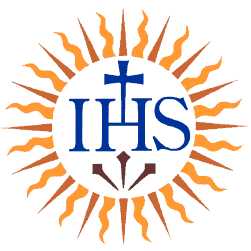 The Society of Jesus (Latin: Societas Jesu), commonly known as the Jesuits or Jesuits, is an order in the Roman Catholic Church known for its discipline. The Society was founded in 1534 by a group of graduate students from the University of Paris who were friends of Iñigo López de Loyola (Ignatius Loyola). They vowed to continue their friendship after they finished their studies, lived in biblical poverty and went on missions in Jerusalem. They call themselves amigos en el Señor — friends in the Lord.

On August 15, 1534, Ignatius Loyola and six other students (Francis Xavier, Alfonso Salmeron, Diego Laynez, and Nicolas Bobadilla, all Spaniards, Pierre Favre of France and Simão Rodrigues, Portuguese) met at Montmartre outside Paris, possibly near the Chapel. St. Denys, Rue Antoinette, in the present. They founded the Society of Jesus to "carry out ministry and mission in Jerusalem, or to go anywhere without asking questions, obeying the orders of the Pope." In 1537 they went to Italy to get the Pope's approval of their order. Pope Paul III gave them his approval and allowed them to be ordained as priests in the Catholic Church. They were ordained in Venice by Bishop Arbe (June 24). They devoted themselves to spreading Catholicism and charity work in Italy, as their plans for a trip to Jerusalem were hindered by the outbreak of war between the emperor, Venice, the Pope, and the Ottoman Empire. Together with Favre and Laynez, Ignatius traveled to Rome in October 1538, to obtain the Pope's approval of the constitution of the new order. A council of Cardinals gave a positive report on the proposed constitution, and Pope Paul III confirmed the order through the Papal Bull Regimini militantis Ecclesiae (27 September 1540), but limited the number of members to 60. This limitation was abolished through the bulla Injunctum nobis (14 March 1543). Ignatius was elected as the first general ruler. He sent his friends as missionaries throughout Europe to establish schools, colleges, and seminaries. Ignatius wrote the Constitution of the Society of Jesus which was passed in 1554. This constitution created an organization with a single leadership and established self-denial and absolute obedience to the Pope and his leaders. Its central tenet became the Jesuit Motto: Ad Maiorem Dei Gloriam ("for the greater glory of God").

The Society of Jesus was founded to coincide with the Catholic Reformation (Counter-Reformation), a movement within the Catholic Church aimed at fighting the Protestant Reformation (whose teachings spread throughout Catholic Europe). They practice total obedience to the Scriptures and Catholic doctrine. Ignatius once stated in his Spiritual Exercises: "I believe that the white I see is black if the Church hierarchy defines it." Ignatius Loyola and his Jesuits believed that the renewal of the Church must begin with a conversion of heart. One of the main means of producing it is the Spiritual Exercises called Ignatian retreats. For four weeks in silence people underwent guided meditation on the life of Christ. During that time, they regularly met with a spiritual director who helped them understand God's call or message through their meditation. This retreat follows the Purgatory-Enlightenment-Unity pattern according to the mystical tradition of John Cassian and the Desert Fathers. Ignatius created an innovation that made this contemplative mysticism accessible to all, and used it as a means of rebuilding the spiritual life of the Church. The Jesuits also founded many schools, which attracted the children of the elite because of their advanced teaching methods and high morals. The Jesuit school played an important role in winning several European countries back to Catholicism, after several