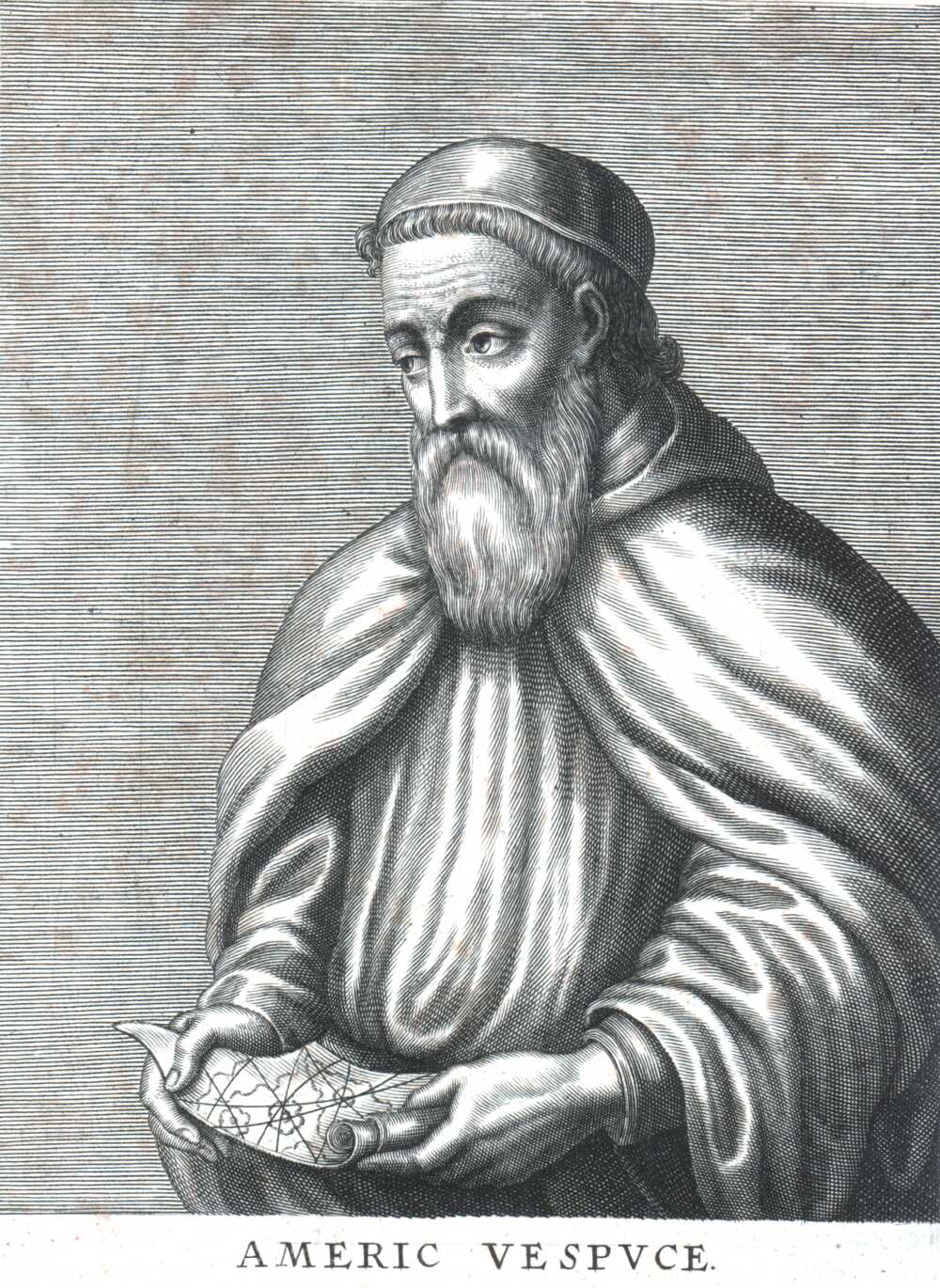 Amerigo Vespucci (Florence, 9 March 1454 - Seville, 22 February 1512) was an Italian navigator, explorer and cartographer, first a citizen of the Florentine Republic and then a subject of the Kingdom of Castile from 24 April 1505. He was the first explorer to realize, during a voyage in the service of the Kingdom of Portugal in 1501, that the newly discovered lands west of the Atlantic Ocean were not the extreme offshoot of East Asia, as was initially believed, but a part of an unknown continent which he called the new world, and which was later named America in his honor. Amerigo was one of the greatest representatives of an important noble family of Florence, the Vespucci, who owned the properties in Borgo Ognissanti near the church of Ognissanti where there is the Vespucci chapel, located on the right in the nave.

Third son of Anastasio or Nastagio di Amerigo Vespucci, Florentine notary, wealthy and remembered as a good wine drinker, and of Elisabetta or Lisa di Giovanni Mini, noblewoman of Montevarchi, was born on March 9, 1454, and was baptized on March 16, 1454, as testifies to the baptismal act of S. Maria del Fiore. In 1489 he moved to Seville on behalf of the banker Lorenzo il Popolano and in that city he met Christopher Columbus. In 1499 he joined Alonso de Ojeda, who had been commissioned by Spain to explore the coasts of the alleged Indies reached by Columbus in a southerly direction. Navigator and profound scholar of the seas, during his travels he explored much of the eastern coasts of South America. He was among the first supporters of the idea that Christopher Columbus had discovered a new continent and not a western route to reach the Far East by sea. The figure of Amerigo Vespucci is controversial because of his letters, whose authenticity has often been questioned: the Mundus Novus ("New World") and the Letter (or "The fourth journey"). Some argue that Vespucci exaggerated his role and romanticized the events, others that he counterfeited the originals of other travelers of the time. The two contested letters speak of four trips to America. There is currently a dispute between some illustrious historians (Germán Arciniegas and Gabriel Camargo Perez) who argue that Vespucci's first voyage would have taken place together with Juan de la Cosa in June 1497, with probable commander Juan Díaz de Solís, and others who believe that this journey never happened. Amerigo Vespucci and his letters have been particularly studied by Bruno Bonari, who has published three books concerning his life and his controversial writings, trying to clarify the life of this Navigator.In any case, in his letters Amerigo Vespucci described the mainland visited as a "New World" and was the first to realize he was in the presence of a new continent. Whether or not he was the first European to arrive in the American mainland (June 24, 1497), curiously the same day that Giovanni Caboto set foot on the island of Cab Breton, in the territory of Nova Scotia, is of no particular importance. What matters is that in his letters, addressed to Lorenzo il Popolano, he describes in great detail the new territories, the peoples visited, the fauna and realizes that that new continent cannot be Asia. It was the rapid spread of letters circulating in his name that led the German cartographer Martin Waldseemüller to use the feminine gender (America) of his Latinized name (Americus Vespucius), to indicate the new continent in a map of the world drawn in 1507, contained in the Cosmographiae Introductio. Waldseemüller's idea was that the name referred to present-day South America, that is, to the lands touched by Vespucci. Below is a passage from one of the letters, in which Vespucci realizes that he is in the presence of "the fourth par