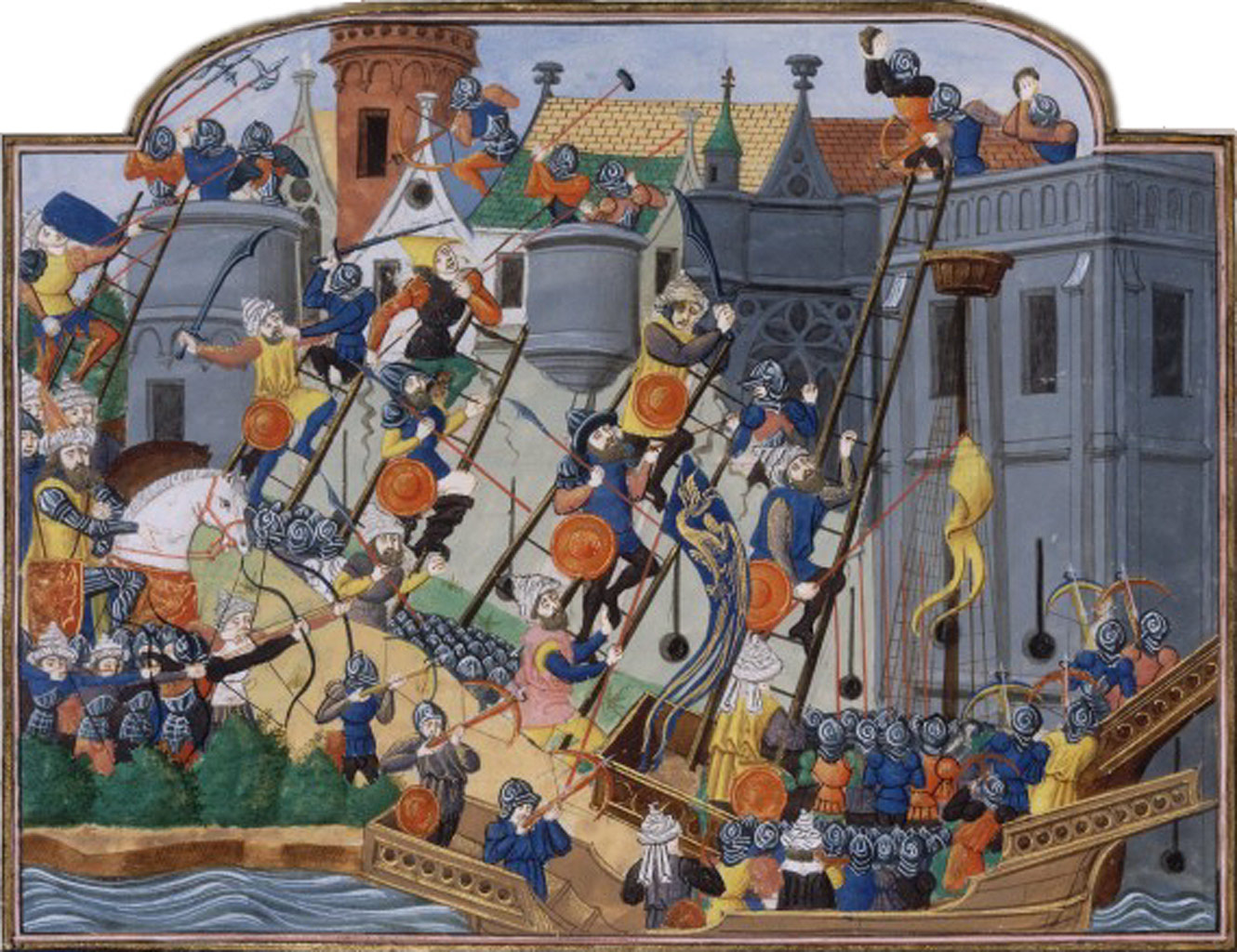 Siege is a war situation in which an army surrounds and controls the accesses to a location, usually fortified, in order to force the defenders to surrender or conquer it by force. Whoever carries out a siege aims to isolate those who suffer it so that they can no longer have communications with the outside and that they are unable to receive supplies of food or means. This usually happens by surrounding the target with your army. The first news of sieges comes from very ancient sources. Archaeological excavations in the Middle East have confirmed that even the oldest cities had walls. The art of siege is called poliorcetic.

Siege in ancient and medieval times

In ancient times, the walls were an essential defense system, and were built with mud brick, stone, wood, or a combination of these materials according to local availability. The grandeur of the walls was a symbol of the power of the kingdom: having a mighty wall could serve as a deterrent against an attempted siege. The walls of the Sumerian city of Uruk, those of Babylon and those built by the Hittites are famous for their cyclopean dimensions. Despite some stories, mostly of a mythological nature, and some documents or representations, there is very little historical information at our disposal. Several sieges conducted by the Egyptian civilization are testified by representations and archaeological finds. There is news of a siege conducted, in the thirteenth century BC, by the army of Ramses II against the Syrian city of Dapur. The Assyrians besieged several Middle Eastern cities bringing innovations in siege techniques. The Assyrian siege of Jerusalem, in the eighth century BC, ended with the corruption of the besiegers to whom the Israelites paid tribute (according to the Assyrian version) or with the conquest of the Assyrian camp (according to the biblical source). The Bible also tells of the miraculous fall of the walls of Jericho. Sources from the 8th century BC they tell of several sieges conducted by the Nubians in Egypt. The Macedonian army of Alexander the Great was engaged in several sieges; famous is that of the fortress called "Rocca di Sogdiana" or Rocca di Ariamazes, considered conquerable only by "soldiers with wings" and conquered in 327 BC. by a team of 300 rock climbers who then, with sheets, made the defenders believe they had arrived by air. Throughout ancient times, siege was essentially the static blocking of the entrances and exits of a besieged fortified place. The siege was thus reduced to a race to exhaustion where the two armies were separated by the impassable obstacle of the city walls. The static block was the only alternative for an ancient army, such as the Greek or Roman one made up of hoplites or legionaries traditionally conceived in the field of battle in the open field. However, the investment of a fortification and the attempt to resolve a siege by force were not alien to the mentality of the ancients. Indeed, it is precisely in the classical era that the first poliorcetic treaties are developed and the first machines designed specifically to run over the opposing fortifications are built. In ancient Greece and Rome, pitched battles were believed to be the only true form of warfare. Nevertheless, we must not fall into the temptation to underestimate the importance that the siege action could have in the war framework of that era. Hannibal was unable to defeat the power of Rome because, despite having defeated the Roman armies in the open, he was unable to block the city of Rome. On the other hand, the armies of republican and imperial Rome were also particularly well versed in siege warfare: the conquest of Gaul by Julius Caesar was a series of sieges that culminated in that