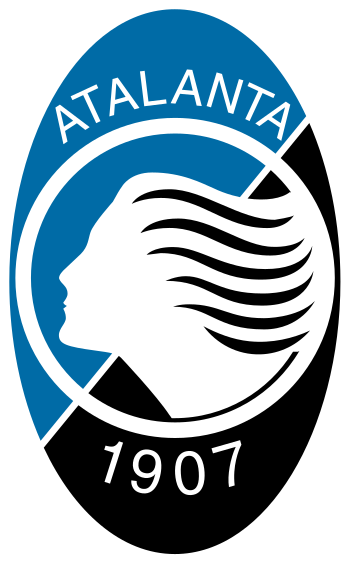 Atalanta Bergamasca Calcio, better known as Atalanta, is an Italian football club based in the city of Bergamo. Founded on October 17, 1907, it is nicknamed "queen of the provincials" because, having taken part in 61 editions of Serie A in a single group, it is the team with the highest number of appearances in the top Italian football league and among those that do not represent capitals of region and among those that have never won the Scudetto. The club holds the absolute record for promotions in the top flight and is, like Genoa, the one that has won a cadet championship several times. On a national level, she reached the final of the Italian Cup on five occasions, winning the trophy in the 1962-1963 edition, while in the Serie A championship she obtained third place as the best result, a placement achieved three times in a row in the editions 2018-2019, 2019-2020 and 2020-2021. The club also participated in three editions of the UEFA Champions League, two of the UEFA Cup Winners' Cup and four of the UEFA Cup / Europa League; having reached, while playing in Serie B, the Cup Winners' Cup semi-final in the 1987-1988 season, it is the team that achieved the best result in a non-militant UEFA competition in the top league of their country. Atalanta is twelfth in the ranking of the Italian sporting tradition according to the criteria of the FIGC, and since 2019 is a member of the European Club Association.

Founded on October 17, 1907 by high school students Eugenio Urio, Giulio and Ferruccio Amati, Alessandro Forlini and Giovanni Roberti as the Bergamasque Society of Gymnastics and Athletic Sports Atalanta, Atalanta derives its name from the homonymous heroine of Greek mythology. he created his own football section, an association officially recognized by the FIGC only in 1914, at the time of the inauguration and testing of the playing field: up until that year, the Bergamo players, with Juventus club colors, had only played friendly matches. In the 1914-1915 season, the first on an official level, the team participated in the Promotion championship, the second division of the time. In 1920 it merged with the Bergamo area, giving life to the current denomination and colors. In the twenties, the team played its first top flight championships (First Category), only to be relegated to the second division, from which it dates back to 1928, when it won the First Division championship (with the Hungarian Imre Payer on the bench). The team returned to the newly formed Serie B after only one season, and in 1933 risked bankruptcy, saving itself thanks to a collection of sportsmen and the sale of Carlo Ceresoli, the most representative element, to Ambrosiana Inter for 100,000 lire. After other B championships closed in mid-table, Atalanta obtained promotion to Serie A in 1937 at the end of the 1936-1937 season, but immediately relegated. After two seasons he returned to the top flight and, as a newly promoted player, obtained a sixth place in the standings in the 1940-1941 season; also in the following years, he is noted for his excellent performances against the listed teams (for example, winning many times with the Grande Torino), also conquering a fifth place in the standings in the 1947-1948 season. The club remained uninterrupted in the top flight until the end of the 1958-1959 season, for a total of 17 consecutive championships (company record of consecutive championships in the first division). At the beginning of the sixties, the people of Bergamo began to participate in European competitions, appearing well in the Mitropa Cup (semifinal in 1962), in the Friendship Cup and in the Alpine Cup (losing a final in 1963 with Juventus). At the end of the 1962-1963 season, Atalanta won their first Italian Cup; the debut in the UEFA Cup Winners' Cup follows. In 1969 comes a new relegation to Serie B, while the seventies are dear