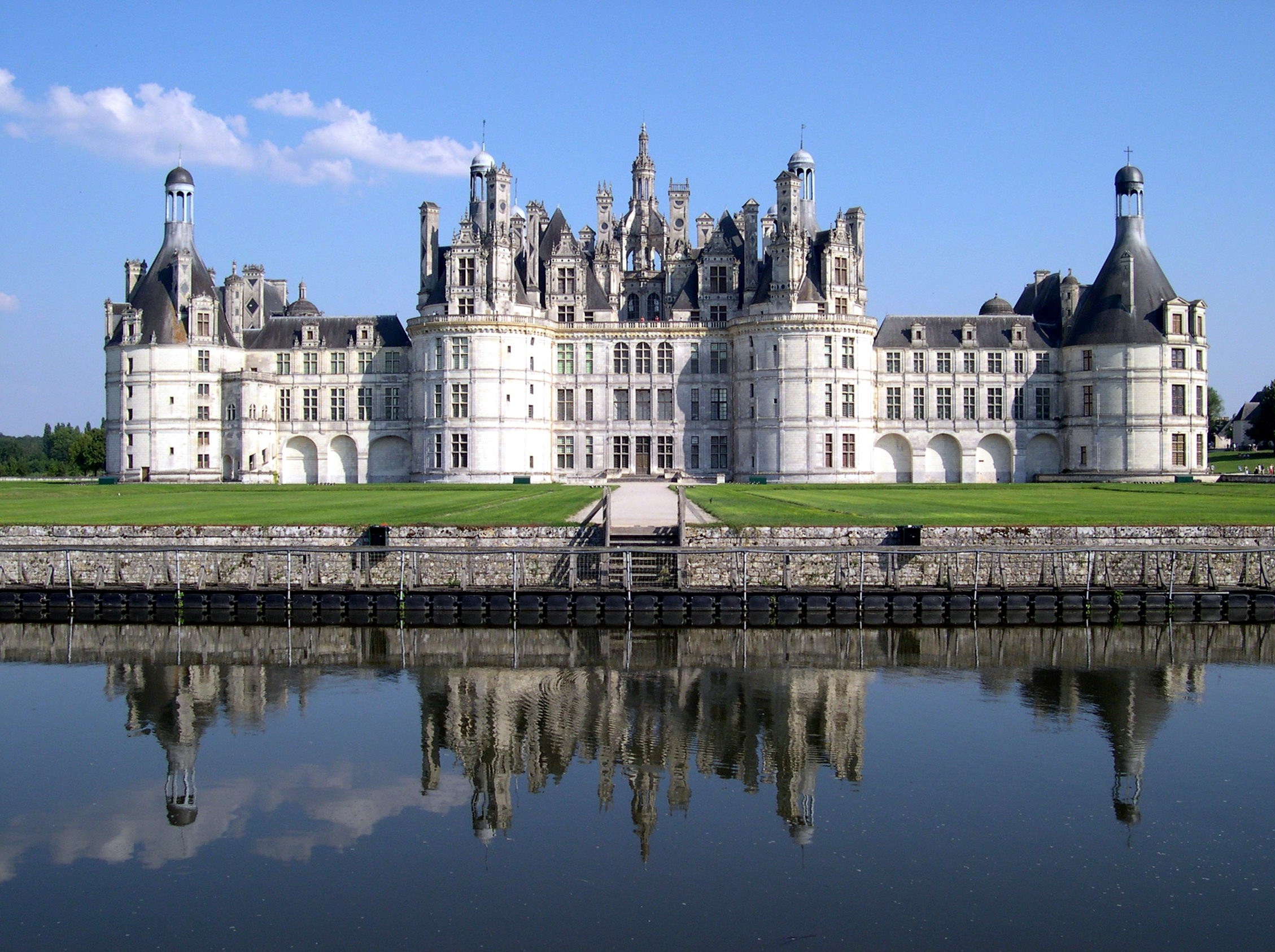 Chambord Castle is the largest of the Loire Valley castles and one of the best known and most popular. It was built by the will of King Francis I starting in 1519 near a bend in the Cosson river, a tributary of the Beuvron which flows into the Loire. It is located in the Loir-et-Cher department, 14 km north-east of Blois and about 6 km from the left bank of the Loire. The castle was one of the residences of the French kings and is one of the most significant examples of Renaissance architecture in France. In 1981 it was inscribed in the list of World Heritage Sites by UNESCO, which is still part of the entire Loire Valley since 2000. Since 1840 the castle has been part of the historical monuments of France and in 2005 it was registered in the circuit of the European royal residences.

Since the 10th century, the site housed a fortified residence consisting of a castral motte owned by the counts of Blois. In the 14th century around the castle there was a chapel, an oven and mills on the Cosson. It was the watercourse that gave the village its name: the toponym "Chambord" could in fact derive from the Celtic Cambo ritos, or "ford on the bend [of Cosson]". Some documents signed by Tybalt VI of Blois and his widow Clemenza di Roches, dated between the end of the 12th and the beginning of the 13th century, were signed in Chambord. Together with all the possessions of the counts of Blois, the castle passed from Châtillon family to the dukes of Orléans in 1397, only to be annexed to the crown of France when Louis of Orleans became Louis XII in 1498; already at that time the castle had no defensive functions and had become a simple hunting lodge.

The reign of Francis I

In 1516 Francesco I, returning from Italy after the success in the battle of Marignano, decided to build a castle on the edge of the wooded area of ​​Chambord to celebrate his glory. The king's idea was to found a new city, Romorantin, and build a large residence based on the canons of the new Renaissance architecture as described by Leon Battista Alberti in the treatise De re aedificatoria, merging elements of Italian derivation with elements from the French tradition. On September 6, 1519, King Francis I gave the order to his chamberlain, François de Pontbriand, to draw up a list of the expenses necessary for the construction of the castle: from then on the construction of the large palace began which would have had the function not of permanent residence, but of a hunting lodge under the dependencies of the castle of Blois; in fact, the king, a great lover of hunting, would have stayed there for only 42 days in 32 years of reign together with his second wife, Eleonora of Habsburg, and his favorite, Anne d'Heilly. This architecture was to celebrate its builder, Francesco I, nicknamed the "architect prince". The original project included only a keep with four circular towers at the corners, which on each floor had four rooms arranged around the central staircase. Although almost all the original documents on the design of the castle have been lost, it is possible that Leonardo da Vinci, who settled in Amboise at the end of 1516, also participated, as did the architect Domenico da Cortona. of several buildings, including the castle of the counts of Blois and the chapel connected to it, and the construction of the foundations of the keep. After being interrupted between 1525 and 1526 due to adverse events such as the defeat of Pavia and the king's imprisonment in Madrid, and after suffering a slowdown due to lack of funds and the difficulty in laying the foundations (in 1524 the walls were barely at ground level), the work resumed with changes that included the addition of two side wings,

INSERT INTO `wiki_article`(`id`, `article_id`, `title`, `article`, `img_url`) VALUES ('NULL()','Castello_di_Chambord','Chambord Castle','After being interrupted between 1525 and 1526 due to adverse events such as the defeat of Pavia and the king's imprisonment in Madrid, and after suffering a slowdown due to lack of funds and the difficulty in laying the foundations (in 1524 the walls were barely at ground level), the work resumed with changes that included the addition of two side wings,','https://upload.wikimedia.org/wikipedia/commons/8/80/France_Loir-et-Cher_Chambord_Chateau_03.jpg')