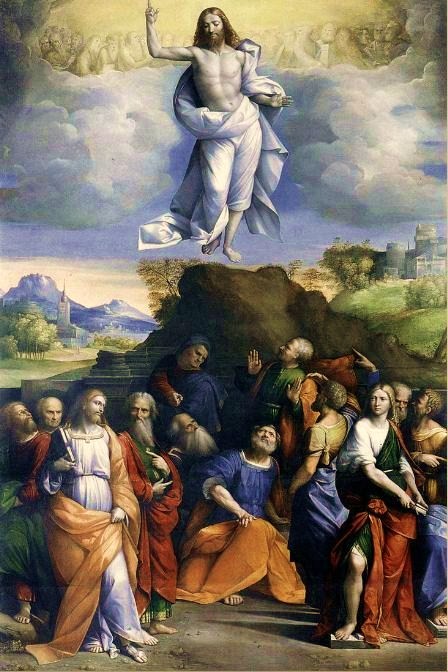 Christianity is a monotheistic religion, originating from Judaism in the first century, founded on the revelation, or on the coming and preaching, contained in the Gospels, of Jesus of Nazareth, understood as the son of the God of Israel and therefore God himself, incarnate , died and risen for the salvation of humanity, or the promised Messiah, the Christ. Classified by some as an "Abrahamic religion", together with Judaism (from which it was born) and Islam, it is the most widespread religion world, with an estimated 2.4 billion faithful, equal to 31.1% of the earth's population in 2021.

Christianity emerges in the first century as a syncretism unifying the various religions of the Mediterranean world: Mesopotamian-Canaanite-Egyptian religions, of which Judaism was an offshoot (whose scriptures acquired centrality in Christianity), and Greco-Roman religions; at the beginning it presents itself with the double aspect of Judeo-Christianity (whose members were exclusively converted Jews, and believed that only the circumcised could be saved) and ethno-Christianity (or Christianity of the Gentiles, that is the pagans, that is the "people" , the peoples defined by their own genealogy, which in any case had to observe the law of Moses), as can be deduced from the accounts of the Acts of Luke and from some letters of Paul (such as the Letter to the Galatians, the letters to the Corinthians), showing however that the two souls coexist without any split, and to have reached a formula of concord with the first council of Jerusalem (Acts 15). Christians took from Judaism its Holy Scriptures, later defined as the Old Testament, in the version translated into Hellenistic Greek (also due to the prevalent Greco-Roman origin of the majority of the first adepts), fundamental doctrines such as monotheism, faith in a messiah or christ, some forms of worship (including the priesthood), concepts of sacred places and times, the idea that worship should be modeled after the celestial model, the use of the Psalms in common prayers. Christianity as a religion distinct from the Jewish one began to take shape after the so-called "Synod of Jamnia" in which a strong position was taken on the extraneousness of the "Way" from Orthodox Judaism, starting from the second half of the second century. Subsequently, the post-apostolic Church slowly organized itself around the so-called pentarchy of the five patriarchates of Rome, Constantinople, Alexandria, Antioch and Jerusalem. Initially, there was a centuries-old critical dispute between various currents for the formation of early Christianity, currents that referred to various collections of texts considered sacred, including the vast and heterogeneous movement of Gnosticism. This dispute ended in the fourth century with the conversion of Emperor Constantine I (probably baptized on the verge of death by a bishop of the Aryan faction) who called for the Council of Nicaea to bring out a single current and eliminate the others. At the same time Christianity became an officially approved religion and the Christian bishops, previously victims of military power, passed to the command. In 313 the Emperor Constantine promulgated the Edict of Milan, which sanctioned the freedom of worship to Christians within the Roman Empire. In 380 Theodosius with the Edict of Thessalonica made it the only official religion of the Roman Empire, also resorting to bloody means to repress the resistance of the pagans. In 1054 theological disputes about Trinitarian dogmas, ecclesiastical celibacy and other minor issues culminated in the Great Schism between the Catholic Church and the Orthodox Church. About five centuries later, the indulgence scandal prompted Luther to cause another schism and thus to found Protestantism. In Eastern Europe, the establishment of Marxist regimes, by definition materialist, has resulted in a process of planned de-Christianization of the state which is