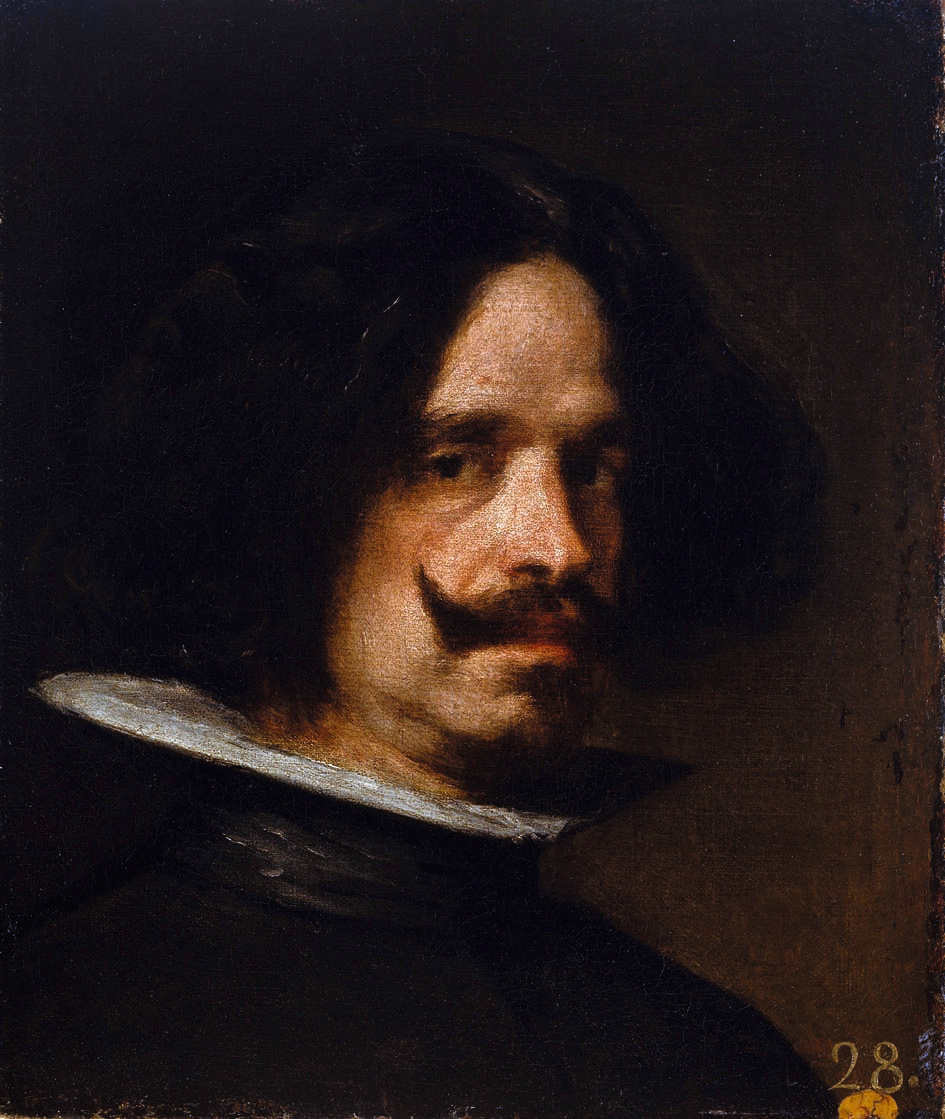 Diego Rodríguez de Silva y Velázquez (AFI: [ˈdjeɣo rroˈðriɣeθ ðe ˈsilβa i βeˈlaθkeθ]), simply known as Diego Velázquez, (Seville, baptized June 6, 1599 - Madrid, August 6, 1660) was a Spanish painter, the most important among those present at the court of King Philip IV. He was one of the most representative artists of the Baroque era and a great portrait painter. Between 1629 and 1631 he spent a year and a half in Italy with the intention of traveling and studying the works of art present in the country, returning there in 1649. In addition to numerous versions of well-known historical and literary scenes, he painted many portraits of members of the Spanish royal family, of other important European figures of the time and also of ordinary people, an activity that reached its peak with the creation of the masterpiece Las Meninas. From the first half of the 19th century, Velázquez's work represented a model that inspired the painters of the Realist and Impressionist movements, in particular Édouard Manet. Since then, other modern artists, including Spaniards Pablo Picasso and Salvador Dalí and Anglo-Irish Francis Bacon have also paid their tribute to Velázquez by reinterpreting some of his most celebrated works. Currently he is considered one of the main representatives of Spanish painting and one of the masters of universal painting.

Velázquez was born in Seville, Andalusia, a few days before June 5, 1599 (June 6 is the day he was baptized in the city church of San Pedro), son of Juan Rodríguez de Silva (real name João Rodrigues da Silva), a lawyer of Portuguese origin, and of Jerónima Velázquez, belonging to the class of the hidalgo, the Spanish minor nobility. His paternal grandparents, Diogo da Silva and Maria Rodrigues, were Portuguese and had moved to Seville decades earlier. When offered the title of knight in 1658, Velázquez claimed membership in the minor nobility; in reality, however, his grandparents were traders and possibly Jewish converts. As was customary in Andalusia, Velázquez usually used his mother's surname. His parents gave him a very religious education and, since they wished to initiate him into an intellectual profession, he received a good linguistic and philosophical preparation. However, he soon proved to have an artistic talent and, therefore, began to study at the studio of Francisco Herrera the Elder, an energetic painter who despised the influence of Italian art on the first school of painting in Seville. Velázquez stayed with him for a year. Probably it is from Herrera that he learned to use long-bristled brushes.After leaving Herrera's studio at the age of twelve, Velázquez began apprenticing to Francisco Pacheco, another Seville artist and master. Although he is commonly considered a mediocre painter with no particular virtues, Pacheco sometimes expressed himself with a simple and realistic style, opposite to that of Raffaello Sanzio that he had been taught. Velázquez stayed in Pacheco's studio for 5 years, studying proportions and perspective and witnessing the succession of trends in the city's literary and artistic circles.

By the early years of the 1620-1630 decade he had already managed to build a good reputation and social position in Seville; his wife, Juana Pacheco (1 June 1602, 10 August 1660) daughter of Francisco Pacheco, whom he had married in 1618, gave him two daughters. The youngest, Ignacia de Silva Velázquez y Pacheco, died in infancy, while the eldest, Francisca de Silva Velázquez y Pacheco (1619-1658), grew up normally and ended up marrying the painter Juan Bautista Martínez del Mazo in 1633. that period Velázquez made several noteworthy works such as the paintings with sacred subjects