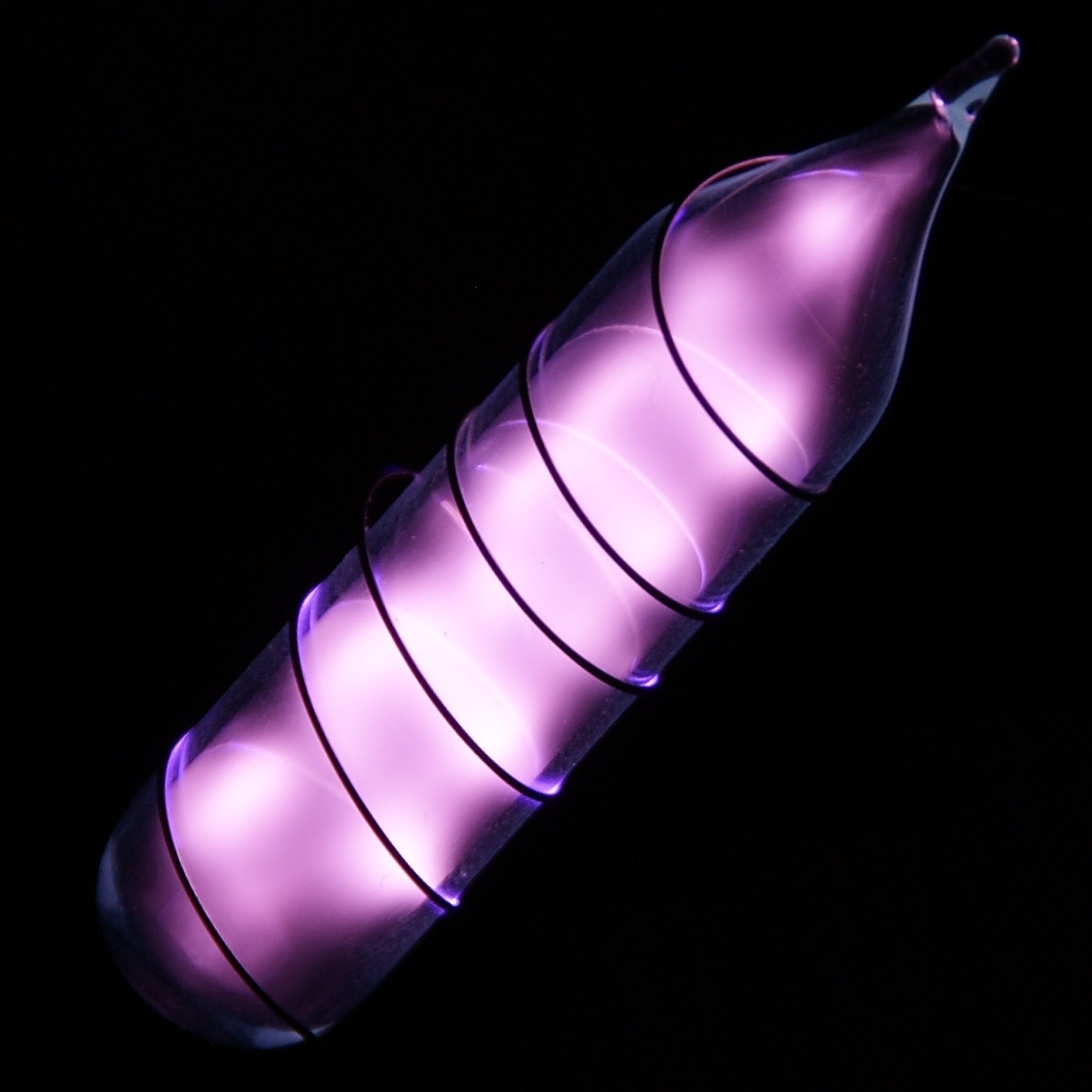 Helium (from the Greek ἥλιος, hḕlios, "sun") is the chemical element of the periodic table which has the symbol He and the atomic number 2. It is a colorless, odorless, tasteless, non-toxic and inert noble gas. It occurs as a monatomic gas, this is explained by analyzing the OM energy diagrams for the (fictitious) molecule He2, in fact the two electrons in the antibonding OM destabilize the bond to such an extent that it is not formed. After hydrogen, it is the second lightest element and the second most abundant in the observable universe, being present in about 24% of the total elemental mass, which is more than 12 times the mass of all the heaviest elements together: the its abundance is similar to these data both in the Sun and on Jupiter; this is due to the very high nuclear binding energy (per nucleon) of helium-4 (4He) with respect to the three elements following helium; this binding energy also explains why it is a product of both nuclear fusion and radioactive decay. Most of the helium in the universe is helium-4, and is believed to have formed during the Big Bang; large amounts of new helium are continually created by the nuclear fusion of hydrogen that occurs in stars. It is named after the Greek god of the sun, Helium. It is the element with the lowest boiling point of all elements. It can solidify only if subjected to very high pressures. In liquid form it is used in cryogenics (its largest single use, which uses about a quarter of production), in particular in the cooling of superconducting magnets, with the main commercial application represented by nuclear magnetic resonance equipment; other industrial uses of helium are the pressurization and purging of gases, the creation of a protective atmosphere for arc welding and for particular processes such as the growth of silicon crystals; a minor use is that of lifting gas for sounding balloons and airships or as a gas in mixtures for deep diving. As with any gas whose density is different from that of air, inhaling a small volume of helium temporarily changes the timbre and quality of the human voice. In scientific research, the behavior of the two fluid phases of helium-4 (helium I and helium II), is important for researchers studying quantum mechanics (in particular the superfluidity property) and for those who experience certain phenomena , such as superconductivity, and the products of matter near absolute zero. On Earth it is relatively rare: 5.2 ppm (parts per million) by volume in the atmosphere. Most of the Earth's helium present today was created by the natural radioactive decay of heavy radioactive elements (thorium and uranium, in particular), as the alpha particles emitted by these decays are composed of helium-4 nuclei. This radiogenic helium is trapped in natural gas in large concentrations, around 7% by volume, from which it is commercially extracted using a low-temperature separation process called fractional distillation. In the past, helium was thought to be a non-renewable earth resource since once released into the atmosphere it easily escaped into space. However, recent studies suggest that the helium produced deep in the earth by radioactive decay is able to collect in natural gas reserves in doses greater than those expected; in some cases it can be released by volcanic activity.

Helium was discovered by the French Jules Janssen and the English Norman Lockyer, independently of each other, in 1868. Both were studying sunlight during an eclipse and, analyzing its spectrum, they found the emission line of a unknown element. Edward Frankland confirmed Janssen's discovery and proposed that the name of the el