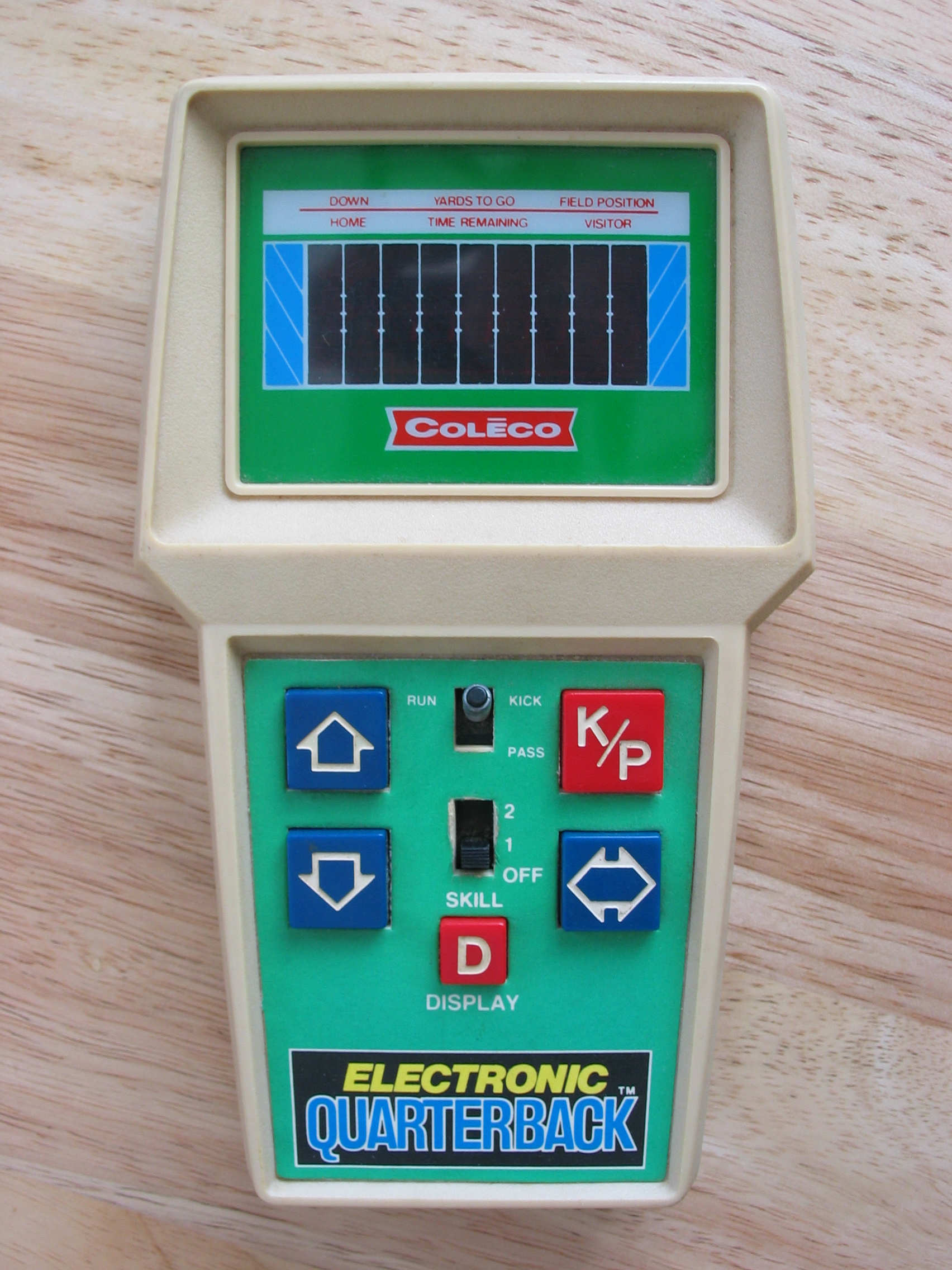 An electronic game is a device based on electronic data processing and dedicated to playful entertainment. In particular it is a video game when it is based on animated images on a screen. Otherwise, to interact with the player can make use of LEDs, VFD displays, speakers, moving parts, etc. A typical feature of electronic games, which distinguishes it in particular from traditional infantile games, is the absence of bodily physicality; the player is only required to be able to make decisions and control the inputs of the device, generally buttons or joysticks, in response to the visual and sound stimuli generated by the electronics. The first electronic games, at the beginning purely electromechanical, were pinball machines and slot machines, popular in mass starting from the 1950s. Nowadays, given the great diffusion of devices equipped with screens (computers, consoles, mobile phones), electronic games they are mainly video games and the two expressions are sometimes considered synonymous.

Portable electronic games (also called hand-held in English) began to spread in the late 1970s. Early examples include Mattel Auto Race (1976, believed to be the first fully digital handheld game), Merlin (1978), the Microvision console (1979). In the 80s thin and light games based on an integrated LCD screen, but without pixel definition, found a lot of diffusion; the action is represented by small monochrome figures, black or gray-blue, which can only appear or disappear in some predefined positions. There are often colored decorations printed above or below the screen and there is basic audio. The games are simple and based on quick reflexes; many are adjustable in A or B mode which correspond to two difficulties. The appliance has minimal power consumption and usually also has a clock and alarm function. Among the major manufacturers were Nintendo (known for the Game & Watch line, 1980-1991), Polistil (Time & Fun or Schiacciapensieri line), Bandai (Solarpower solar-powered LCD line). Although it is the commercial name of the Polistil line, the name "pensiapensieri" in Italian also became par excellence the name of this genre of games. Devices dedicated to a single game were then largely overtaken by portable consoles and later by mobile video games.

Electronic tabletop games, identical in conception to portable electronic games, are larger and designed to be used leaning against a table, and are not infrequently dedicated to challenges between multiple players. The tabletop had great success in the second half of the 70s and the first of the 80s, and then declined with the affirmation of home video games. Among the major manufacturers of similar devices were Coleco, Nintendo, Milton-Bradley, Tomy. These units often had the appearance of small arcade cabinets, which increased their appeal to the public who wanted to own a real cabinet. There is no shortage of examples of uses other than the video game, among which we can mention the famous musical game Simon by Milton Bradley, as well as the numerous electronic pinball machines. Some educational games are also electronic, such as the Sapientino produced by Clementoni.

Like the aforementioned pinball machines and slot machines, electronic games also include machines available to the public, for example in arcades, generally operating automatically with tokens. Other examples include arcade video games, video poker, mechanical fishing, catch the mole (the player has to hit the targets sticking out of the machine with a rubber mallet), basketball machines (the player has to throw balls into a basket, the machine counts the shots and the score).