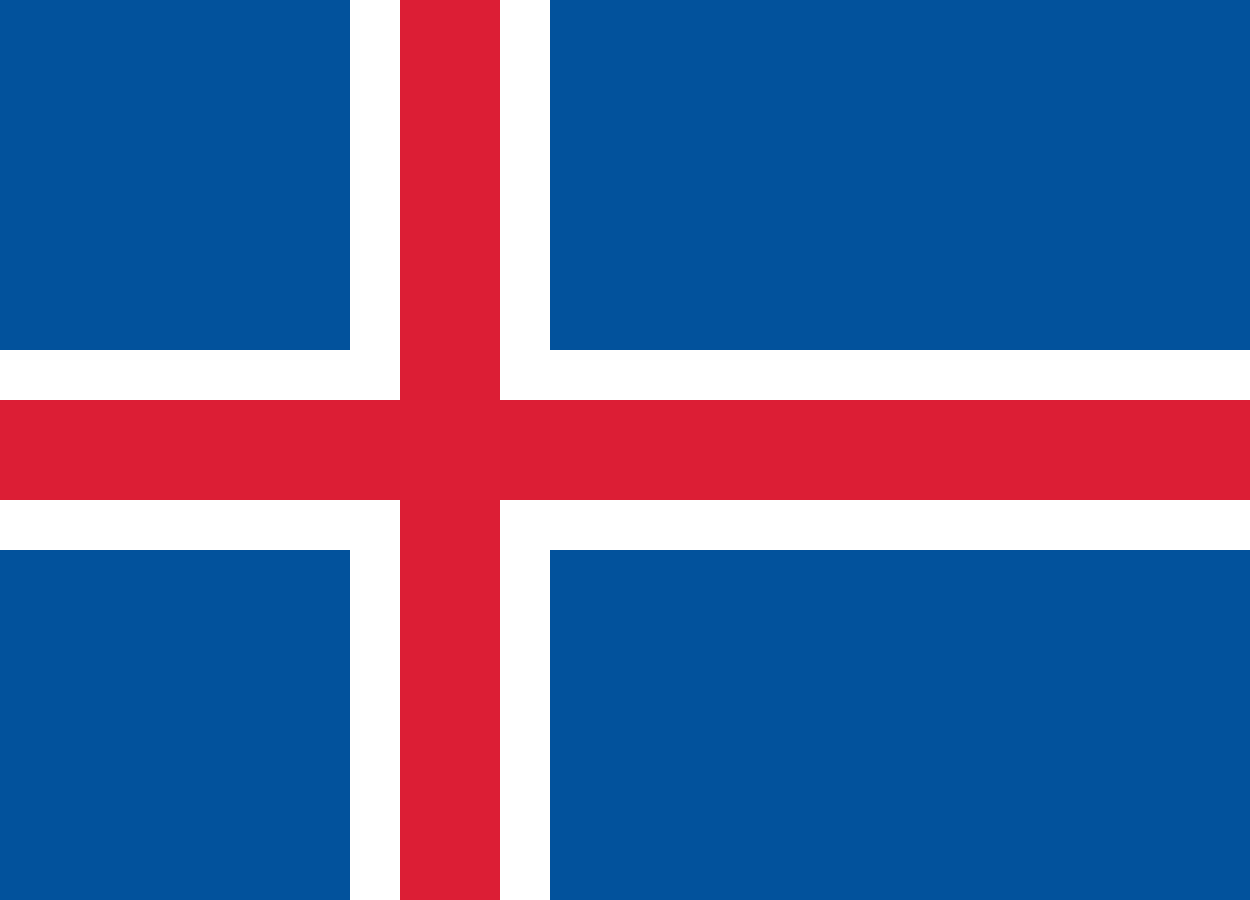 Iceland (Icelandic: Ísland [ˈistlant]), officially the Republic of Iceland (Icelandic: Lýðveldið Ísland), is an island nation in Northern Europe and is part of the Scandinavian Region. It is located in the North Atlantic Ocean, between Greenland and Great Britain, northwest of the Faroe Islands. Iceland is bordered to the north by the Greenland Sea, to the east and south by the North Atlantic Ocean and to the west by the Strait of Denmark. In 2020 the population was 366,700 inhabitants; this makes it one of the least populated countries in Europe. The capital is Reykjavík, the nation's most populous city with around 125,000 inhabitants, while the second most important city is Akureyri with around 20,000 inhabitants. Located on the mid-Atlantic ridge. Iceland has a marked volcanic and geothermal activity that strongly characterizes the landscape. The interior mainly consists of a desert plateau, mountains and glaciers, from which many glacial rivers flow towards the sea crossing the plains. The island has various climates, in the north the climate is Polar, the same thing in the center, on the other hand in the rest of the island the climate is cold oceanic thanks to the Gulf Stream which allows for good habitability.

Etymology of the name Iceland

The word "Iceland" comes from the Icelandic Ísland, a Norse term meaning "land of ice", "frozen land", a concept that is present in today's English translation Iceland. The island has had various denominations throughout history. According to the tradition handed down by the Landnámabók, a manuscript that narrates the settlement on the island, the Viking navigator Naddoður discovered the island and was the first to give it an appellation: It is known the name of another explorer who discovered that that land was an island: Garðar Svavarsson, who gave the place his name (Garðarshólmur). The final name was conceived by Flóki Vilgerðarson, who in defining that land Ísland most likely wanted to refer to the Icelandic winter landscape.

The distance from the European continent and from densely populated lands, as well as the difficulty in crossing the impetuous currents of the Norwegian Sea and the cold climate, are the cause of the exclusion of Iceland from the migratory movements of man for a long time, at least until technological innovations did not allow to undertake long-term journeys. There is no certainty about who the first discoverers and explorers of the island were, so much so that it is hypothesized that some information is hidden behind the maps and sources that report the legendary island of Thule, starting with its alleged discoverer, the Greek Pytheas. What is certain is that Iceland was initially inhabited by Irish anchorite monks, the Papars, who, following the example of St Brandan of Clonfert, carried out perilous journeys to test their faith. Perhaps the monks interpreted the substantial migratory movement of birds as the probable presence of a large land beyond the ocean, an intuition potentially facilitated by the relative proximity of the Faroe Islands (450 km), visited by Irish hermits as early as the 6th century. The fact is that already at the beginning of the ninth century the Irish monks knew how to reach the island and some of them had spent a considerable period of stay there. However, there is no evidence of large human migrations or the foundation of a permanent settlement on the island dating back to the time before the arrival of the Viking explorers or the survival of genetic lineages between Icelandic and Irish farmed animals.

During the twentieth century the discovery of six Roman coins, to be precise three Antoninian copper in the county of Suður-Múlasýsla (in the years 1905, 1923, 1933), a