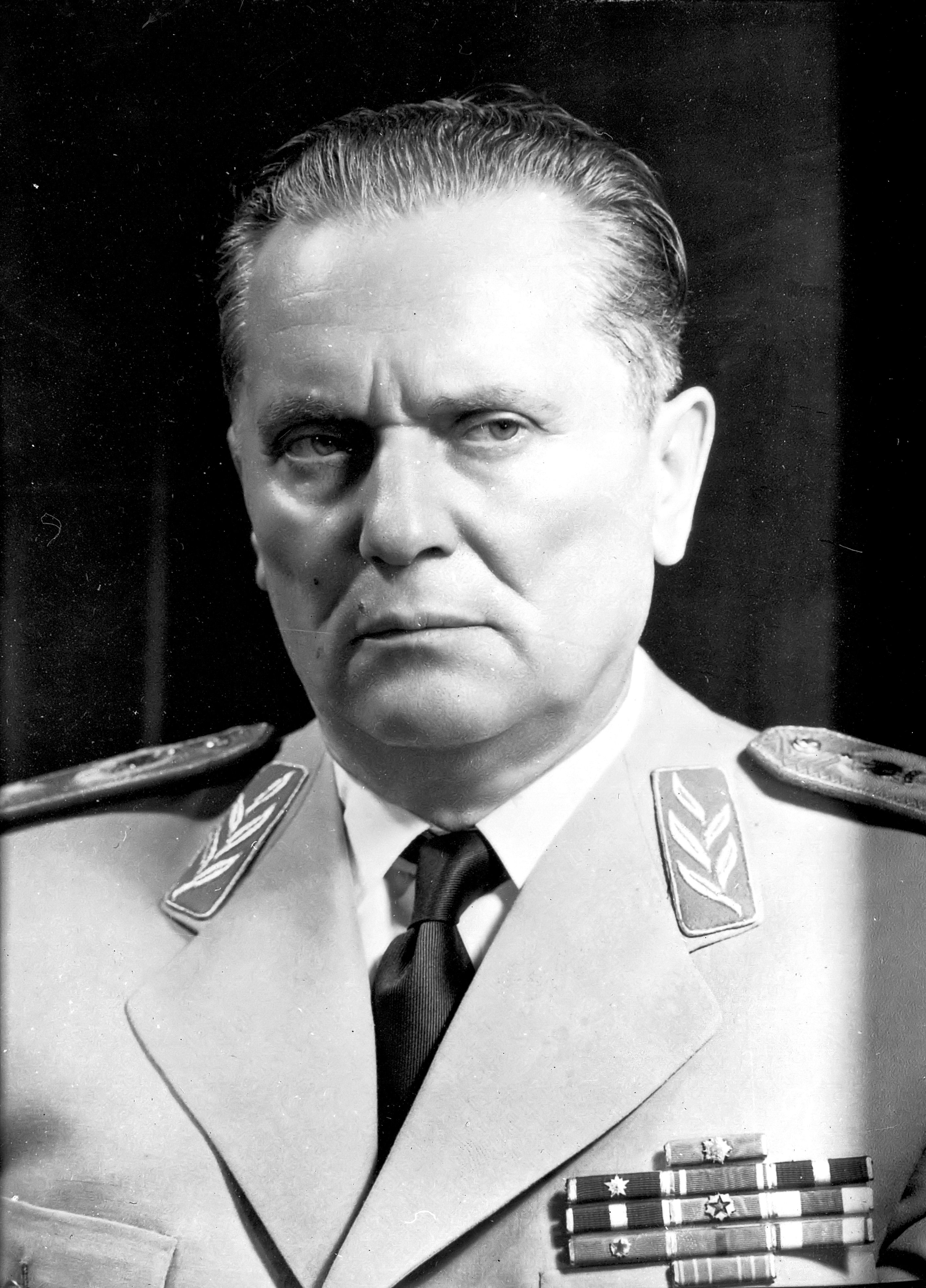 Josip Broz, (in Cyrillic: Јосип Броз), better known as Tito (Тито, pronounced: / jǒsib brôːs tîto /) (Kumrovec, 7 May 1892 - Ljubljana, 4 May 1980), was a revolutionary, politician, military and dictator Yugoslavian. Croatian-Slovenian by birth, Tito soon adhered to the communist ideal, frequenting the Soviet Union a lot. During the Second World War he led the partisan war against the occupation of the Axis forces, often in concert with the Allies, who supported him even after the war and in opposition to the pro-monarchists of gen. Mihailović, from the wavering alliances. He became president of Yugoslavia, transformed into a federal republic, establishing a communist regime sui generis, with strong differences from Soviet communism in the economic field and also with regard to relations with religious authorities. He was also known as Marshal Tito (Serbo-Croatian: Maršal Tito, Маршал Тито). In 1948 he broke with the Soviet Union, later placing himself at the head of a movement of so-called "non-aligned" states, that is, not belonging to either of the two groups that faced each other during the Cold War. He remained at the head of the Yugoslav government until his death. After his death, the tensions between the different ethnic groups of the country, kept repressed thanks to his "iron fist", re-emerged violently and exploded in the wars of the nineties, which dissolved Yugoslavia into several nations.

Josip Broz was born in Kumrovec, a village in the Hrvatsko Zagorje region, at the time part of the Austro-Hungarian Empire (now in the north-west of Croatia), seventh of the fifteen children of Franjo, Croatian, and Marija Javeršek, Slovenian. The family professed the Catholic religion. After spending a few years of his childhood with his maternal grandfather in Podsreda (today in Slovenia), he attended elementary school in Kumrovec until 1905. In 1907 he left the rural environment of his hometown to move to Sisak , where he works as an apprentice blacksmith. In Sisak he confronts the ideas and demands of the workers' movement and in 1910 participates in the celebration of May 1st (Labor Day). In 1910 he joined the Union of Metallurgical Workers and the Social Democratic Party of Croatia and Slavonia. Between 1911 and 1913 he worked briefly in Kamnik (Slovenia), Čenkov (Bohemia), Munich, and Mannheim (Germany), where he worked at the Benz car factory. He then moves to Wiener Neustadt, Austria, where he works at Daimler as a test driver. Meanwhile, in May 1912, he won a silver medal at a fencing tournament in Budapest.

In the Austro-Hungarian army

In May 1913, Josip Broz was enlisted in the Imperial Royal Austro-Hungarian Army, where he distinguished himself in military service, becoming the youngest sergeant major (narednik / Feldwebel / őrmester) of his regiment (according to another source the younger one of the Army). At the outbreak of the First World War, Tito, sent to Ruma, is arrested for carrying out anti-war propaganda. Imprisoned in the Petrovaradin fortress, in 1915 he was transferred to Galicia to fight on the Russian front. Classified in the domobrani of the 3rd battalion of the Hungarian Regio in the infantry regiment n. 25 of Zagreb, he distinguishes himself as a skilled soldier and is recommended for a military decoration. On 25 March 1915, Easter Day, in Bucovina the grenade of a howitzer seriously wounds him and in April (between 10 and 12) his entire battalion is captured by the Russians (Circassians of the "Wild Division") in Okna, today Vikno in Ukraine.

Prisoner and revolutionary in Russia

After thirteen months in hospital, in the autumn of 1916 Tito is sent to a labor camp in the Urals, where the prisoners elect him as their leader. In February 1917, rioting workers enter the prison and free the prisoners. Titus ent