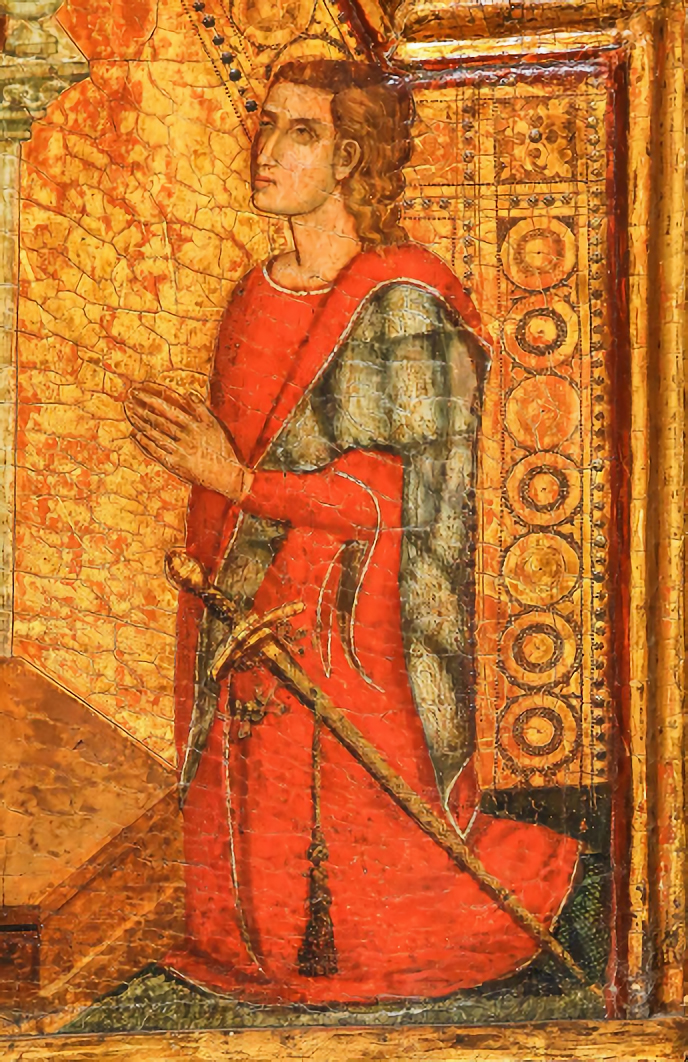 Mariano IV d'Arborea (Marianu in Sardinian, Marianus in Latin, and Marià in Catalan; Oristano, 1319 - Oristano, May 1375) was judge of Arborea from 1347 to his death. Second son of the Sardinian judge Ugone II and Benedetta, he continued and intensified the cultural and political heritage of his father, aimed at maintaining the autonomy of the Giudicato of Arborea and his independence, which he extended to the whole of Sardinia. Considered one of the most important figures in the Sardinian fourteenth century, he contributed to the development of the agricultural organization of the island thanks to the promulgation of the Rural Code, a legislative amendment later included by his daughter Eleonora in the much more famous Carta de Logu. He was also a wealthy patron of the arts, and in his service there were famous sculptors and painters of the period, including Nino Pisano.

Mariano was born in 1319, to a certain Benedetta and Ugone II, judge of Arborea. His father was the son of the previous judge Mariano III d'Arborea and his concubine Padulesa de Serra, despite the fact that at the beginning of the twentieth century the majority of historians believed he was instead a cadet of Mariano II. The latter, son of Peter II and of a certain Sardinia, is considered one of the most important Arborean sovereigns in the Italian and European panorama, married to a great-granddaughter of Emperor Frederick II of Swabia. Pietro II was in turn the son of Ugone I, progenitor of the de Serra Bas as the son of Viscount Poncio de Cervera and of Sinispella d'Arborea, daughter of Barisone I, king of Sardinia.

In 1323 Ugone had asked King James II the Just for his participation in a war against the Pisans for the definitive expulsion of these from the island. In the same year an Arborean embassy led by Archbishop Guido Cattaneo had come to Avignon to stipulate a treaty with Aragon, in which the autonomy of the judged was recognized as long as the judge paid an annual fee of three thousand gold florins. of Florence to the Catalans. A controversial situation thus arose as on the one hand the Arborea considered the kings of Aragon simple allies, while on the other the kings of Aragon treated the de Serra Bas as vassals to be enslaved, albeit with particular autonomy. Contributing to this misunderstanding was the different vision of power between the two dynasties. The royal house of Barcelona was typically marked by feudal power of the European type, while in Sardinia feudalism had never existed and therefore the judges did not recognize it and above all could be considered subordinate to the Catalan sovereign. Initially Hugh II believed to submit to the feudal settings that James II wanted to give to the alliance, but this was only a way to avoid direct war. The kings of Aragon tried in various ways to keep the Arborea allies, from James II to Alfonso IV and then Peter IV. For this reason the Aragonese attributed various awards to the judge and to his children, binding them in kinship ties with marriages, keeping them at court and conferring them various baronial titles. The children of the Arboreas, in court ceremonial, were considered just behind the infants of Aragon. But these concessions did not succeed in transforming the de Serra Bas into riccos homines, that is, into vassal barons of the Aragonese king. To underline a latent fracture between the conception of vassalage in the mind of the sovereign of Aragon and the idea of ​​free judged that the Arboreas had, there was the fact that in the court of Barcelona, ​​the judge's children had no title, because for the judge any baronial rank would have been inferior to that of the judge himself. In any case, the ties, even parental ones, between the Aragona and the Arborea were significant, moreover the presence of the judicial cadets at the Aragonese court was rather assiduous. The same Mariano IV d'Arborea, second son of Judge Ugo