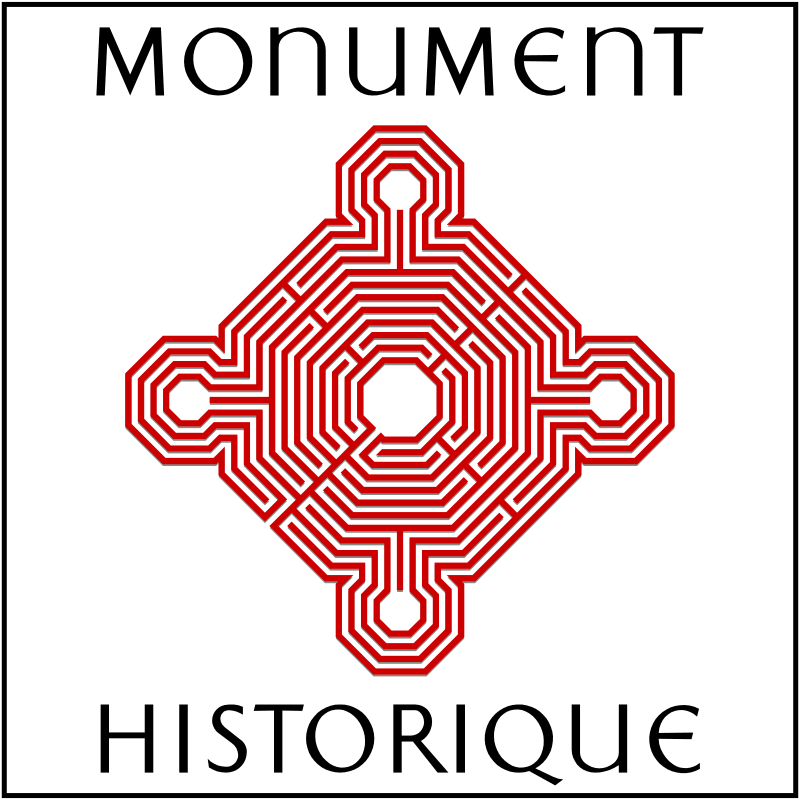 Historical monument (in French Monument historique) in France is the classification or inscription, by government decree, of an object (monument), notable for its history or its architecture, as an asset of public utility, which aims at its protection and conservation. This recognition of public interest concerns more specifically the art and history connected to the monument. The classification can also be applied to movable objects (both properly called furniture, and buildings for real estate) that are of historical interest, be it ecclesiastical movable property (bells, chalices, patens) or other (door bars, etc.) . The archives could be classified as "historical monuments" until the 1979 law on archives, which established a specific regime (currently codified in Book II of the heritage code), which is however very much inspired by the regime of historical monuments. There are two levels of protection: classification as a historic monument and simple registration as a historic monument (formerly known as 'registration in the supplementary inventory of historic monuments'). Specifying well, in the first case the asset in question "is classified", in the second, "it is registered". For a long time subject to the provisions of the law of 31 December 1913, classification and registration are now governed by Title II of Book VI of the Heritage Code and by Decree no. 487 of March 30, 2007

The Middle Ages and the Ancient Regime considered heritage as buildings that belonged to princes and kings. The concept of "historical heritage" did not exist, except for some specialists such as Bernard of Montfaucon, Roger of Gaignières and Aubin-Louis Millin of Grandmaison . These men, like all those of the Middle Ages, revered more the traces, which remained of the past, especially through the seals and medals. The "national assets", created following the nationalization of the assets of the clergy (October 1790), of the emigrants (November 1791) and of the Crown of France (September 1792), had different fortunes. Some were handed over to popular demand, which spawned the notion of vandalism, invented by Abbot Henri Grégoire in October 1794, others served as building materials and disappeared (Cluny Abbey, Vézelay Abbey Castle, etc.), the latter change destination and resume their employment (the bay of Le Mont-Saint-Michel served as a prison). In 1790, Aubin-Louis Millin spoke for the first time of a "Historic Monument" to the National Constituent Assembly, on the occasion of the demolition of the Bastille. "Historical monument" becomes the symbol of the first-revolution, of the Ancien régime (Ancient Regime). The idea was circulating to preserve proof of the Ancien Régime, and so in 1795, Alexandre Lenoir was commissioned to create the "museum of French monuments", where to collect the architectural fragments that he managed to safeguard. Vandalism leads to reactions, particularly from the romantics (François-René de Chateaubriand, Victor Hugo, who published a pamphlet in 1825, Guerre aux démolisseurs, in Italian "War against the demolitioners"). The preservation passes through an inventory work since 1795: the Council of civil buildings completes the inventory of the Castles that Louis XVI of France had begun, in 1820, Baron Isidore Taylor and Charles Nodier, publish Voyages pittoresques et romantiques dans l 'ancienne France (Picturesque and romantic journeys in old France), etc. In 1819, for the first time, the budget of the Ministry of the Interior had a chapter on "Historical Monuments". In 1830, the Minister of the Interior François Guizot created the function of inspector of historical monuments, which he attributed to Ludovic Vitet, then in 1834 to Prosper Mérimée. The mission of the inspector of historical monuments is to classify the buildings and distribute the loans