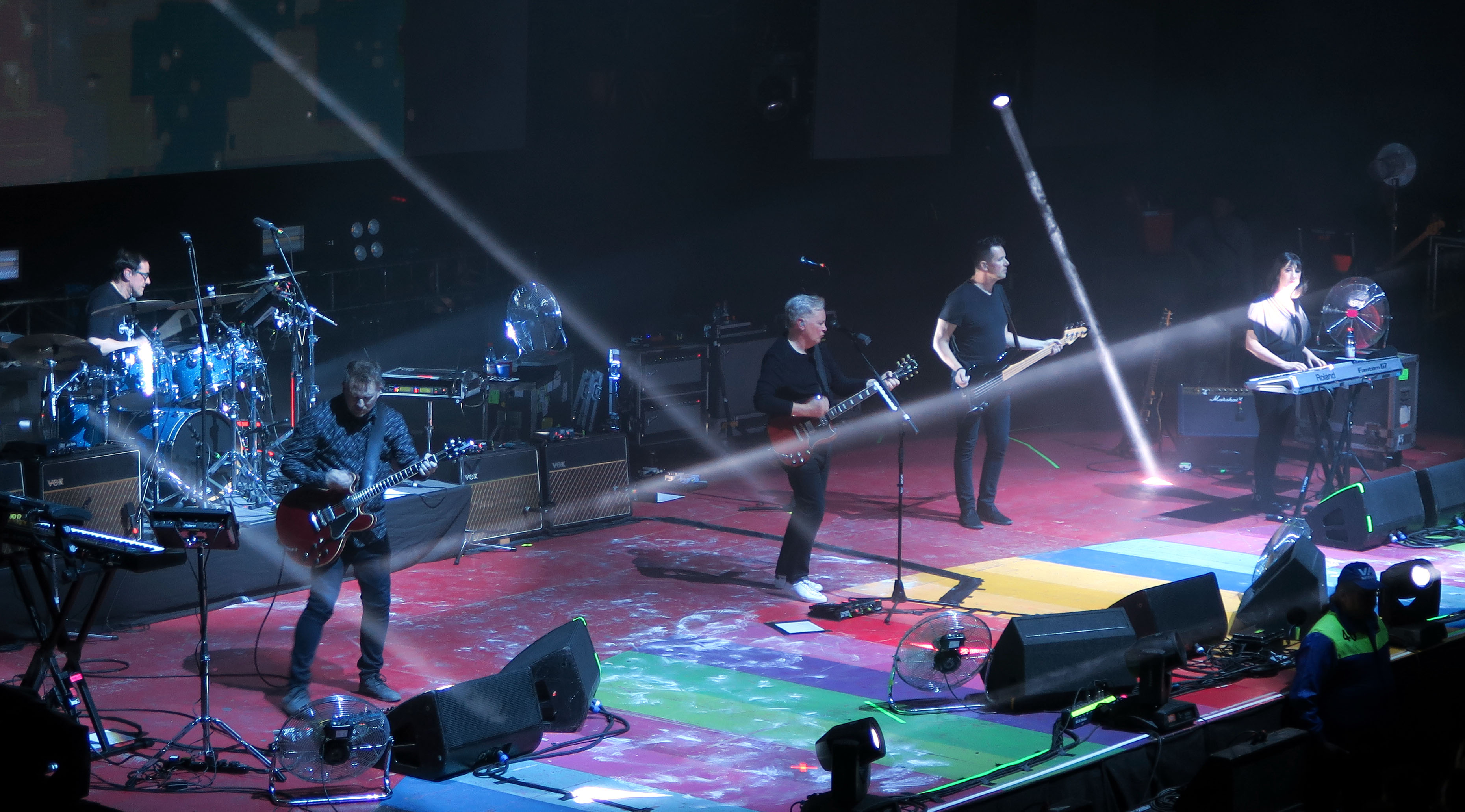 New Order combined post-punk and dance music, becoming one of the most influential and critically acclaimed bands in the 1980s. Although early New Order carried Joy Division's heavy musical legacy, thanks to their immersion in the New York club scene of the early 1980s, they then embraced a new stylistic course with dance music. Their 1983 hit Blue Monday marked their radical change of style, with synthesizers and electronic drums, becoming the best-selling 12-inch vinyl in history. New Order were the flagship of Factory Records, and their minimalist covers reflected the record company's libertarian policy, which catered to the wishes of its artists, including an aversion to putting singles on albums. The band has often been acclaimed by fans, critics and other musicians for their high influence in the alternative rock and dance scene. synth-pop, still remaining today one of the most influential and respected bands of the entire rock scene, as personalities such as Primal Scream's Bobby Gillespie and Smashing Pumpkins' Billy Corgan often remember.

History of the group

After the suicide of Ian Curtis (May 18, 1980), the other members of Joy Division decide to fight the shock by starting from scratch and not to continue playing under the name Joy Division. On 29 July 1980 they held their first concert in Manchester. Their manager, Rob Gretton gives him the name of New Order. They seek a new voice, but ultimately assign the singing role to Sumner. After the entry of keyboardist and guitarist Gillian Gilbert (October 1980), Morris's girlfriend, they leave definitively with the name New Order. While initially maintaining a musical imprint very close to the style of the previous formation, on the other hand for three quarters equal to the new one, New Order soon developed their own distinctive sound, freeing themselves from the darker and new wave imagery of Joy Division and landing to a more electro, dance and pop sound. They will end up representing in some way the opposite face of Curtisian "hell", sublimating it towards an "eden" of communicability and colorful intuitions. The group's first single is Ceremony / In a Lonely Place, songs written by Ian Curtis before he died. So, still undecided about the prospects, the members of New Order pick up the drafts of the former singer and will release the first album, Movement (November 1981), produced by Martin Hannett - their collaborator since the times of Joy Division - and by the sound still very tied to the dark and melancholic style that characterized their previous incarnation. However, the first works will, in a certain sense, be denied by the quartet in the following years: Sumner declares that he has never owned a copy of Movement and the songs contained in this disc will never be played live. In May 1982 they opened a club in Manchester, The Haçienda. The change of perspectives will come through the following singles, Everything's Gone Green, Temptation and above all Blue Monday (1983), a ride all electronic impulses owed to pioneers such as Kraftwerk and Giorgio Moroder, but equipped with a fo