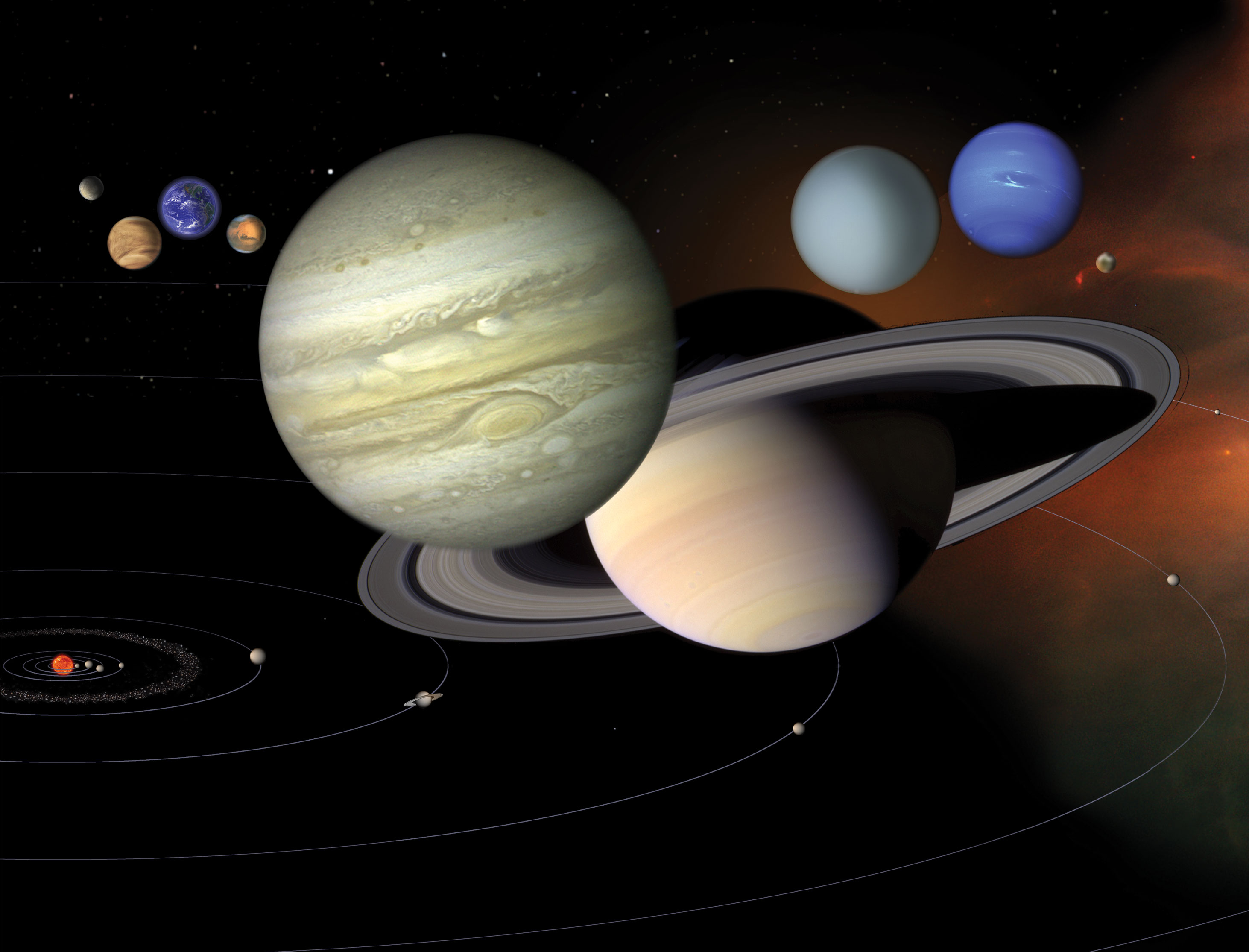 This is a list of solar system objects by size. The list is arranged in descending order starting from the object with the largest radius. The list contains the Sun, planets, dwarf planets, many of the largest minor bodies in the solar system, major natural satellites of planets and dwarf planets. The sorting can be different and it is also possible to sort it according to surface mass, volume, density or gravity, this is because some objects are denser than others, and can be more massive despite their smaller size. For example, Uranus is larger than Neptune, but less massive, and Ganymede and Titan, although larger than Mercury, have less than half its mass. There may be difficulties in estimating the diameter for objects beyond Saturn's orbit. The mass of many trans-Neptunian objects is uncertain, as there is no absolute certainty about their density. Furthermore, if the sizes and masses of the major moons of Jupiter and Saturn are well known due to missions that have thoroughly studied the systems, such as Cassini and Galileo, some parameters of the moons of Uranus and Neptune are not well understood, because the Voyagers only made a quick fly-by and the outer moons of Uranus for example remain partly unknown. The reliability of the data is therefore not uniform, bodies closer to the Earth or visited by space probes have a much higher degree of reliability than the small bodies placed at the edge of the solar system.

Objects with a radius greater than 400 km

It was once thought that objects having a radius above this value were in hydrostatic equilibrium, and had therefore reached an almost spherical, or spheroidal, shape. However, it was found that it is much easier to achieve hydrostatic equilibrium in icy bodies, such as trans-Neptunian or Kuiper belt objects, rather than in rocky bodies, such as main belt asteroids. Rhea is however the smallest body on which detailed measurements have been made and they are consistent with hydrostatic equilibrium, while Iapetus is the largest object which appears to be out of balance. The planets and their satellites are identified with a different color, to distinguish them from minor bodies.

Most objects of this size should be spherical. All satellites, except Proteus, are nearly spherical. Asteroid 10 Hygiea is not, while Pallas and Vesta are on the edge, with some irregularities. If the estimated size is correct, icy objects such as TNOs and KBOs should also be spherical.

Objects with radii between 100 and 200 km are largely irregular, although the largest are spherical in shape. This third list is not complete, in fact many little-known trans-Neptunian objects are missing.