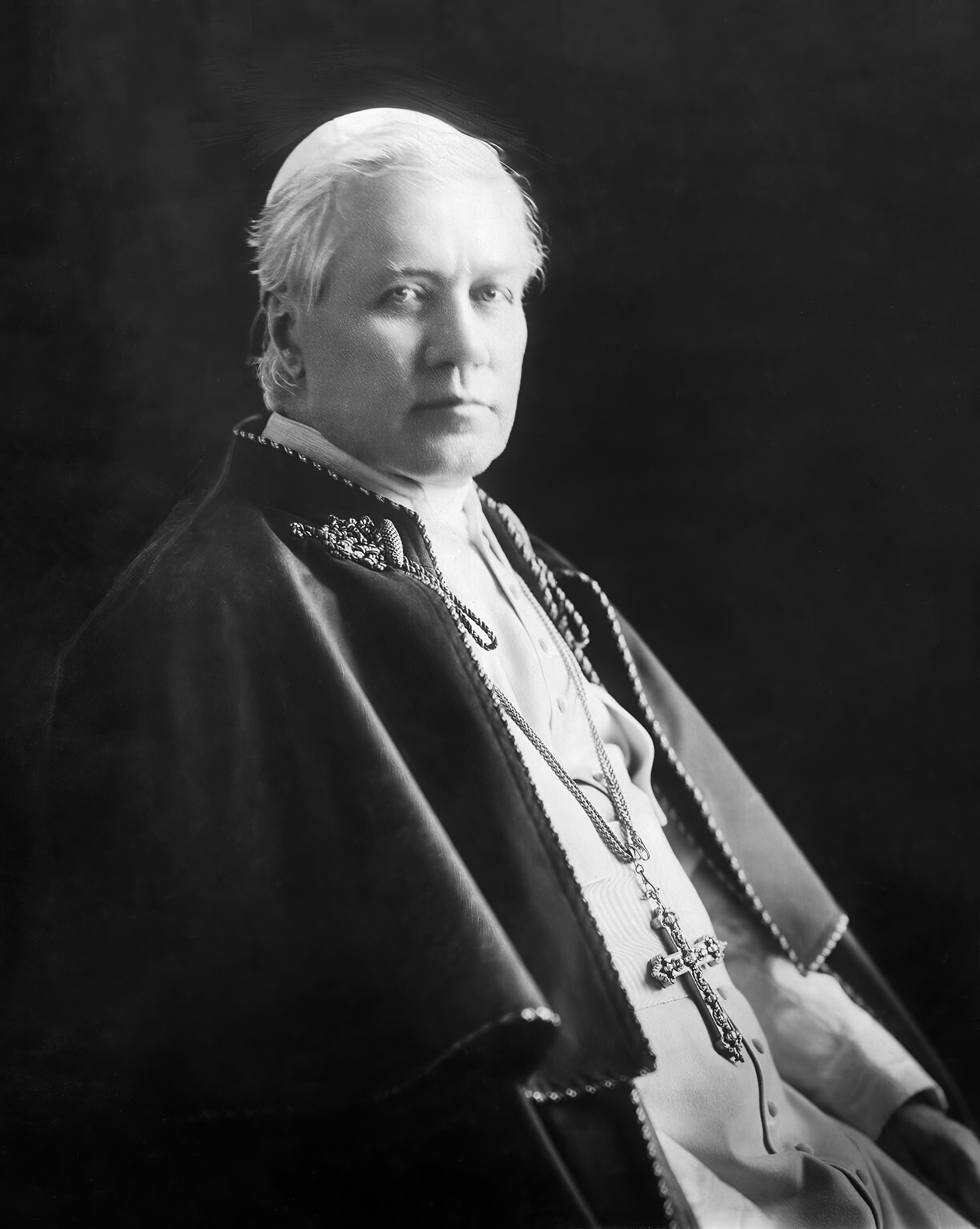 Pope Pius X (in Latin: Pius PP. X, born Giuseppe Melchiorre Sarto; Riese, June 2, 1835 - Rome, August 20, 1914) was the 257th bishop of Rome and pope of the Catholic Church (1903-1914). He was proclaimed a saint in 1954. He is remembered above all for the uncompromising defense of the orthodoxy of Catholic doctrine, concretized in the condemnation and fight against theological modernism (with the encyclical Pascendi Dominici Gregis of 1907), and for the drafting of the Major Catechism commonly known as "by Pius X. ".

Giuseppe Melchiorre Sarto was born in Riese - a town that in 1952 took the name of Riese Pio X, in the province of Treviso - the second of ten children in a modest family. His father Giovanni Battista (1792-1852) was, in addition to being a factor, cursor of the Habsburg administration (comparable to today's functions of municipal messenger) and his mother, Margherita Sanson (1813-1894), a modest country dressmaker. he distinguished himself from many of his predecessors and successors precisely because his cursus honorum was exclusively pastoral without any commitment to the curia or to the diplomatic activity of the Holy See. He received the tonsure in 1850 and entered the seminary of Padua, thanks to a scholarship obtained through the patriarch of Venice Jacopo Monico, his fellow countryman. He was ordained a priest in 1858 by the bishop of Treviso, Giovanni Antonio Farina, and became chaplain of the parish of Tombolo. In 1867 he was promoted archpriest of Salzano and then, in 1875, canon of the Treviso cathedral and episcopal chancellor, at the same time acting as spiritual director in the diocesan seminary, an experience of which he will always cherish an excellent memory. On 10 November 1884 he was appointed bishop of Mantua; he received episcopal consecration six days later in the basilica of Sant'Apollinare in Rome from Cardinal Lucido Maria Parocchi. As bishop of Mantua he participated in the first National Catechetical Congress held in Piacenza between 24 and 26 September 1889 and cast a vote in favor of common throughout Italy since he believed that the Bellarmine catechism Subsequently he held the position of patriarch of Venice. The Italian government, however, initially refused its exequatur, asserting that the appointment of the patriarch of Venice belonged to the King and that, moreover, Sarto had been chosen under pressure from the government of the Austro-Hungarian Empire. Giuseppe Sarto therefore had to wait a good 18 months before being able to assume the pastoral leadership of the patriarchate of Venice. With his appointment as patriarch he also received the cardinal's hat in the consistory of 12 June 1893.

On the death of Pope Leo XIII, the most likely candidate for the throne of Peter was considered the secretary of state Rampolla. At the opening of the conclave on 1 August 1903, the surprise: Cardinal Puzyna, Archbishop of Krakow, announces that the Austro-Hungarian Emperor Franz Joseph, using his ancient privilege as ruler of a Catholic empire, vetoes the election by Cardinal Rampolla. The reasons for the veto would be not only political, in particular Rampolla's proximity to France and his more open ideas, but also personal; Rampolla, as secretary of state, would in fact try to influence Leo XIII to deny a Christian burial to Archduke Rudolph of Habsburg-Lorraine, son of the sovereign, who committed suicide during the Mayerling events. Despite the indignation of many cardinals, the conclave still decided to obey the will of the emperor, so Rampolla's candidacy faded and the votes were oriented towards the patriarch of Venice, who was elected on August 4 and crowned on the 9th. He took the pontifical name of Pius X in honor of his last predecessors Pius VI, Pius VII, Pius VIII and Pius IX. He chose Instaurate omnia in Christo (Ephesians 1.10) as the motto of his pontificate and implemented it with courage and firmness. In Rome followed him