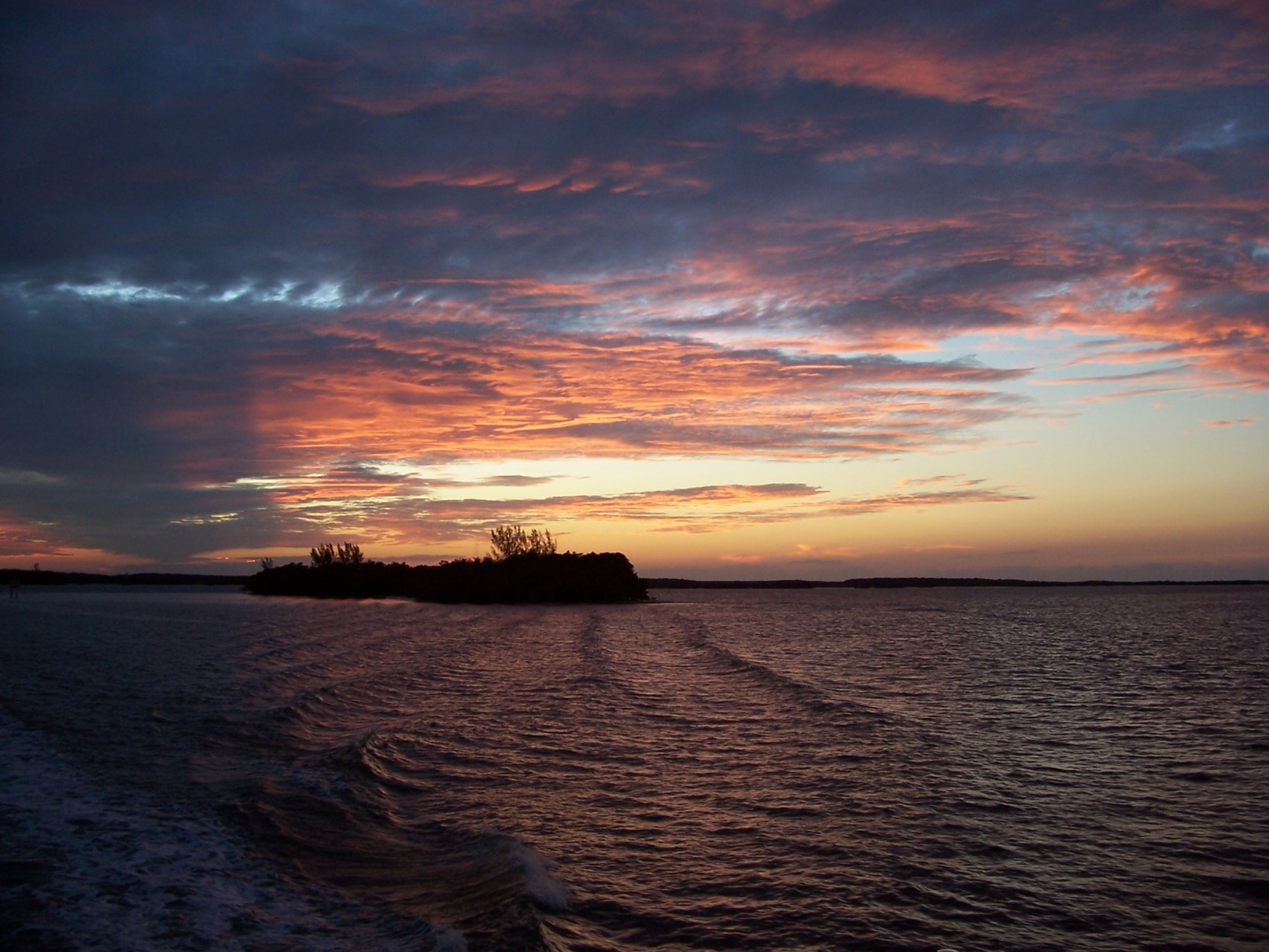 Biscayne National Park (Biscayne National Park) is a US national park located in the southern part of Florida, to be precise east of the city of Homestead and southeast of the city of Miami. The protected area protects Biscayne Bay and its coral reefs located offshore, with 95% of the surface consisting of water and the coasts of the bay composed of an extensive mangrove forest. The park covers 700 km² and includes Elliott Key, the park's largest island and the northernmost of the Florida Keys archipelago, made up of fossilized coral reefs. The northernmost islands of the park are half made up of coral and sand. The offshore portion of the park encompasses the northernmost Florida Reef region, one of the largest coral reefs in the world and the only living one in the continental United States. Biscayne National Park protects four distinct ecosystems: the mangrove swamp shoreline, the shallow waters of Biscayne Bay, the limestone coral formations, and the coral reef off Florida. The coastal marshes of the mainland and the edges of the island provide the ideal habitat for fry, molluscs and crustaceans. The waters of the bay are home to as many fish species, expanses of algae, sponges, soft corals and Caribbean manatees. The Keys archipelago is covered in tropical vegetation, including endangered cacti and palm trees, and the beaches coincide with nesting areas for particularly vulnerable sea turtle specimens. Coral reefs and offshore waters are home to more than 200 species of fish, pelagic birds, whales and hard corals. Among the sixteen endangered species are the butterfly Papilio aristodemus, the sawfish and the manatees and there are some observable, including the green turtle and the hawksbill turtle. Biscayne also boasts a small community of American crocodiles and some Mississippi alligators. Peoples linked to the Glades culture inhabited the Biscayne Bay region as early as 10,000 years ago before sea level rise filled the bay. The Tequesta tribes occupied the islands and the shoreline from about 4,000 years before the present until the 16th century, when the Spaniards secured Florida. The coral reefs guarded ships from the Spanish era sunk through the 20th century, with more than 40 documented wrecks within the park's boundaries. Although the park's islands were under cultivation during the 19th and early 20th centuries, their rocky soil and periodic hurricanes made agriculture difficult to sustain. In the early 1900s, the islands transformed into luxury destinations for wealthy Miamians who built vacation spots and social clubs. Mark C. Honeywell's residence on Boca Chita Key, which featured a beautifully crafted faux lighthouse, was the most elaborate private retreat in the area. Cocolobo Cay Club was at various times owned by Miami entrepreneur Carl G. Fisher, sailor Garfield Wood, and President's friend Richard Nixon Bebe Rebozo, and was visited by four US presidents. The Stiltsville pile-dwelling group, founded in the 1930s in the shallows of northern Biscayne Bay, was born by taking advantage of the remoteness of the mainland to offer the chance to gamble offshore and drink alcohol during the Prohibition period. After the Cuban Revolution of 1959, the CIA and Cuban exile groups used Elliott Key as a training ground for infiltrators in Fidel Castro's Cuba. Originally it was thought to include the region in the Everglades National Park, but that hypothesis was wrecked and Biscayne Bay remained outside the protected area. The area remained underdeveloped until the 1960s, when a series of proposals aimed at converting were made