Xerxes I of Persia 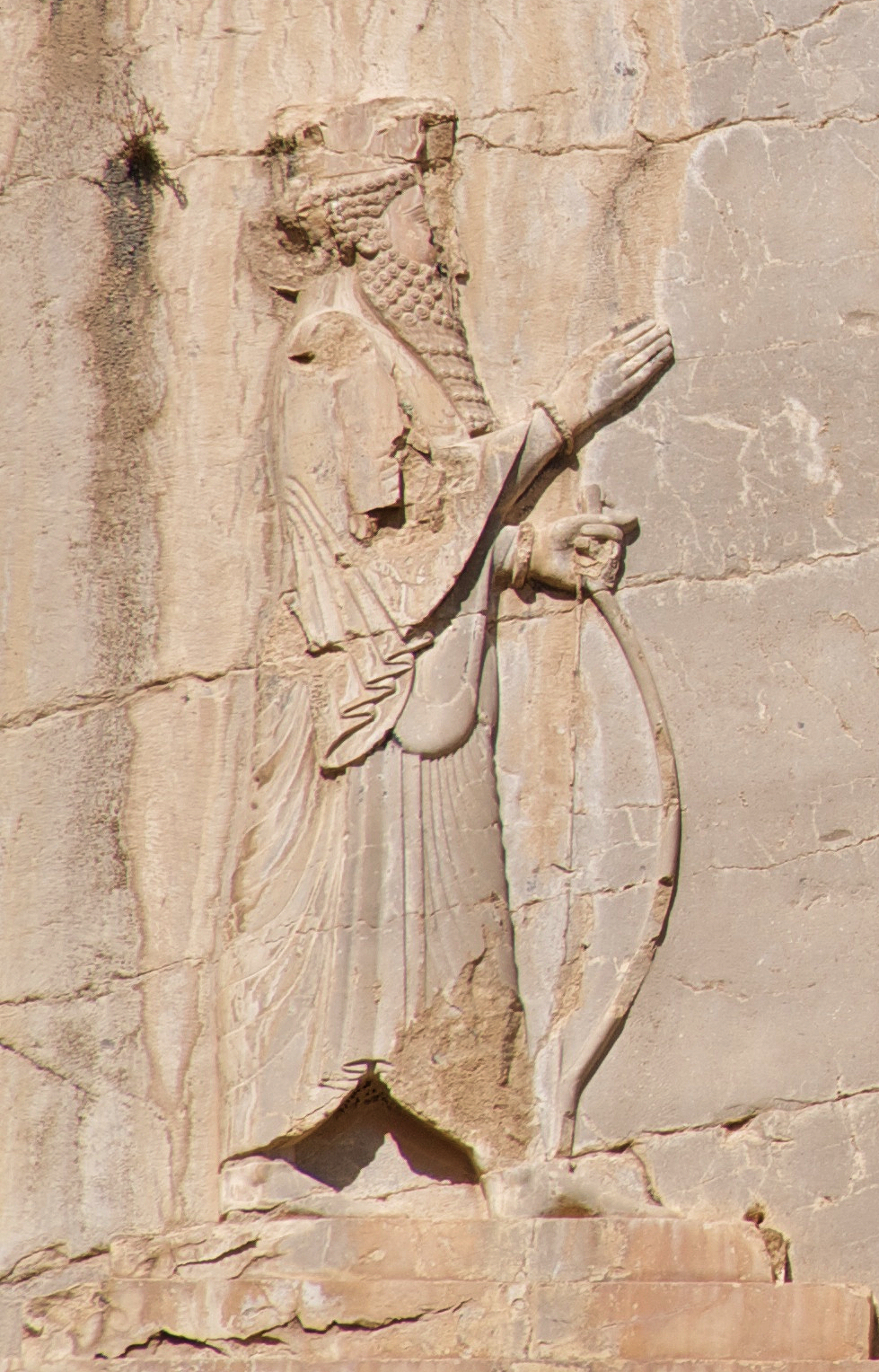 Xerxes I (in ancient Persian 𐎧𐏁𐎹𐎠𐎼𐏁𐎠 Khashayaarashaa, transliterated also as Xšayāršā, lit. "ruler over men"; in ancient Greek: Ξέρξης, Xérxēs; Iran, 519 BC - 465 BC) was king of Persia and Egypt from 485 BC. to 465 BC Xerxes I is known in Western history for his invasion of Greece in 480 BC. His forces temporarily invaded mainland Greece north of the Isthmus of Corinth until the defeats of Salamis and Plataea a year later nullified these gains and ended the second invasion decisively. However, Xerxes successfully suppressed the uprisings in Egypt and Babylon. Roman Ghirshman says that: "After this he ceased to use the title 'king of Babylon', simply calling himself 'king of the Persians and the Medes'." Xerxes supervised the completion of various construction projects in Susa and Persepolis. He is generally identified with the Persian king Ahasuerus in the biblical book of Esther, one of his wives.

Youth and rise to power

Immediately after reaching the throne, Darius I of Persia, the son of Histaspes, married Atossa, the daughter of Cyrus the Great. They were both descendants of Achaemenes through different lineages of the Achaemenid family. The marriage of a daughter of Cyrus strengthened Darius's position as king. Darius was an active ruler, always busy with the construction of Persepolis and Susa, the reorganization of Egypt and other areas. Towards the end of his reign she tried to punish Athens for its ancient support of the Ionian revolt and the defeat suffered by the Persians at Marathon, but a new revolt broke out in Egypt, probably led by the local Persian satrap, which had to be suppressed. According to Persian law, Achaemenid kings had to designate a successor before setting out on dangerous expeditions. Before leaving, in 487 BC, Darius had his tomb prepared in Naqsh-e Rostam and named Xerxes, his eldest son by Atossa, his successor. Due to poor health, Darius was unable to lead the campaign and died in October 486 BC Artabazane claimed the crown, being the oldest of all Darius's children, while Xerxes, on the other hand, claimed to have been born of Atossa, daughter of Ciro, who had guaranteed freedom to the Persians. Some modern scholars believe that Darius's decision to give the throne to Xerxes derives from the great consideration that Darius had of Cyrus and his daughter. Artabazane was born to Darius when he was a simple subject, while Xerxes was the firstborn born when Darius was in power; moreover, the mother of Artabazane was an ordinary person, while the mother of Xerxes was the daughter of the founder of the empire. Furthermore, it is said that it was Demaratus who suggested that Xerxes adduce this argument, in accordance with a Spartan usage. Xerxes was crowned and succeeded his father between October and December 486 BC, when he was about 36 years old. Xerxes' rise to power met with no obstacles thanks to the great authority of Atossa, since his decision, that he wanted his son as king of Persia, was not contested by anyone at court or in the family. Almost immediately Xerxes put an end to the riots in Egypt and Babylon, which had erupted the year before, and appointed his brother Achaemenes as satrap of Egypt. In 484 BC Xerxes confiscated and melted the golden statue of Bel, or Marduk, whose hands were to be held every New Year's day by the rightful king of Babylon. This sacrilege led the Babylonians to rebellion, which lasted from 484 BC. to 482 BC, and which was so violent that Xerxes refused the title of King of Babylon, previously held by his father, to be called King of Persia and Media, Great King, King of Kings (Shahanshah) and King of Nations (i.e. of the world). This derives from the Daiva Inscriptions of Xerxes Lines 6-13 Although the information given by Herodotus in the Histories of him gave rise to