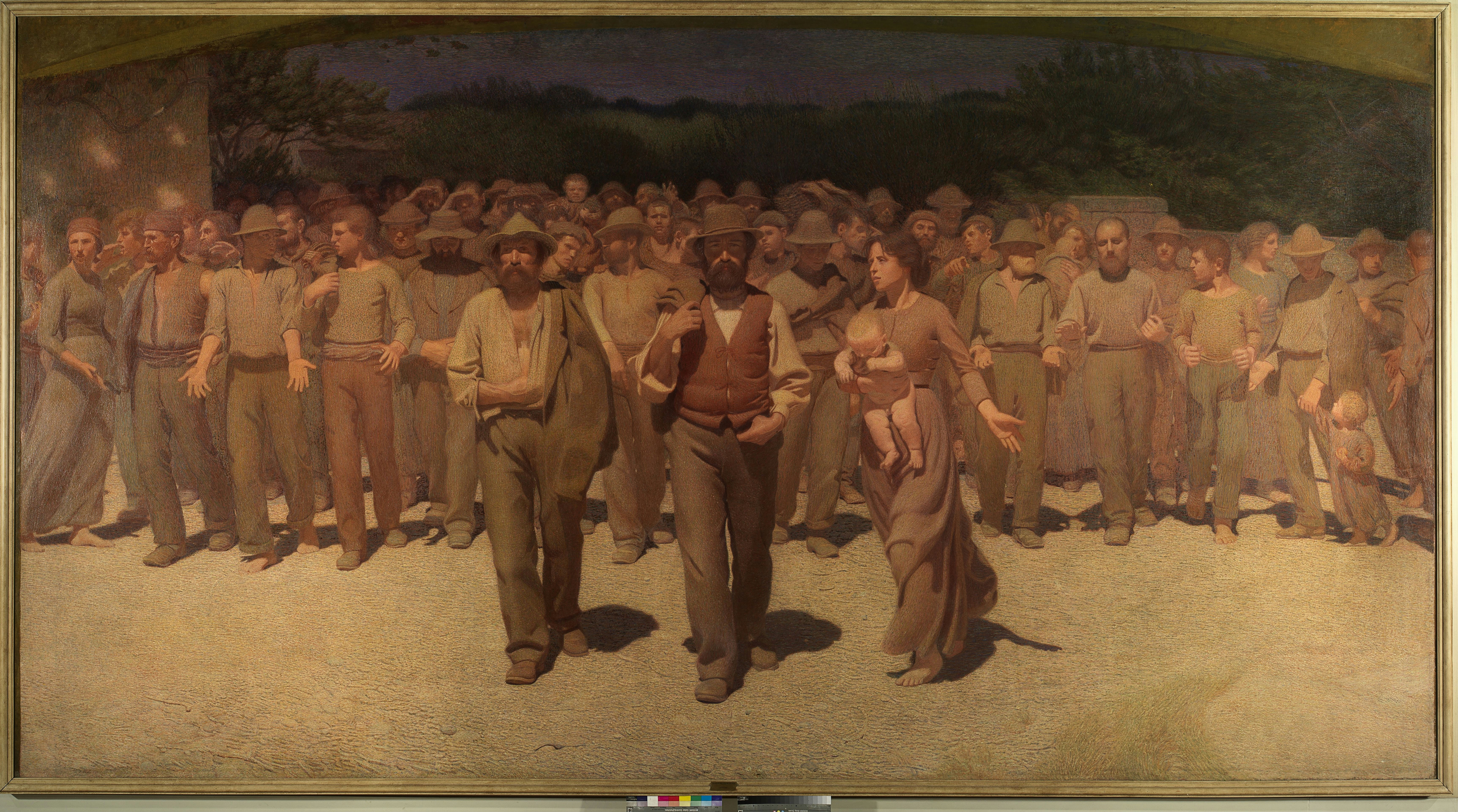 Socialism is a complex of ideologies, movements and doctrines linked to left-wing political orientations that tend to a transformation of society aimed at reducing inequalities between citizens on a social, economic and legal level. Originally, all socialist doctrines and movements aimed at pursuing their objectives through the abolition of social classes and the total suppression of private ownership of the means of production and exchange. Until 1848, the terms socialism and communism were considered interchangeable. In that year, in the Manifesto of the Communist Party of Marx and Engels, the distinction is made between "utopian socialism" and "scientific socialism", the only one that can guarantee the transition to a subsequent phase, "communism ", to polemically highlight the differences with the first. However, what the two German philosophers refer to is precisely a philosophical "communism", very different from the one that was born with Lenin and from which the parties of Marxist origin in Western Europe will be kept away. Movements such as the fascist and national socialist ones, at the beginning, used to define themselves as "socialists" to try to gain as much support as possible from the population, even if they were, in reality, in contrast with socialist ideas, except for some characteristics such as anti-capitalism. Today socialism represents an ideology quite distinct from communism (detached from the former), although the latter sometimes shares some Marxist presuppositions, and is largely represented by liberal socialism and social democracy, types of socialism that do not aim at overcoming of capitalism (or in any case not to its total suppression), but to an improvement in the socialist sense within the current society, and often to the achievement of a mixed economic system.

By socialism we mean formal equality with the aim of achieving even substantial equality. In Marxist thought, socialism and communism became two phases of the revolution: the socialist phase, that is, that of the nationalizations, which were part of the dictatorship of the proletariat, which was realized in a new concept of state, different from the bourgeois one; then the communist phase, which provided for the abolition of classes, understood as the free association of all. Contrary to anarchism, which from the beginning envisaged the abolition of any state organization, this conception of Marx therefore envisaged two phases: the dictatorship of the proletariat and the classless society. The second phase was abandoned almost immediately by the regimes of real socialism. In fact, originally in the communist phase the dissolution of the state was foreseen, because it was considered useless at that point: the goods and the means of production had returned to the community. Today, given the evolution of the times, the two phases coincide: therefore we can speak of a substantial coincidence of the two terms, socialism and communism. These are very often used interchangeably, but the term socialism seems to have a broader meaning. At the same time, another form of doctrine with a similar socialist matrix was being developed: anarchism, a hypothesis of organization whose egalitarian objectives in economic, social and civil terms were based on the autonomy and freedom of individuals, opposing any form of power. constituted including the state one. This doctrine, starting from the thought of the Enlightenment William Godwin, was concretized in the theories of Pierre-Joseph Proudhon, right from the beginning in controversy with Marx. The clash progressively flared up over the course of the century, and further within the International Workers' Association (First International), leading between 1871 and 1872 to a first split, materialized in 1896. In the 20th century, Marxists and anarchists found themselves