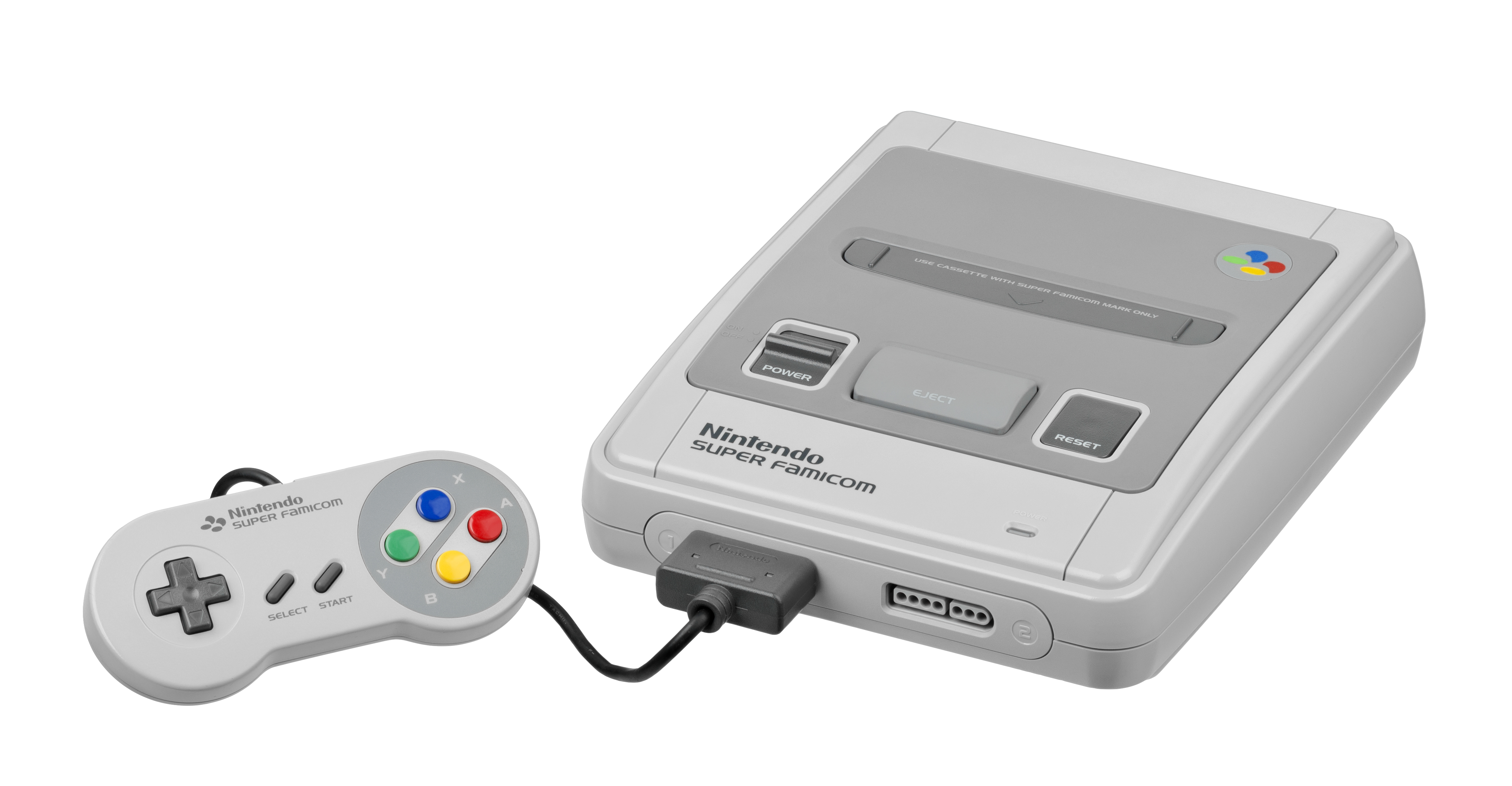 The Super Nintendo Entertainment System (SNES), commonly abbreviated to Super NES or Super Nintendo, is a 16-bit video game console developed by the Japanese Nintendo and marketed in 1990 in Japan and South Korea, in 1991 in North America, in 1992 in Europe and Oceania and in 1993 in South America. In Japan, the console is called Super Famicom (ス ー パ ー フ ァ ミ コ ン Sūpā Famikon?) (SFC); in South Korea, where it was distributed by Hyundai Electronics, it is known as Super Comboy (슈퍼 컴 보이?, Syupeo KeomboiLR). best-selling and widespread of the 16-bit era, despite a slow start due to the popularity of competitor Sega Mega Drive, a machine with which it competed for much of its history. The SNES remained popular even during the 32-bit era, thanks to a large group of homebrew video game enthusiasts, collectors and producers, so much so that its definitive disposal took place only in 2003, after more than thirteen years from the original sale.

The project and the initial collaboration with Sony

Towards the end of the 80s the first 16-bit consoles such as the TurboGrafx-16 / PC Engine first and the Sega Mega Drive later, a much more powerful machine, quickly began to steal market share from Nintendo. In the early design stages of the SNES, Nintendo developed an external CD player in order to compete with the new machines arriving on the market. Nintendo had never been too interested in developing expansions and peripherals; however, he decided to start negotiations with Sony in 1988, calling the new Super NES CD-ROM prototype and placing Ken Kutaragi at the head of the project. The two companies, however, do not find the agreement and Nintendo canceled the project in secret and at the summer CES of 1991 declared the agreement with Philips, for the production of a CD player compatible with the new CD-i format. On the second attempt, the two companies found an understanding and a prototype of the external player of the console branded "Play Station" was completed. Having already distributed development kits to software makers and shortly before the market launch in late 1992, Nintendo backed down and decided not to market the new CD player. Sony, disappointed by the commercial partner, continued the development of the product conceived on behalf of Nintendo which led to the creation of the PlayStation.

The solution was the development of a new technically advanced 16-bit console, which debuted in Japan on November 21, 1990 under the name of Super Famicom, offered for sale at a price of 25,000 yen. The console was immediately an incredible success: the 300,000 units distributed for the launch were sold out in a few hours. The Super Mario World game, included for free in the box, also contributed to the sales of the console. through the specialized press, even the incorrect spelling of Super Famicon. In particular, The Games Machine magazine made extensive use of it in its articles on the new Nintendo console. Probably the error was the result of an oversight in the translation of Japanese texts, in which the name of the machine was transcribed only in Katakana. In fact, in katakana, the word Famicom is transliterated taking into account that it is a contraction of Family Computer (フ ァ ミ リ ー コ ン ピ ュ ー タ? Family Konpyūtā), so such an error in the reverse transliteration was highly likely to occur. On August 13, 1991, the console was presented in the USA under the name of Super Nintendo Entertainment S.