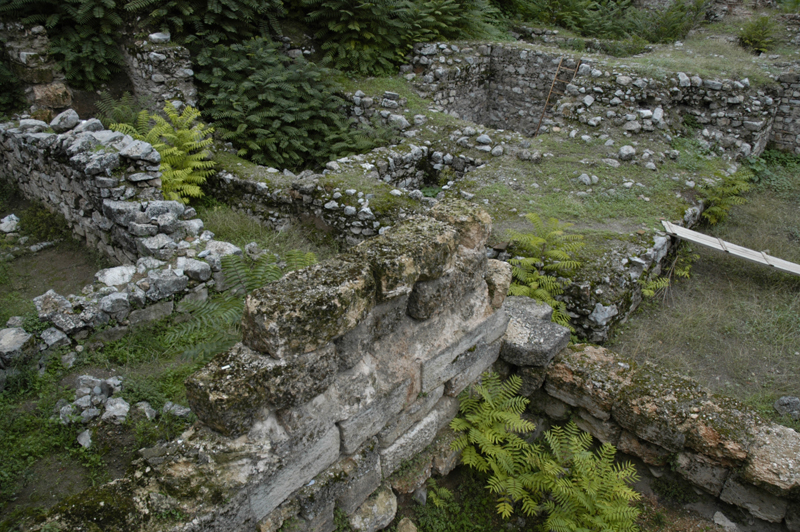 Thebes (in ancient Greek: Θῆβαι, Thḕbai) was a Boeotic polis, located north of Mount Citerone, which divides Boeotia from Attica, at the southern limits of the Boeotian plain. It played an important role in Greek mythology, site of the stories of Cadmus, Oedipus, Dionysus and other mythical characters. In the Mycenaean period it attracted the attention of the Doric invaders. Its central position in the Boeotic plain made Thebes the dominant polis of Boeotia, and since the Archaic age its inhabitants tried to establish complete supremacy over the other cities that surrounded or were near Thebes. It was therefore the largest city of Boeotia and was the head of the Boeotic League. She was a great rival of Athens, and sided with the Persian Empire during the Second Persian War. With the victory in the battle of Leuctra in 371 BC, Thebes, under the command of Epaminondas, became the Greek hegemon, managing to defeat Sparta and the Peloponnesian League, but the golden age of the Boeotic polis lasted no more than a decade . The Sacred Battalion of Thebes, an elite military unit, is known to have fallen at Chaeronea in 338 BC. against Philip II and Alexander of Macedon.

According to the myth, which has not preserved the memory of the ages preceding the Mycenaean one, Thebes was founded by Cadmus, who came from Phenicia. The news of the arrival of Cadmus was perhaps suggested by the existence of the "Cadmea". In Thebes reigned in succession, after Cadmus and his descendants, kings of the Boeotian dynasty: Pentheus and Polidoro, Nitteo and Laddamo, Nitteo and Laio, Lico and Laio, Amphion, Laius II, Creon, Oedipus, Eteocles, Creon tutor of Laodamante, Terpsander , perhaps Autesione, then Tisamene, Damasittone, Ptolemy and Xanthus.

On the most ancient inhabitants of Boeotia, and therefore also of Thebes, there is no reliable data. Archaeological finds show that the acropolis of ancient Thebes, the so-called "Cadmea", was already inhabited in the Helladic age (III-II millennium BC). Artifacts from the 16th century BC, even frescoes, have been found showing contacts of Thebes with Minoan Crete. Later Thebes was a powerful Mycenaean center until the palace and walls were destroyed shortly before the Trojan War (ca. 1200 BC). Later in Boeotia the Boeotic League was formed, probably to defend against the expansionist aims of Orchomenus, a confederation that initially included 13 or 14 cities, none of which predominated over the others. In Thebes, coinage is documented starting from the 7th century BC. Around the 6th century BC Thebes became, within the Boeotic League, the hegemonic city, that is the city that was in command in case of war. Theban hegemony threatened the effective equality of the members of the league, sparking the separatist attempts of some important cities of Boeotia, especially Plataea, which he sought since 519 BC. the support of Athens. 5th century BC At the end of the 6th century BC, the Thebans had the first contact with the Athenians, who helped the small village of Plataea to maintain its independence against Thebes, while still the Athenians in 506 BC. repelled a raid into Attica. The aversion and rivalry with Athens explains the anti-patriotic attitude that Thebes adopted during the Second Persian War (480-479 BC). Although a contingent of 300 men was sent to Thermopylae, the Theban aristocracy soon afterwards joined forces with Xerxes I of Persia and with great strength and zeal fought alongside the Persians in the battle of Plataea in 479 BC. The victorious Greeks later punished Thebes by depriving it of hegemony over the Boeotic League. The Spartans even wanted to expel Thebes from Delphic amphitionism but this proposal was not implemented through the intercession of Athens; Pausanias, after a siege, conquered it by establishing a democratic government. But the attempts to establish democracy in Thebes