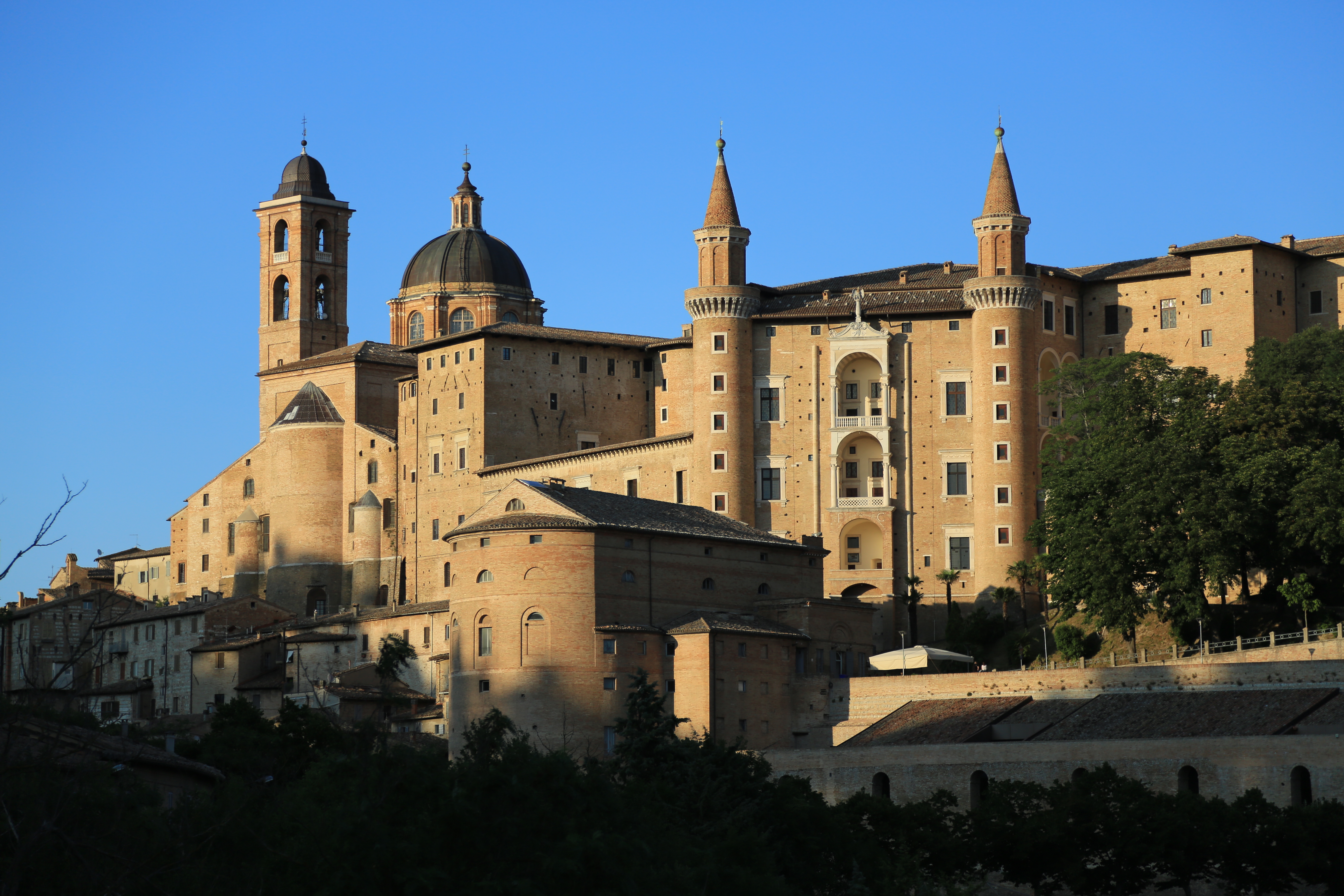 Urbino (Urbìn in Gallo-Piceno dialect) is an Italian town of 13 944 inhabitants in the province of Pesaro and Urbino in the Marche region. It was one of the most important centers of the Italian Renaissance, of which it fully preserves the architectural heritage. Since 1998 its historic center has been a UNESCO World Heritage Site. Given its importance, the city is remembered in the series of sculptures of the Vittoriano, dedicated to the fourteen noble cities of united Italy.

The territory extends into a hilly area, on the last offshoots of the northern Apennines, in the southern area of ​​Montefeltro. The municipal territory, the second largest in the Marche region after Fabriano, also includes an exclave, identifiable in Via Fosso del Razzo, between the municipalities of Colbordolo, Monteciccardo, Montefelcino, Petriano and the Montelabbate exclave.

The name Urbino (Urvinum Metaurense or Mataurense in Latin) is of uncertain origin: according to some Urvinum (or Urbinum) it derives from the noun Urvum (or Urbum), which designated the handle of the plow, whose shape resembled the Poggio hill ( on which there was the primitive nucleus of the city); while the term Metaurense obviously derives from the Metaurus river (or Mataurus), to distinguish it from another city of the same name in the same Augustan region, Urvinum Hortense, whose name also seems to derive from the conformation of the land on which this was erected last city. According to an alternative hypothesis, the toponym Urbino derives from the Latin urbs-urbis ('city') and refers to its nature as a double city (urbs bina), because it developed on two hills. Another hypothesis argues that the name has a pre-Indo-European origin.

Antiquity and the Middle Ages

In 90 BC the lex Julia granted Roman citizenship to the Umbrians, one of the few allied peoples not to have joined the Italic League; it was in that period that, to allow new citizens to benefit from the acquired rights, the main Umbrian centers on this side of the Apennines were transformed into municipia: Urvinum Metaurense was aggregated to citizenship with the registration to the Stellatina tribe. Although cited by several Latin authors, the city was not the protagonist of any important historical episode in the ancient age (if we exclude the execution of Fabio Valente in 69 AD, which contributed to further weaken the Vitellian front). The first historically relevant event dates back to after the fall of the Western Roman Empire, when, during the Gothic War of the sixth century, it was conquered by the imperial troops commanded by Be