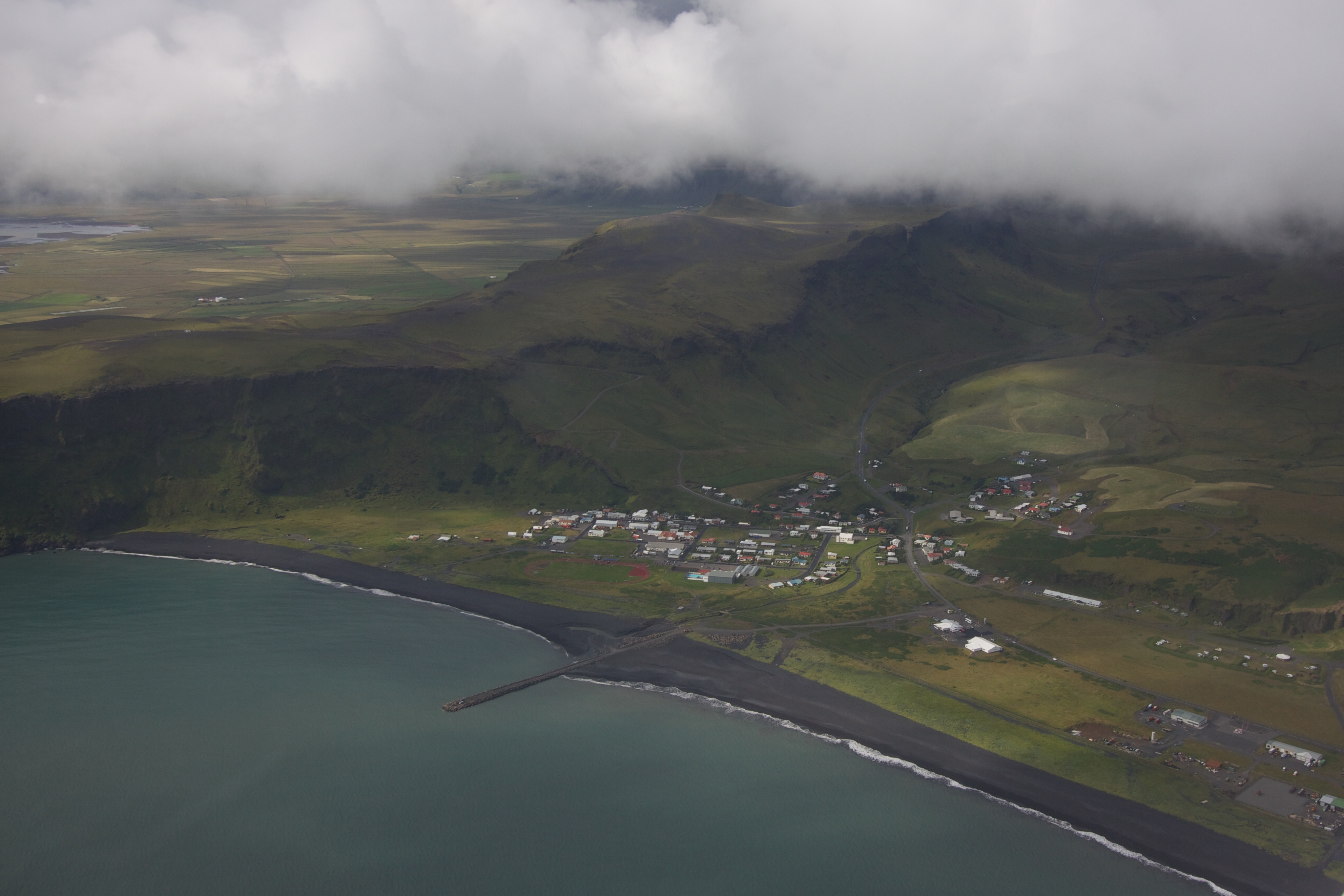 Vík í Mýrdal (in Icelandic language: Bay in the valley of the swamp; vík bay, í in, dal valley, mýr swamp) is an Icelandic town located along the Hringvegur, the great ring road that surrounds the whole island , in the Suðurland region, the southern part of Iceland. Here there is a service station and a small restaurant, quite popular given the distance from other towns in the area. The closest settlement is in fact about 70 km away. It is located at the foot of the Mýrdalsjökull glacier, which covers the top of the Katla volcano, which exposes it to the risk of flooding if the volcano resumes its eruptive activity. Important tourist attractions are located near Vík, such as Dyrhólaey and the area at the foot of Mount Reynisfjall. The village is the southernmost inhabited settlement in Iceland and the only village located on the Icelandic coast that does not have a port.

Relationship with the Katla volcano

Vík is located just south of the Mýrdalsjökull glacier which in turn covers the active volcano Katla. The last real eruption of the volcano dates back to 1918 and this long period of inactivity leads some to speculate that a new eruptive phase could soon be activated. The danger arises above all from the melting of the ice above the volcano, which could trigger a jökulhlaup, the fearsome glacial melt flood that could also obliterate the country. The village church, relocated to the top of a nearby hill, is considered the only building that could survive these floods. The village can make around 1400 rooms available to tourists and scholars and all guests are made aware of the associated risks The village was covered in volcanic ash during the 2010 Eyjafjöll eruption.

Vík í Mýrdal has an average temperature of 5.3 ° C, which is the highest in all of Iceland. Like many coastal resorts, Vík has a subpolar oceanic climate classified Cfc in the Köppen climate classification, therefore with cold winters, but not harsh and short, cool summers. Its winters are among the mildest in Iceland, with a daily average of around 4 ° C. This situation derives from the fact that the village is affected by the effects of the Gulf Stream, which in addition to mitigating the temperature also make it the wettest coastal town in Iceland, with a rainfall level of 2,250 mm per year. This value is three times the rainfall of the capital Reykjavík, and five times that of Akureyri, located on the northern coast of the island. This is much higher than what one would normally expect based on its latitude.

The group of farms below the western end of Reynisfjall is called Reynishverfi. The Reynishverfisvegur road [215] runs from Hringvegur to Reynisfjara beach in Garðar. Reynir is a farm that dates back to the earliest settlements in Iceland, on which there were claims by Reyni-Björn, from Valdres in Norway, whose possessions extended from Kerlingardaisá to Hafursá. Reynir's first church according to the ecclesiastical register dates back to 1200. In 1897 the church was moved south. Driving from Reynir towards the sea you will see the old Reynir cemetery on the right. Among the people who rest here is the physician and naturalist Sveinn Pálsson (1762-1840) from Suður Vík, famous for his studies on Icelandic glaciers and the village's first doctor.

The western part of the Reynisfjall cliffs along Reynisfjara Beach is home to many seabirds, particularly puffins, which dig shallow nests in the beach during nesting season.

A short distance from the shore are the Reynisdrangar stacks. The rocky cliffs