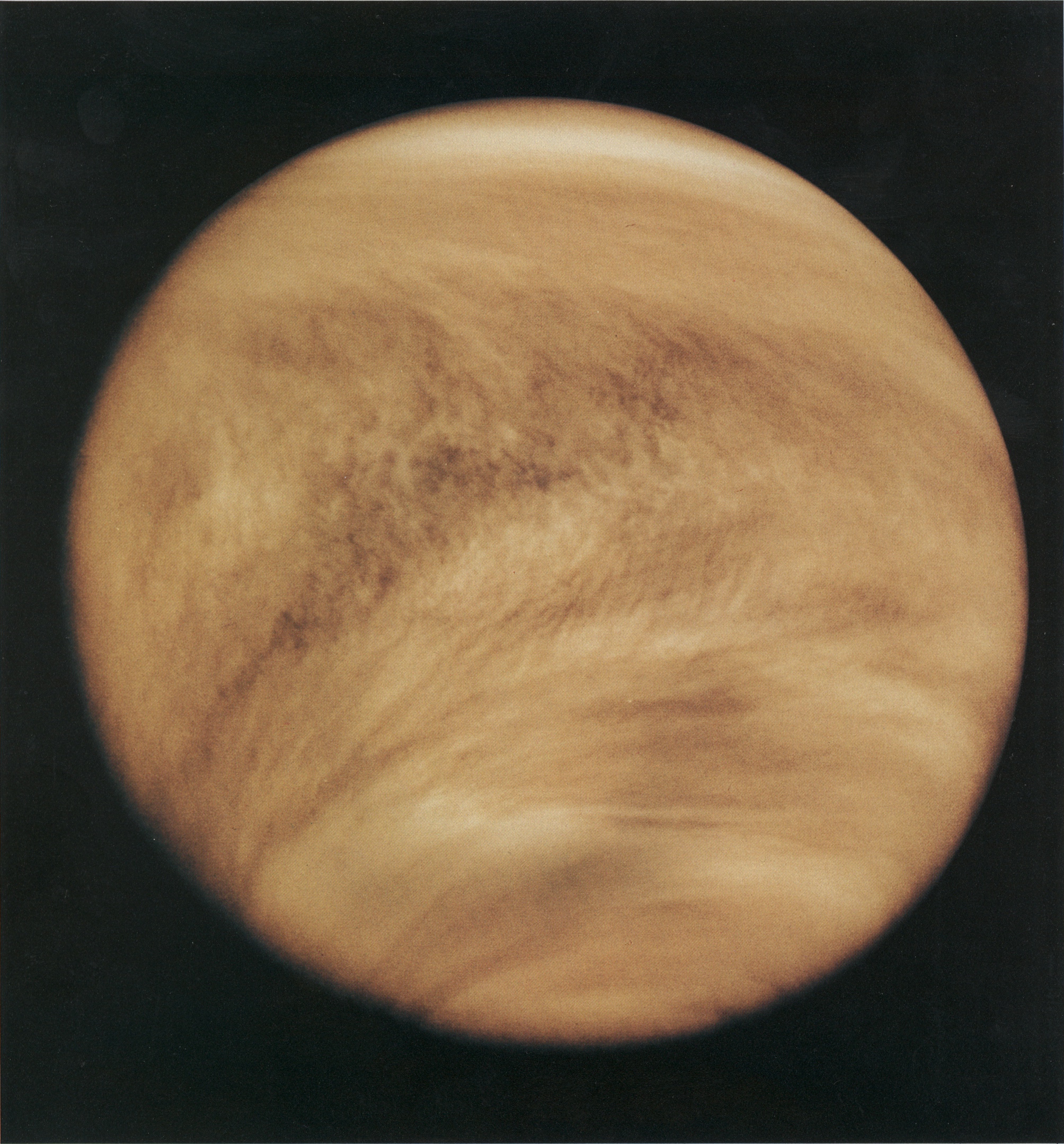 Venus is the second planet in the solar system in order of distance from the Sun with an almost circular orbit that leads it to complete one revolution in 225 terrestrial days. It is named after the Roman goddess of love and beauty and its astronomical symbol is the stylized representation of the hand of Venus holding a mirror (; Unicode: ♀) .With a maximum magnitude of −4.6, it is the object natural brighter in the night sky after the Moon and for this reason it has been known since ancient times. Venus is visible only shortly after sunset and just before sunrise and for this reason it was often called by the ancient Greeks (and later by the Romans) the evening star or morning star. The discovery that it is the same object would have been introduced in the West by Pythagoras, but it would have been due to the astronomers of Mesopotamia. In fact, observations dating back to 1550 BC are reported in the Tablet of Venus by Ammi-Saduqa. or antecedents, in which no distinction is made between the star of the morning and that of the evening. Classified as a terrestrial planet, it is sometimes referred to as the "twin planet" of the Earth, to which it is very similar in size and mass. However, in other respects it is quite different from our planet. The atmosphere of Venus consists mainly of carbon dioxide and is much denser than the Earth's atmosphere, with a ground level pressure of 92 atm. The density and composition of the atmosphere creates an impressive greenhouse effect that makes Venus the hottest planet in the solar system. Venus is enveloped in a thick layer of highly reflective clouds, composed mainly of sulfuric acid, which impede vision in the visible spectrum of the surface from space. The planet has no satellites or rings and has a weaker magnetic field than Earth's.

Since it is an internal planet, that is with an orbit closer to the Sun than that of the Earth, it can usually be seen only for a few hours and in the vicinity of the Sun itself: during the day the solar brightness makes it difficult to see. Instead it is very bright immediately after sunset on the western horizon or just before sunrise in the east, compatibly with its position. It has the appearance of a very bright whitish-yellow star, far brighter than any other star in the firmament. Observation through the telescope is best when it is not completely immersed in darkness, but rather in the twilight lights or in broad daylight, as the contrast with the sky is less and allows a better perception of the faint details and shadows of the atmosphere; moreover, the planet in these cases is higher on the horizon and the stability of the image is better, as it is less disturbed by the reverberation of the earth's atmosphere. Particularly useful in the telescopic observation of Venus is the use of colored filters to select the light at different wavelengths or of neutral and polarizing filters to optimize the quantity of light in twilight observations, allowing to better highlight the tenuous characteristics of the Venusian atmosphere. Since the planet's orbit is internal to that of the Earth, it is seen to move alternately east and west of the Sun. Its elongation (angular distance between a planet and the Sun) can reach up to 47 °, varying between two maximum values ​​in the west and east. The variations of its maximum elongation are due more to the variation of the distance between the Earth and the Sun than to the shape of the orbit of Venus and when the elongation is large Venus can remain visible for several hours. It periodically passes in front of or behind the Sun, thus entering a conjunction: when the passage occurs behind, there is a higher conjunction, while when it occurs in front, there is a lower conjunction and the illuminated face of the planet is not visi