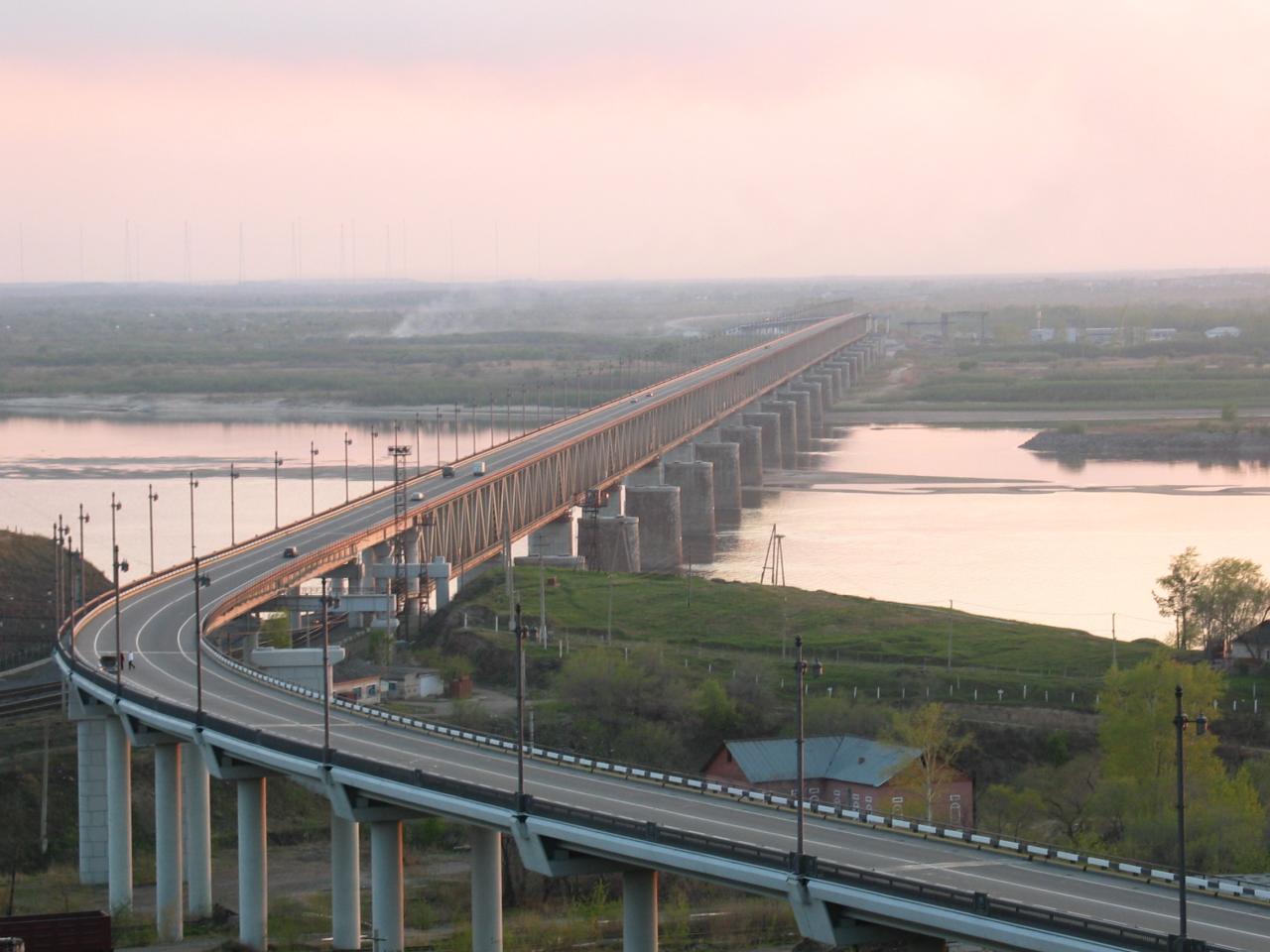 The Amur River (Russian: Амур, Latin transcription: Amur), or Heilongjiang (Chinese: 黑龍江, Pinyin: Hēilóngjiāng, Manchu: ᠰᠠᡥᠠᠯᡳᠶᠠᠨᡠᠯᠠ transcription: sahaliyan ula) It is a river that flows through the northeastern part of the country. In China, it is also called Heihe or Heishui. Its total length of 4,368 km, including its upstream tributaries, ranks eighth in the world, and its catchment area of ​​1,855,500 km2 ranks tenth in the world.

The Amur River arises from the confluence of the Shilka and Argun rivers on the border between Russia and China in the eastern Mongolian plateau, and its middle reaches form the border between Heilongjiang province of China and the Far East of Russia. Near Khabarovsk, Russia, it turns northeast into Russian territory and flows into Amur Liman in the Sea of ​​Okhotsk. Liman refers to the mouth of a river, and the Liman current is an ocean current that flows through the Sea of ​​Japan. Drift ice in the Sea of ​​Okhotsk is formed when seawater with a high freezing point due to the thinning of salinity due to the flow of water from the Amur River freezes.

The Amur River forms the border between the Amur Oblast, the Jewish Autonomous Oblast and Khabarovsk Region on the Russian side and Heilongjiang Province on the Chinese side. Amure, Nikolaevsk na Amure, and Heihe and Tongjiang cities on the Chinese side.

The Amur River is rich in nutrients and is blessed with abundant marine resources, including salmon, making the coast and offshore of the Sea of ​​Okhotsk in Hokkaido a good fishing ground. Meanwhile, on November 13, 2005, an explosion at a petrochemical plant in Jilin City, Jilin Province, China caused a large amount of poisonous benzene compounds that flowed into the Songhua River, a tributary of the river, to pollute the river. Serious. Residents around the Amur River on the Russian side are concerned about river pollution, and Japan is also wary of environmental pollution in the Sea of ​​Okhotsk.

There is debate about the relationship between the culture of the Amur River Basin and the culture of Okhotsk, whose ruins have been excavated in the northeastern part of Hokkaido. In ancient China, it was called ``Heishui,'' ``Weak water,'' and ``Wuhuanhe,'' but the name ``Heilongjiang'' first appeared in the 13th-century Liaoshi. In Manchu language, it is called "Sahaliyan Ula" (transcription: Sahaliyan Ula, meaning "black river"), and in Mongolian it is called "Хар Мөрөн/Khar Mörön". ”, and in Russian it becomes “Amur”, which is a common name worldwide. It is said that the name of the island Sakhalin (Karafuto) was attached because it is located on the opposite bank of the river mouth of Sakhalyan Ura. The Chinese used this river to trade with the basin tribes (as well as the Ainu living in Karafuto on the opposite bank of the Amur estuary) in exchange for furs and other Chinese products (Santan trade), but they gradually advanced eastward. There was a dispute over trade and territory with the Russians who had come. In the 17th century, Russian expeditions such as Vasily Poyarkov and Erofei Khabarov invaded the Amur River basin, leading to a conflict between the Qing Dynasty of China and the Russian Empire, which was moving southwards. , Morning: 나선정벌, Dew: Русско-цинский пограничный конфликт) happened. The Russians built the fortress of Albazin on the upper Amur River, but it was repeatedly besieged and destroyed by the Qing army. The Russian side agrees