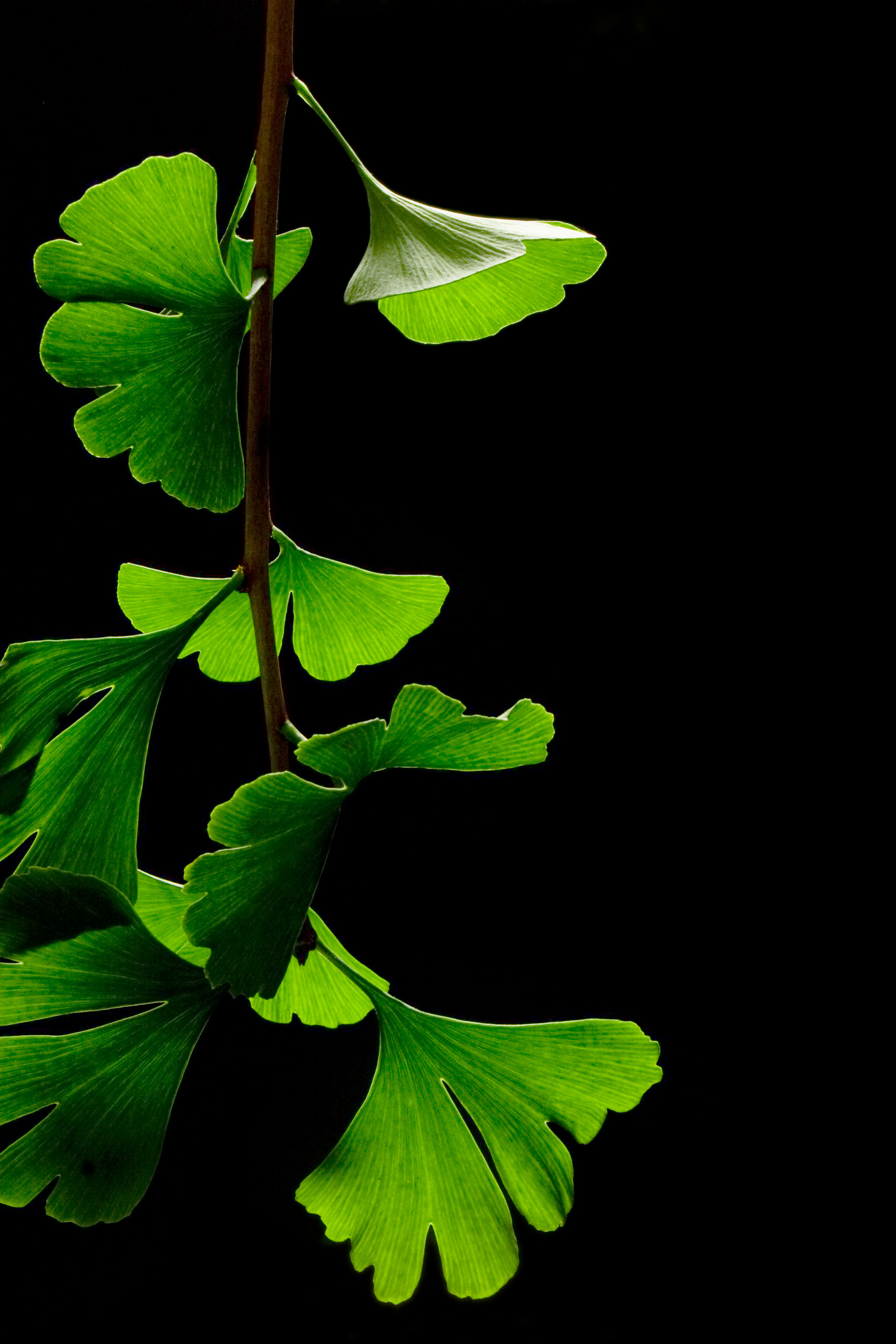 Ginkgo (Ginkgo biloba, Ginkgo biloba, Ginkgo biloba, scientific name: Ginkgo biloba) is a gymnosperm and a deciduous tree. In Japan, it is often planted as a roadside tree or park tree for ornamental purposes, or in the precincts of temples and shrines, and is also cultivated for food, Chinese medicine, and timber. Other names of trees are Ginkgo nuts, Ginkgo nuts, and Ginkgo nuts. Usually, "Ginnan" refers to the seeds described below. It is a tree that is often seen nationwide in Japan, such as roadside trees. It has characteristic broad leaves but is not a broad-leaved tree, and although it is a gymnosperm, it is not a conifer. It is one of the oldest modern tree species in the world. Ginkgoales appeared in the Permian period historically and flourished worldwide until the Mesozoic (especially the Jurassic period). Fossils of leaves have been found all over the world, and in Japan, fossils such as Baiera of the genus Baiera from the Omine coalfield in Yamaguchi prefecture in the ephemeral era of the Neogene, and his Ginkgo adiantoides Heer of the genus Ginkgoales from Hokkaido have been found. However, Ginkgo biloba L. is the only surviving species because it disappeared in various places in the Cenozoic era and became extinct in Japan about 100 years ago. Ginkgo is now listed as an Endangered Species on the International Union for Conservation of Nature (IUCN) Red List as a "living fossil." The seeds (or the inner epidermis and ovules of the seed coat) are called ginkgo nuts, which are often called "ginkgo nuts" and are distributed for food. Ginkgo can cause poisoning and death cases have been reported, so certain consideration is required when ingesting it (details will be described later).

In Chinese, the shape of the leaf is likened to a duck's leg, and it is called a duck leg, so there is a theory that it turned from there. In Kano (2008), it is said to be the accent of the medieval Chinese word ia-kiau for "duck leg". However, in the Muromachi period Japanese dictionary "Ginkgo", the letters "Ginkgo" are referred to as "Ichiyau" and "Ginkgo", and the synonym "Kamo-leg" is referred to as "Afukiyaku". It is written together with Ginkgo as the sound of ginkgo, not as the sound of duck legs. In China, the name of the duck leg was found in the poems of Mei Yaochen (1002-1060) and Ouyang Xiu (1007-1072) in the 11th century, and the seed was called "duck leg". On the other hand, there is a theory that the word "Ginkgo" is a change of the Ming dynasty's ancient sound (Tang dynasty) of "Ginkgo". There is no "duck leg" in Ichijo Kaneyoshi's "Sakumoto Korai", which was established around 1481, "Kanshu Character Extract" in 1486, and "Shinsen Kinju Korai" around 1492. And support this. The historical kana orthography of "Ginkgo" is "Ichiyau", but in many cases it was originally "Tefu". It is said that this pseudonym "tefu" was applied to "Ichiyo". In the "Nagakura Punishment Record" established around 1450, the family crest drawn on the curtain is described as "Oishi's Genzaemon Haiteu no Ki".

The seeds are called ginkgo nuts, but it is thought that they were renamed from the above-mentioned "duck leg" in the first half of the 11th century for tribute and came to be used. The "Ginkgo" described in "Honso Tsuname" by Li Shizhen of the Ming dynasty is said to be the first appearance of Ginkgo in "Daily Honso" (1329). The Chinese name "Ginkgo" is because the seeds are white. The medieval Chinese word for "Ginkgo" is iən-hiəng, and it is thought that "Ginkgo", which is the Tang dynasty of Ginkgo, has been transcribed (continuous voice) and has come to be called Ginkgo. Learning