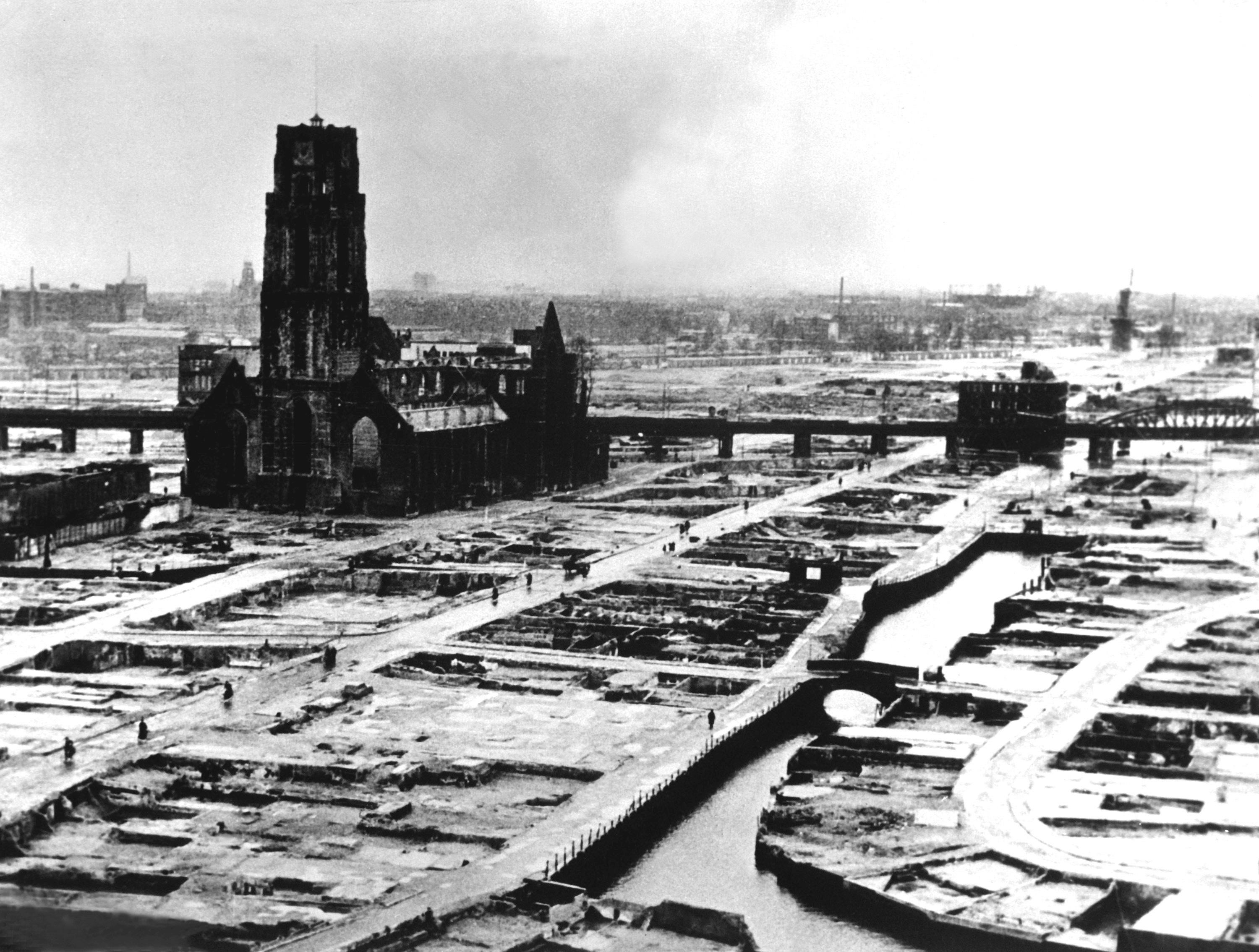 The Battle of the Netherlands (Fight in the Netherlands, Orchid: Slag om Nederland) was an early World War II invasion of lowland countries (Belgium, Luxembourg, the Netherlands) and France (Operation Yellow, Fall Gelb). It is a part. The battle took place from May 10th to May 17th, 1940. After the German Air Force bombed Rotterdam, the Dutch army chose to surrender so that similar tragedy would not extend to other cities. As a result, Nazi Germany won and occupied the Netherlands. The Dutch government went into exile in England and created a government in exile.

Britain and France declared war on Germany after Germany's invasion of Poland in 1939. However, both armies were trying to improve their strength in preparation for the long war that followed, and during that time there was no ground operation in Europe, which was called the Phoney War. Hitler created an invasion operation into the Netherlands on October 9. It aimed to use the Netherlands as a base for British attacks, to form a buffer zone against similar attacks from Britain and France, and to reduce the threat to the Ruhr industrial zone. The Netherlands was neutral in World War I, but emotionally more towards Germany. Wars with Germany have never taken place, and even before the unification of Germany in 1871, wars with German territorial states were extremely rare. On the other hand, wars with the major allies of the Western Front, France and Great Britain, have historically been frequent. In particular, I was particularly offended by what Britain was doing to the Boers (descendants of Dutch immigrants) in South Africa (a Dutch settlement) at the time. Their history was the background of the negative image of Britain and France. An indication of the situation in favor of Germany is the exile of German Emperor Wilhelm II to the Netherlands in 1918, shortly after World War I. The Netherlands protected the emperor and gave him a castle called the Huis ter Doorn until 1941, when he died. However, the Netherlands also concealed many other asylum seekers, which in itself was nothing special. When Hitler came to power, the Netherlands began to re-arm, but at a much slower pace than in other countries. The government did not see Nazi Germany as a threat. This was caused by the idea that he did not want to offend Germany, including his feelings for Germany, and more emphasis was placed on the measures against the Great Depression, which had a great impact on the Dutch economy. It was partly due to strict budgetary restrictions. After the invasion of Poland in September 1939 and the onset of World War II, the Netherlands wanted to remain neutral as it was 25 years ago. Dutch troops were mobilized and organized to ensure this neutrality. Over a billion guilders were available to equip the force, but the Netherlands ordered many of the new equipment from Germany, making it difficult to obtain these equipment during the war with Germany. It was supposed to be. Germany and France consolidate their borders with fortified lines like the Maginot Line and Westwall, and lowland countries expose unprotected borders like the Maginot Line to two powerful nations, France and Germany. rice field. This fact is due to these low-lying countries.