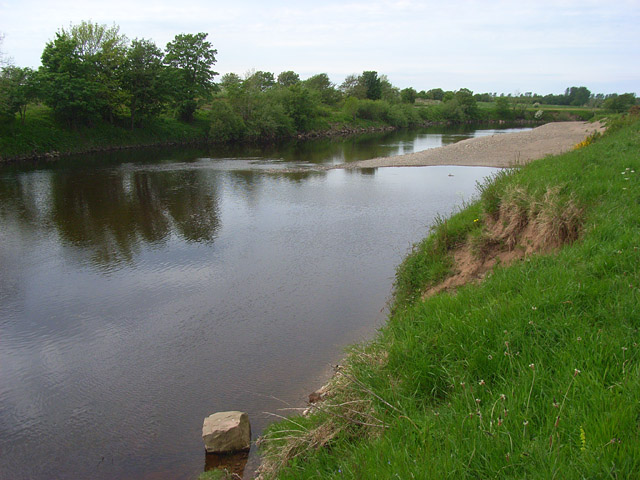 The Battle of Solway Moss (Battle of Solway Moss) was fought on the English side of the English-Scotland border at Solway Moss near the Esk River on November 24, 1542. Battle between the Kingdom of England and the Kingdom of Scotland. Also known as the Battle of Solway Wetlands. King Henry VIII of England demanded that his nephew James V of Scotland leave the Roman Catholic Church, but immediately invaded southwestern Scotland when it was refused. In contrast, the Scottish troops that invaded England were poorly organized and commanded, resulting in many Scottish prisoners of war or drowning. The news of this defeat is said to havetened the death of James V.

When King Henry VIII of England left the Roman Catholic Church and made himself the head of the Anglican Church, he also demanded that his nephew, King James V of Scotland, leave the Catholic Church. Not only did James V ignore the request, he also refused to meet Henry VIII in York. Furious Henry VIII invaded Scotland. In retaliation for this massive invasion, James V ordered Sir Robert Maxwell to draft.

On November 24, 1542, the Scottish army, estimated to be between 15,000 and 18,000, advanced to England. Sir Maxwell was not officially appointed commander of the Scottish Army, but he declared himself to lead the attack. According to George Douglas of Pittendreak, who was not on the scene, and later Chronicles, Oliver Sinclair, a favorite of James V in the absence of Sir Maxwell, claimed to have been appointed commander by James V. According to this record, the conflict caused confusion in command. According to the records of England commanders Sir Wharton and William Masgrave, it was Sir Maxwell who actually took command, but he fought with other Scottish aristocrats, who surrendered to him on the banks of the River Esk. .. Scottish troops advancing to England encountered 3,000 English troops led by Sir Wharton near Solway Moss. The battle resulted in a total collapse of the uncontrolled Scottish army. Scottish troops were first chased by English cavalry at Oakshaw Hill and then climbed Arthuret Hill. It was on the south bank of the Esk River, but I noticed that it was being driven between the river and the mud. The Scottish army still desperately counterattacked, but was not an enemy of the English army and soon surrendered. According to Sir Wharton, there was no battle-like battle, just driving the Scottish people between the Esk and Lin rivers. According to a Scottish writer, the Scottish army was "deceived by its own directions." Hundreds of Scottish people were said to have drowned in rivers and swamps in the turmoil of the battle. James V, who was not on the battlefield (he stayed in Lochmaben), humiliatedly withdrew to Falkland Palace while suffering from a fever. The queen's birth of a daughter instead of a son discouraged him from living, and the Stuarts said that "one woman would rise and one woman would perish." Two weeks later, James V.