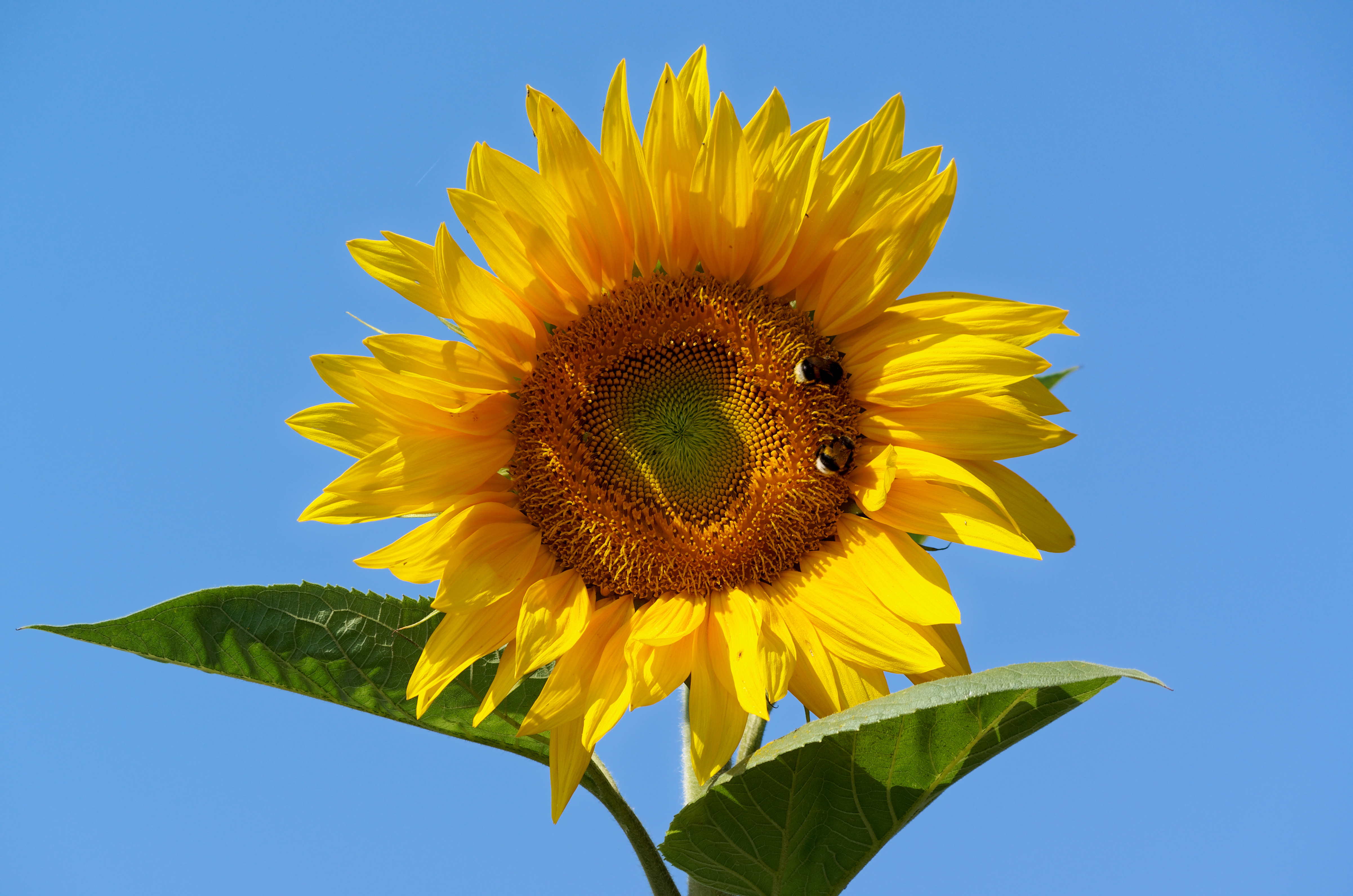 Origin: North America. It grows up to about 3m in height and blooms quite large yellow flowers from summer to autumn. In addition, the dark part of the sunflower flower has a slightly reddish yellow (golden yellow). The petals look like one large flower, but they are actually called head inflorescences, and many flowers come together to form a single flower. This is a characteristic found in plants of the Asteraceae family. Flowers with yellow petals on the outer ring are sometimes called ``ray flowers'', and flowers without inner petals are sometimes called ``tubular flowers''. The origin of the Japanese name comes from the fact that the flowers are said to follow the direction of the movement of the sun. However, since this movement accompanies growth, it actually follows the sun only when it is young and growing. The leaves on the upper stems of young sunflowers move to face the sun, facing east in the morning and facing west in the evening. It rises shortly after sunset and heads east again before dawn. This movement continues until the buds are formed, but by the time the buds grow and the flowers open, growth stops and they stop moving. In the process, the movement to the west gradually decreases during the day, but the movement back to the east at night does not change. It should be noted that this is the case when cultivars with a single flower on the stem apex receive unobstructed sunlight, and this is not necessarily the case with cultivars with many flowers or where there is something that blocks the sunlight. Sunflower seeds are arranged in a spiral, and when you count the number of spirals, the Fibonacci number appears. The seeds are oblong and slightly flattened. Seed coat color is black in oil cultivars, and black and white striped along the long axis in edible and ornamental cultivars.

The sunflower is believed to have originated in western North America. It has been an important food crop for Native Americans since pre-Christian times. In 1510, the Spaniards brought back sunflower seeds and started cultivating them in the Madrid Botanical Gardens. The Madrid Botanical Garden is famous for being the first to grow dahlias and cosmos. It took nearly 100 years before the sunflower was brought out of Spain until the 17th century when it reached France and then Russia. Only after reaching Russia was the seed of great value recognized. In the Orthodox Church, the six weeks before the Holy Branch Festival are considered to be a great feast, and a feast is held by restricting food items. In the early 19th century almost all fatty foods were on the list of prohibited foods. But the sunflower was not on that list, perhaps because it was unknown to the jurists of the church. For these reasons, many Russians, who are mostly Orthodox, believe that sunflower seeds are edible, consistent with church law.