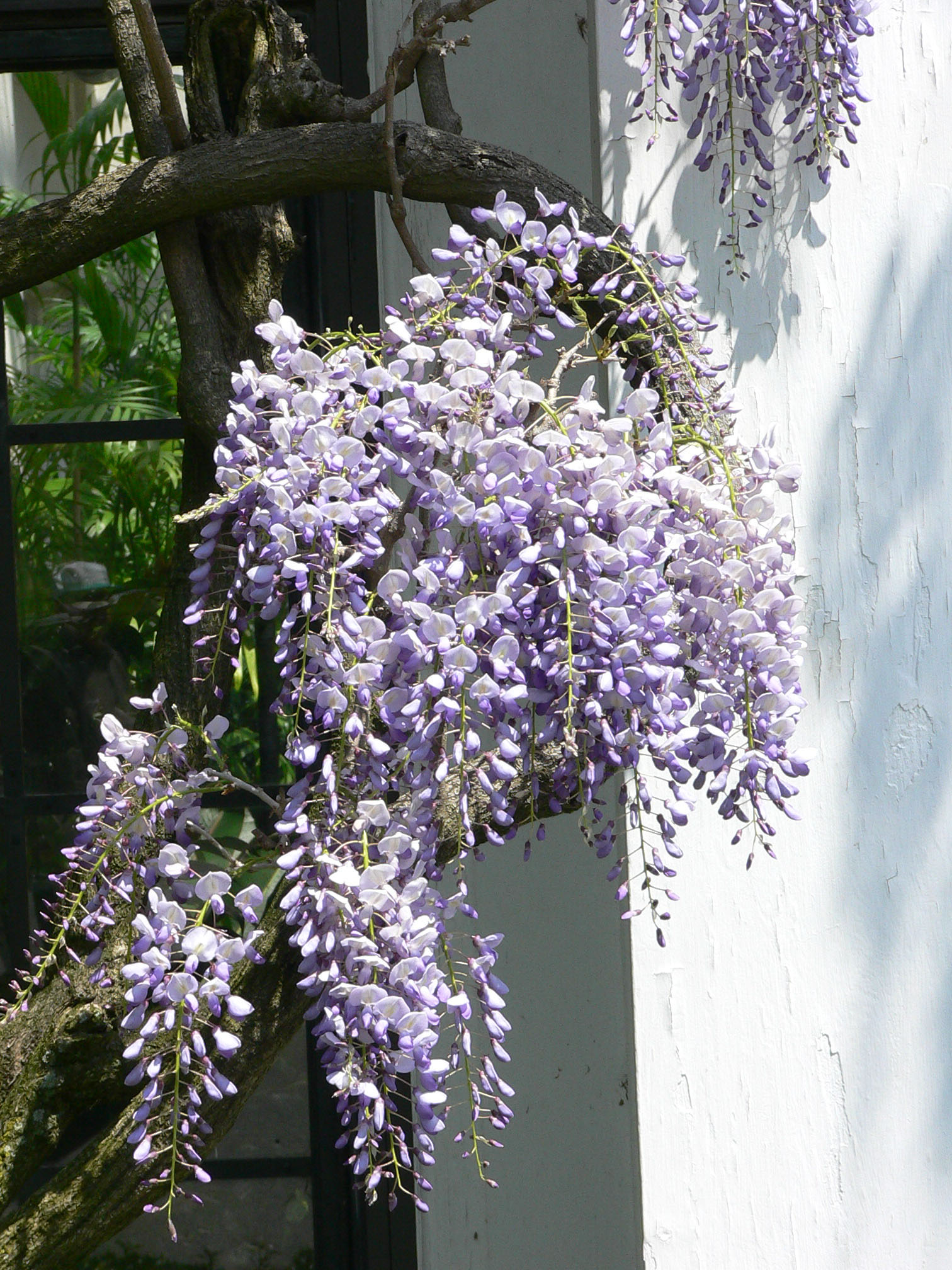 Wisteria (Wisteria, scientific name: Wisteria floribunda, also known as Noda Fuji) is a vine deciduous tree of the genus Wisteria in the family Leguminosae and is endemic to Japan. When the flowers are in bloom, the "Wisteria shelf" is a target for viewing and sightseeing. In Japan, there is Yamafuji W. brachybotrys in the same genus, which is sometimes confused. Foreign species such as Chinese wisteria W. sinensis may also be cultivated, but this species is mostly used in Japan.

There is no established theory as to the origin of the Japanese name Fuji, but one theory is that it is originally called and pronounced "Fuji", and it means "spray" because the flowers scatter every time the wind blows. The Chinese character notation "wisteria" is the abbreviation for Chinese wisteria, which was originally produced in China, because it was written as Shito in China. The word wisteria itself is a word that refers to wisteria, that is, a vine and woody plant. Another name is Noda Fuji (Noda Fuji), which is derived from the place name of Noda Village (currently Osaka City) in Settsu Province. Noda Village was a famous place for Fuji so much that it was said to be "Sakura of Yoshino, Maple of Takao (Kasuga), Wisteria of Noda".

Endemic to Japan. It is distributed in the temperate to warm zones of Honshu, Shikoku, and Kyushu, and in the forests of low mountains and flatlands. It is commonly found in low mountains, flatland forest edges, cliffs, and in forests. It has been planted in gardens for ornamental purposes since ancient times.

Deciduous vine wood. The vines are right-handed (S-wound) and initially densely grow brown short hairs, but later become hairless. The leaves alternate to a length of 20-30 cm (cm), with odd pinnate compound leaves and 11-19 leaflets. The individual leaflets are 4-10 cm long, narrow-ovate, with protruding tips and rounded tips. The base is almost circular. The leaflets are almost hairless and the young leaves have hair. The leaves are grassy and thin, with smooth edges. The flowering season is April-June, and it has the longest raceme in the genus Wisteria, and the inflorescence extends to the tip of the branch and hangs down to reach 100 cm, and has many flowers. Ushijima no Fuji, which is this species, had inflorescences of about 300 cm in the Meiji era, and the cultivars Nodanagafuji (purple Nagafuji, Kusakufuji) born from it also have inflorescences of about 200 cm depending on the conditions. The number of flowers sometimes exceeds 100, and flowering blooms from the base side to the tip of the inflorescence. Flowering takes several days, so in the early stages the inflorescences form a beautiful inverted cone. Short white hairs are densely grown on the inflorescence axis and pedicel. The bracts are narrow-ovate, about 1.5 mm (mm) long, and the pedicels are 15-25 mm long. The flowers are purple to pink, so-called mauve. The calyx is bowl-shaped with 5 splinters, the top two of which are slightly coalesced, and the bottom one is the largest, which is a characteristic of this genus. It has been growing for a long time. The flag petals (standing petals on the upper side) are almost circular, 10-13 mm in diameter, slightly protruding at the tip, heart-shaped at the base, with short claw-like protrusions, and on the side. There is a fold in the center of the base. By the way, the protrusion at the base of this flag valve means that the flag valve can be raised firmly by pressing the wing valve. The wing petals (petals on the sides) are almost the same length as the keel petals (boat-shaped petals on the underside that hold stamens and pistils inside), and have a slightly long claw-like protrusion with a length of 15-20 mm. There are 10 stamens, divided into two groups on the left and right, but one on the side of the flag valve is separated and is 13-17 mm in length. The fruit season is October-December. When the flowers are over, large legumes hang down. The legumes are 10-19 cm long and 2-2.5 cm wide, narrow and oval and flattened.