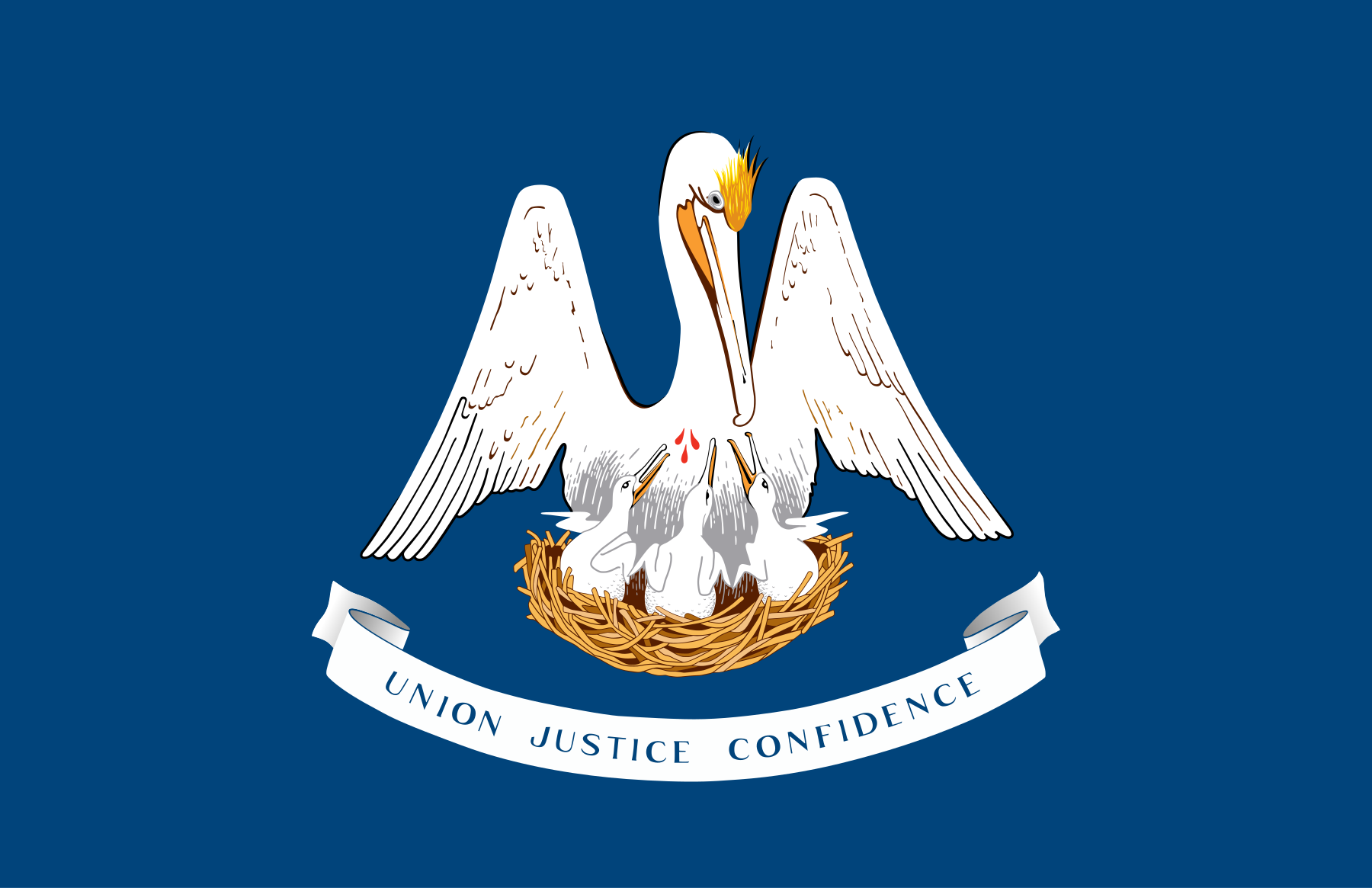 Louisiana State of Louisiana État de Louisiane Nickname of the state: Pelican State The state of Louisiana (UK: State of Louisiana) is a state in the southern United States. It ranks 31st in land area and 25th in population among the 50 states of the United States. The provincial capital is Baton Rouge, and the largest city is New Orleans. Formerly a French territory, it became a state of the United States in 1812. The influence of civil law remains strong in civil law. Also, as an administrative division under the state, instead of the county (county) used in other states, it meant parish (Christian parish), but now it is an administrative parish civil parish, and in Japanese it is a county. The use of "county") is also an influence of the French colonial era. Parish is used as a county equivalent only in Louisiana in the United States. In some metropolitan areas of the state, multicultural and multilingual heritage remains, strongly influenced by the mixed cultures of France (home and Acadia) and Spain (Nueva Espana), which dominated the territory in the 18th century. We can also see the influence of the culture of indigenous Indians and African-Americans brought in as slaves from West Africa. Before it became the territory of the United States in the early 19th century and was promoted to a state by the influx of Anglo-Saxon Americans, a culture that was somewhat different from other states in the United States was formed and continues to this day.

The place name Louisiana is derived from King Louis XIV of France (Reign: 1643-1715). When Robert-Cabrielle de la Salle declared this area of ​​the Mississippi River a French territory, he named it La Louisiane. The suffix -ana (or -ane) is a Latin suffix that refers to "a specific individual, object, or place." Therefore, roughly speaking, "Louis" + "ana" means "things related to Louis". As part of the French colonial empire, French Louisiana extended from what is now Mobile Bay to the north of the Canadian border, including a small part of southwestern Canada.

Indigenous Indians lived for thousands of years before Europeans arrived in the region of Louisiana in the 16th century. The Watson Brake archaeological site, near what is now the city of Monroe, was the earliest place in North America where a mound called the mound was built, and where the oldest complex structure in the Americas was located. The site, consisting of 11 mounds, was built about 5,400 years ago, around 3500 BC. The pre-owned Canney and Frenchman's Bend sites are estimated to be 5,600 to 5,000 years old, with hunter-gatherer tribes organized seasonally in the northern part of the state to form a complex structure. It shows that it was built. The Hedgepes site in Lincoln County is a bit new, estimated to be 5,200 to 4,500 years old. Nearly 2,000 years later, Poverty Point, the largest and most well-known archaeological site in the late years, was built. The current village of Epps developed nearby. Pobati Point culture may have reached its peak around 1500 BC, creating the first complex structure in North America, and perhaps the first tribal culture. This culture was around 700 BC.