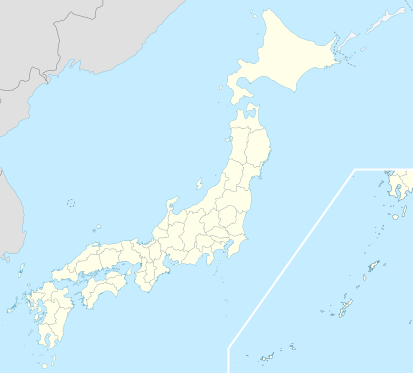 Seismic intensity 5 was observed in Izu Oshima and Yokohama City, Kanagawa Prefecture, but because the seismic source area extended to land, Higashiizu Town, Kamo District, Shizuoka Prefecture was hit by shaking equivalent to seismic intensity 6. Damage is concentrated in the eastern part of the Izu Peninsula rather than Izu Oshima. Many people died due to landslides. In Amagi Yugashima Town, the Tailings dam of the carry-over mine broke down, and the highly toxic sodium cyanide (sodium cyanide) flowed into Suruga Bay via the Kano River, causing great damage to fish and shellfish.

This earthquake is a multiple source earthquake, which progresses west from a small destruction (the seabed near the middle of Izu Oshima and the Izu Peninsula) about 6 seconds before the mainshock, and progresses west-northwest on land to become the mainshock (mainshock). An earthquake occurred. There is an analysis result that the position of the second earthquake is around 3-4 km west of Inatori Cape in the inland area of ​​the Izu Peninsula. A surface fault appeared near Inatori where this main rupture occurred. The running direction of the fault was west-northwest. The source fault of this earthquake was later named the Inatori fault.

Since January 13th, the day before, there was a remarkable foreshock activity, so it was a daytime earthquake, but the residents' awareness of disaster prevention was increasing and there was only one fire. * Note In the material below, 25 people were killed and 211 were injured. Higashiizu Town recorded the highest number of items such as injured, completely destroyed / partially destroyed houses, landslides / landslides, and road damage. There were 109 injured, 56 completely destroyed, and 460 partially destroyed, all of which account for more than half of the total. At Atagawa Onsen in the town, a hotel employee dormitory (three-story reinforced concrete) collapsed and some people died. If the number of damages in Kawazu Town and Amagi Yugashima Town (currently Izu City) is added to this, it will account for most of the total damage. On the other hand, in Oshima Town, there was no human damage or half-destroyed houses. After the earthquake, a request for dispatch was made to the Self-Defense Forces, and rescue activities were carried out by the Self-Defense Forces from the 15th of the following day. Landslides and landslides were noticeable in the eastern part of the Izu Peninsula, which was heavily damaged. Among them, the one that killed many people was the landslide that occurred in the Mitaka Iriya district of Kawazu Town. A large-scale landslide with a length of about 300 m, a width of about 200 m, and a height of about 30 m caused 4 households and 10 houses to be buried in earth and sand, and 7 people were killed. In Kawazu Town, a bus running on a prefectural road was hit directly by a landslide, killing three passengers and injuring eight, excluding the driver. In addition, traffic was blocked in various places due to rockfalls and landslides. Izukyu resumed operation on January 31st. An unprecedented accident also occurred. At the Mochikoshi Mine in Amagiyugashima Town, the dam of the wastewater sedimentation reservoir collapsed, and about 10 tons of wastewater containing the highly toxic sodium cyanide flowed into the Mochikoshi River, which flowed into Suruga Bay via the Kano River. Seawater was polluted, damaging fish and shellfish and causing anxiety for residents who use water in contaminated areas. The accident happened because of the slag that came out after digging minerals from the mine. It is believed that the dam was destroyed by the liquefaction caused by the shaking of the earthquake due to insufficient drainage. A fault has also been found. In Higashiizu Town, a fault crossed the Inatori tunnel on the Izukyu line. The maximum amount of displacement is.