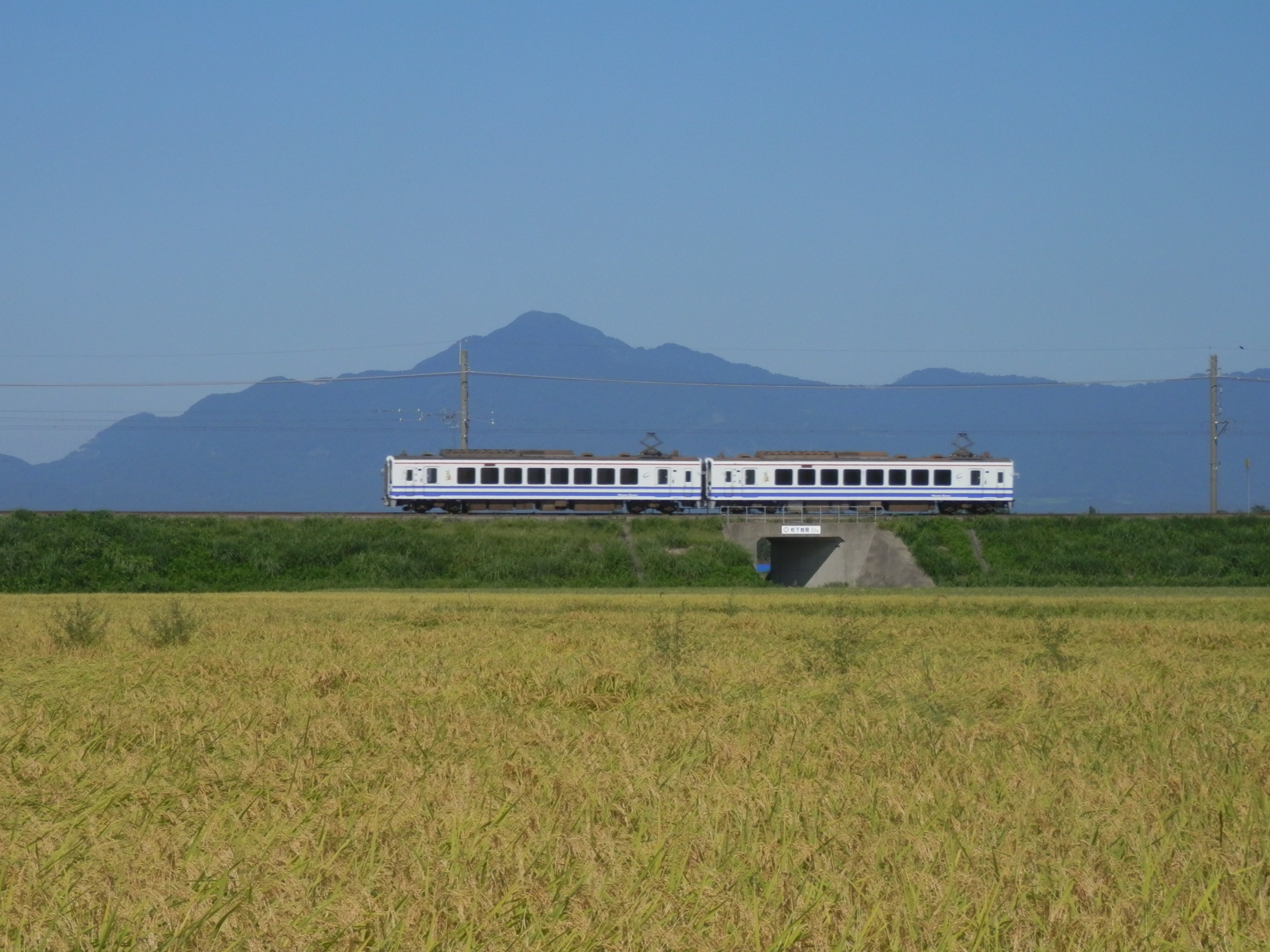 The Hokuhoku Line is a railway line operated by Hokuetsu Express that starts at Muikamachi Station in Minami Uonuma City, Niigata Prefecture, and connects to Saigata Station in Joetsu City, Niigata Prefecture. Construction started in 1968 (Showa 43) as the planned line "Hokuetsu Kita Line" of the Japanese National Railways (JNR), which has the role of a short-circuit line to the Hokuriku area. ) Business started on March 22nd. Since its opening, trains that connect to the Joetsu Shinkansen have been in operation, and until the opening of the extension between Nagano Station and Kanazawa Station on the Hokuriku Shinkansen on March 14, 2015, the main connection between the Tokyo metropolitan area and Hokuriku. As a route, the limited express "Hakutaka" was operated via the same line. In addition, from the time of opening, some limited express "Hakutaka" has been operating at 140 km / h, which is the highest speed on narrow-track conventional lines in Japan, and from December 1998, it has been operated at 150 km / h. After March 2002, even higher speed 160 km / h operation was started. After the limited express "Hakutaka" ended operation on March 14, 2015, there are no trains operating at a maximum speed of 160 km / h, so the maximum speed on the current line is 130 km / h. , The vehicles 681 and 683 used in "Hakutaka" were also sold to JR West, so the commercial trains are operated at a maximum speed of 110 km / h due to the performance of the HK100 series for ordinary trains. On the other hand, as an express train that replaces "Hakutaka", while using the HK100 series, it connects Echigo Yuzawa and Naoetsu in less than an hour, and is the fastest "super-fast snow rabbit" in Japan as a train that can be boarded with just a ticket. Is driving.

In Matsudaimura (currently part of Tokamachi City) near the middle of the Hokuhoku Line, Matsudai Motor Co., Ltd. was established on April 15, 1920 (Taisho 9) and started operating buses and trucks. bottom. This company was sold in 1932 (Showa 7) and became Kubiki Jidosha. However, in this era, the snow removal system for roads was not in place at all, and until around 1960 (Showa 35), when the maintenance was in full swing, road traffic was completely impossible until early May, and each village was isolated. It used to be. Even in the 1980s, when the construction of the Hokuhoku Line was underway, the Yakushi Pass on National Highway No. 253, which connects Tokamachi and Matsudai, was closed due to snow every year, and the straight line distance of 13 kilometers (km) crossed Kashiwazaki and Naoetsu. I couldn't come and go without making a detour of 120 km. A local official who was keenly aware of the importance and necessity of railways because road traffic became completely useless in winter said a reporter from the Asahi Shimbun who visited the area in 1931 said, "This inconvenience. Inspired by the statement, "To open a mountainous area, you have to penetrate the railway," a private-sector-centered railway attraction campaign was started. It was Tsuneji Yanagi, the founder of Matsushiro Motor Co., Ltd., who started the process. Already on May 4, 1916 (Taisho 5), the Kubiki Railroad had passed the entire section between Shin-Kuroi and Uragawara. Initially, a petition for the construction of the "Higashikubiki Railroad", which was connected to the Kubiki Railroad and extended to Matsushiro, was submitted to the Diet in August 1932. At this point, there was no idea of ​​connecting Tokamachi or Muikamachi with a railway that only connects Matsudai to the Shin-Etsu Main Line (Naoetsu) side (whether it was judged to be difficult to realize due to the steep terrain). After that, as a further developmental concept, it became the concept of "Joetsu West Line" connecting the Hokuriku region and Tokyo, and the mayors of Uonuma Sangun and Higashikubiki County issued a petition to lay a railway between Muikamachi and Naoetsu.