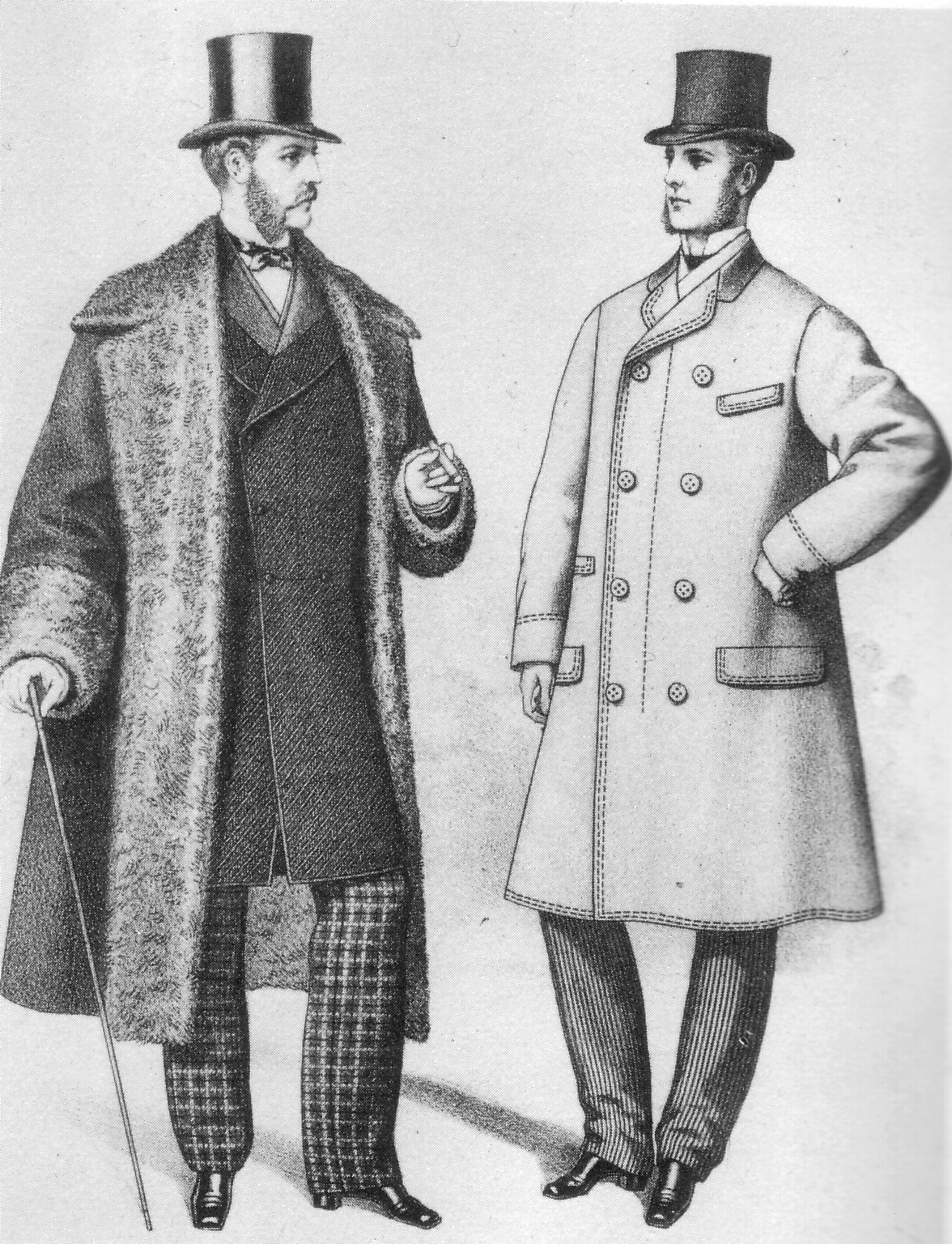 A cloak is a jacket made on the assumption that it will be worn on the outermost side. There are two types of cloaks: a cloak as rain gear and a cloak as winter clothing such as Mino and Aiba. In particular, when Western clothing (clothes) came into Japan, a "coat" came to be applied to the overcoat in English. In Japanese, it may be abbreviated as "over" or "coat". The cloak comes in various lengths. Usually, the knee length is called a long coat, the thigh length is called a half coat, and the waist length is called a short coat. The length may change with the times, but for formal wear, the knee length is considered to be elegant. Regarding the putting on and taking off of the cloak, it is said that men should take off at the entrance hall and leave the cloakroom there so that dust does not bother other guests at restaurants. When visiting someone else's house, they often take it off outdoors in Japan, but in Europe and the United States, they take it off at the entrance hall, which is a space for putting on and taking off coats. ..

Chesterfield coat A cloak that is also used for formal wear. It is said that even if you wear it on a tailcoat, morning, dinner jacket (tuxedo), or director's suit, which are indoor and semi-formal dresses, you will not lose your gratitude. Similar in shape to a frock coat or suit, with a notched collar, box pockets on the chest and pockets with flaps on both sides, it looks like a huge suit with a slightly squeezed waist. The front awase was originally a single front fly, but there are also double front ones, and it is a tradition to make the V zone narrow and long so that the jacket worn inside can not be seen regardless of the shape. Design. Also, if the upper collar is made of another glossy material such as velvet or satin, it will be more formal. The origin of the name is predominantly the theory that Count Chesterfield of England first wore it.

Ulster coat (Guards coat, Guardsman coat) The originator of the trench coat. Originally, the name comes from the use of wool material from the Ulster region of Northern Ireland. It first appeared in the late 1860s for men, and later the design was adopted for women as well. Popular as a British travel suit, the Ulster coat is also featured as a Holmes travel cloak in one of the Sherlock Holmes series. The Ulster-colored front awase features a double-front 6-button or 8-button. It comes with a removable hood and cape, and a band called a back band is attached to the back. My friends are Polo Coat and British Warmer. It is also called a heavy coat because it is often made of heavy fabric, and it is also called a storm coat because it has a deep double front and can withstand storms. Polo coat A long coat made of thick wool originating in England that polo athletes wear while waiting, and is closely related to the British warmer and Ulster coat. Originally called a weight coat, it went to the United States and was marketed by Brooks Brothers under the name of Polo Coat. Double 6 buttons. It features a back band, wide folded turn-up cuffs, an Ulster collar or peak lapel collar, and a large framed patch pocket. Ivy look Aite in Japan in the middle of the 20th century