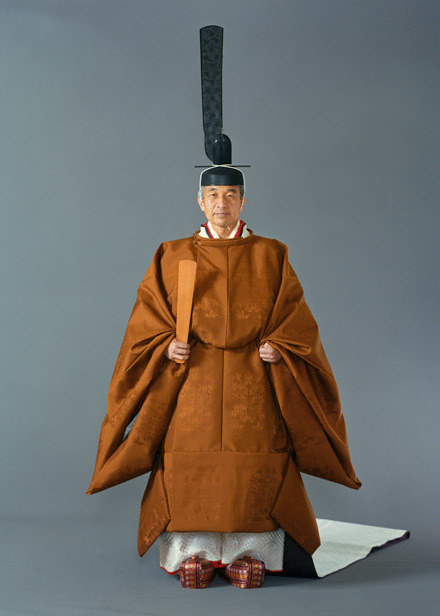 Heisei is one of the Japanese era names. After Showa, before Reiwa. The 247th era since Taika. From January 8, 1989 (Heisei 1) to April 30, 2019 (Heisei 31), which is the reign of Akihito (125th Emperor). The first era name stipulated based on the "Era Name Act (Act No. 43 of 1979)". Here, we also describe the Heisei era (Heisei era) from the 20th century (2nd millennium) to the 21st century (3rd millennium) of the Gregorian calendar (Western calendar) in terms of the era division of Japanese history.

At 6:33 am on January 7, 1989, the Crown Prince Akihito became the 125th Emperor due to the demise of the Emperor Showa. Following the succession of this throne, on the same day, based on the "Era Name Act (Act No. 43 of 1979)" enacted in 1979 (Showa 54), the "Government Ordinance to Amend the Gengo" (Government Ordinance No. 64 of 1979) No. 1) ”was promulgated and enforced, and the next day was changed to“ January 8, 1989 ”. This is not only the first era name after the enforcement of the Constitution of Japan in 1947 (Showa 22), but also the first era name in the history of Japan to be revised based on laws and regulations. The "Cabinet Order to Revise the Original Issue (Cabinet Order No. 1 of 1994)" was the first and last Cabinet Order in "Showa 64". In addition, since the procedure premised on the demise cannot be performed in advance, the formal procedure was started on the day of the demise and the reorganization was carried out the next day. After making a formal commission over the phone on the day of the demise, the "Meeting of Experts on the Era" only exchanged opinions for about 20 minutes, and it was said that the new era was decided in a hurry in a heavy atmosphere. However, preparations are underway under the surface of the water, and in September 1988 (Showa 63), when Emperor Showa vomited blood and his condition deteriorated, the era was narrowed down to the three final candidates. In the early morning of the Demise of the Crown of the Showa Emperor (January 7th), the Cabinet Cabinet Office will finally select "Heisei," "Shubun," and "Seika" from about 10 candidates. We narrowed down to these three plans and obtained the approval of Prime Minister Noboru Takeshita (Takeshita Cabinet). In the afternoon of that day, "Heisei" and "Shubun" were given to the "Round-table Meeting on the Era Name" (composed of the following eight experts), the Vice-Chairman of the House of Representatives (Kenzaburo Hara and Shinnen Tagaya), and the Vice-Chairman of the House of Councilors (Yoshihiko Tsuchiya and Hideyuki Seya). "Correcting" Three candidates were shown and opinions were sought. At this time, Junzo Matoba, who was the director of the Cabinet Secretary's Office at that time, immediately arranged the initials of the alphabet of the era after the Meiji era in order, "M (Meiji), T (Taisho), S (Showa). After that, H will be a good place to set up. " At the all-ministerial meeting held after that, there was a consensus on "Heisei", and the new era was officially decided as "Heisei" at the extraordinary cabinet meeting held from 14:10 on the same day. At 14:36, Chief Cabinet Secretary Keizo Obuchi announced at a press conference. After saying that, the figure showing the mount with the new era "Heisei" written by Junichi Kato was regarded as a symbol of the new era (see also #History). When the new era was announced, it was difficult to explain it verbally, so it was the idea of ​​Secretary Hiroshi Ishitsuki to announce it as a "book" that appealed to the eyes. On the same day, the "Cabinet Order to Revise the Original Issue (Cabinet Order No. 1 of 1994)" was promulgated by an extra issue of the official bulletin after receiving the approval of the new emperor, and came into effect on January 8th. .. In addition, "Matters concerning how to read the era" (Cabinet Notification No. 6 of 1988) was announced, and it was clarified that the reading of the new era was "Heisei". Unlike the time of the change from the Meiji era to the Taisho era and the change from the Taisho era to the Showa era, the next day when the Heisei era was changed.