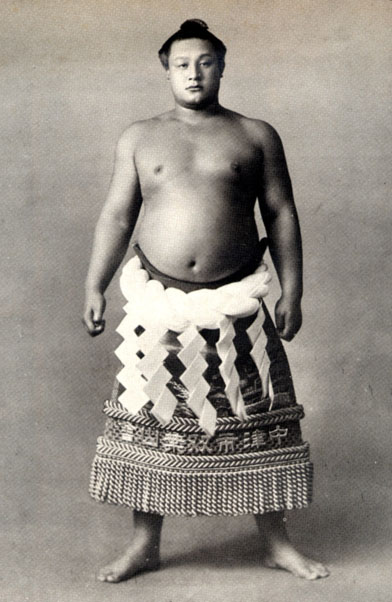 Yokozuna is the highest title in the ranking of sumo wrestlers. Etymologically, it is derived from the name of the white linen shimenawa rope, which only the yokozuna is allowed to fasten to the waist. Under the current system, yokozuna is not demoted and will only be retired from that position. Therefore, a wrestler who becomes a yokozuna is required to have the dignity and outstanding ability suitable for his position. In sumo wrestling, the yokozuna is a representative of all wrestlers, and at the same time, it is a proof that it is a substitute for God. Therefore, it is the duty of the active yokozuna to enter the yokozuna, except in the case of illness or breakdown. The yokozuna is sometimes called "Kusaka Kaizan" (Mr. Hinoshita) with the meaning of being unrivaled in the world. In addition, it is called "Tsunatori" that the active Ozeki wrestlers aim for the position of yokozuna. At this place, yokozuna is also a wrestler in Makuuchi, and efforts are being made every day for 15 days.

Before the birth of yokozuna

In the olden days, the description of a rope made by mixing and twisting black and white silk in the Warring States period can be seen in the literature. The wrestler who fastened this black and white yokozuna remains in the ukiyo-e from the Horeki to Anei in the middle of the Edo period.

After that, when Edo sumo as a box office became popular, the Yoshida family considered making a yokozuna by granting a yokozuna license in order to retain the power of the governor. By linking the sumo wrestling that was held at special ceremonies such as the viewing sumo wrestling of the shogunate and the dedication sumo wrestling to the temples and shrines with the Kaomise sumo wrestling that was held on the ring, the ropes are tightened and the sumo wrestling is shown by one person. It was to be. Then, in 1791 (Kansei 3rd year), the 11th Shogun Tokugawa Ienari's sumo wrestling was performed by the second generation Tanikaze Kajinosuke (Sendai Tanikaze) and Onogawa Kisaburo. It became officially recognized, and the yokozuna was born. However, there was no license even though there were powerful people (Raiden Tamemon etc.) for 38 years until Abumatsu Midorinosuke got a license, and just before the Abumatsu license, the Gojo family was at the time of both Ozeki Tamagaki. Since he licensed the yokozuna to Kashiwado, the Yoshida family seems to have institutionalized the yokozuna license. At this time, probably because the status of yokozuna had not been recognized yet, there was no record that Tamagaki and Kashiwado had entered the yokozuna dohyo because they were licensed. From Abumatsu, we started to enter the ground at this place, and the shape of the coin (paper decoration attached to the rope) is the same as it is now (it is folded in the width direction, not in the length direction of the paper). Then, in Edo sumo, those who were granted a yokozuna license by the Yoshida family came to be recognized as official yokozuna, and there were active yokozuna wrestlers without interruption. Originally, those who could attach a yokozuna in the status of "Ozeki" were called "yokozuna" (Tanikaze and Onogawa became yokozuna at Sekiwake. I'm taking it at Sekiwake.) From this, becoming a yokozuna is expressed as "stretching a rope". In addition, yokozuna was initially only an honorary title for Ozeki, who holds a yokozuna license, so Ozeki was the highest in the ranking. Therefore, there are many powerful Ozeki, such as Raiden Tameemon, who did not receive a yokozuna license while still achieving results that deserve yokozuna. Many of the wrestlers at that time were owned by daimyo, and it is probable that there were cases where the yokozuna was missed due to the influence of their power relations and faction conflicts. In this way, the 16th yokozuna and the first Nishinoumi Kaji