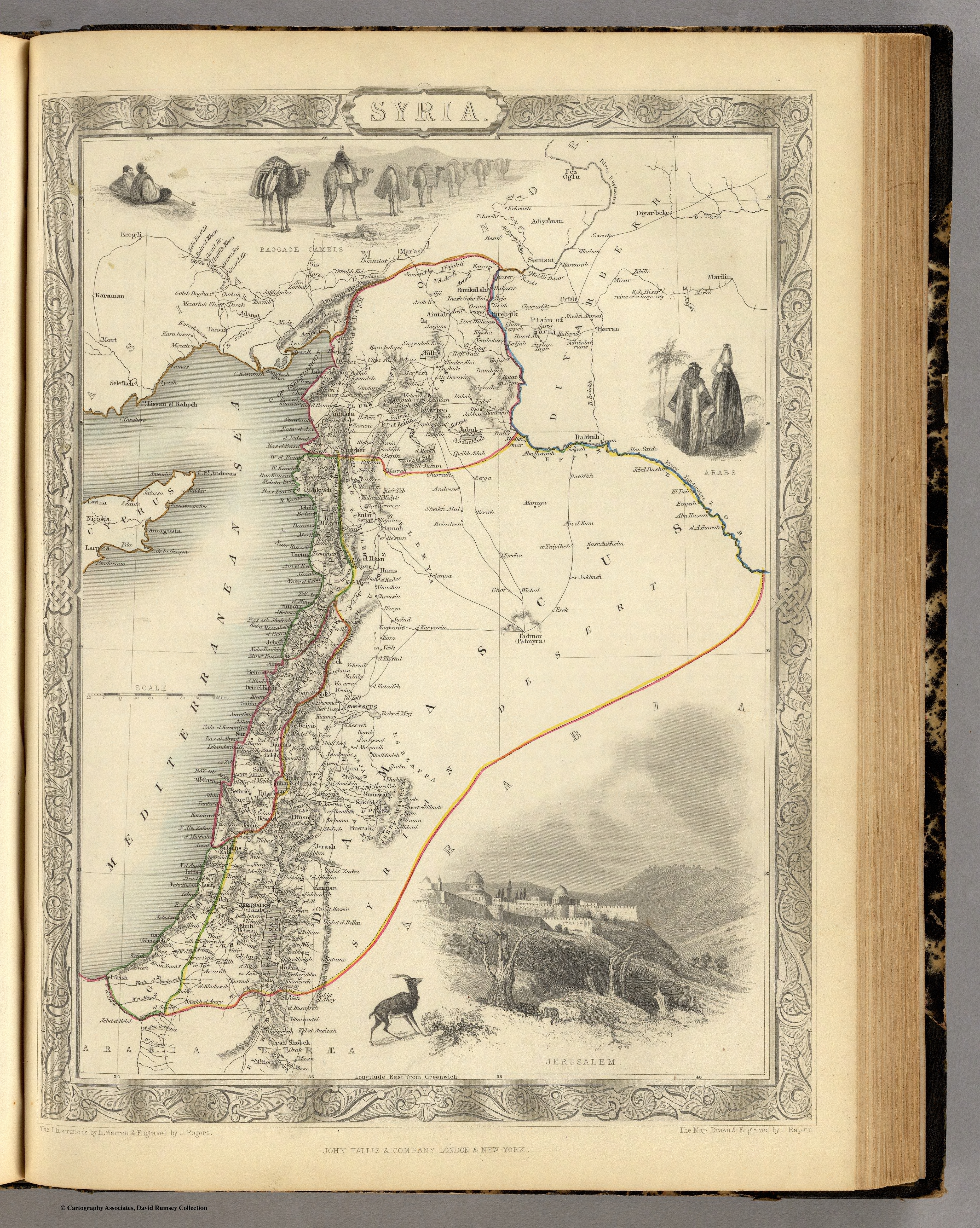 Historical Syria (Rekiseki Syria) is also known as Greater Syria and the Syrian region, and is the historical name for the region including the present-day Syrian Arab Republic and Lebanon, Jordan, Palestine, and Israel. It faces the Mediterranean Sea to the west, borders Iraq across mountains such as the Golan Heights to the east, and connects to the Red Sea and the Arabian Peninsula to the south. The area called the Sharm region (bilād al-Shām) in Arabic since the rise of Islam falls into this range. The word sham may simply refer to the eastern coastal region of the Mediterranean Sea, or to Damascus, the capital of Syria. Also translated as Levant in Europe. According to archeology, historic Syria is one of the early lands of human civilization. According to an archaeological excavation of the ancient city of Evra, which was excavated in 1975, Akkad spread from the Red Sea in the south to Anatolia in the north and Iraq in the east from 2500 BC to 2400 BC. The population of Evra at that time reached 260,000. Researchers believe that the language spoken in Evra is the oldest Semitic language. Depending on the time, Canaanites, Phoenicians, Hebrews, Egyptians, Arameans, Assyrians, Babylonians, Hittites, Persians, Macedonians, Romans, Nabatais, Greeks, Muslims, Crusade, Mongolians, Turks It was dominated by people. Historical Syria also played an important role in religion. Built in the late antiquity, the port city of Antioch prospered as the western end of the Silk Road, not only as a hub for Mediterranean trade, but also as a hub for east-west trade routes on the Eurasian continent. After World War I, the Ottoman Empire was dismantled, and in 1922 the League of Nations decided to divide and control Syria between Britain and France. Britain robbed the Transjordan and Palestinian regions, and France robbed the present-day Syrian Arab Republic and Lebanon. The area that France incorporated into the colony inherited the Syrian name and declared independence in 1941, but was not immediately approved and was internationally approved on January 1, 1944. During the French colonial era, the northwestern region around Antioch (now Antakya) was transferred to Turkey and is now the Hatay province of Turkey, which is also part of historic Syria.