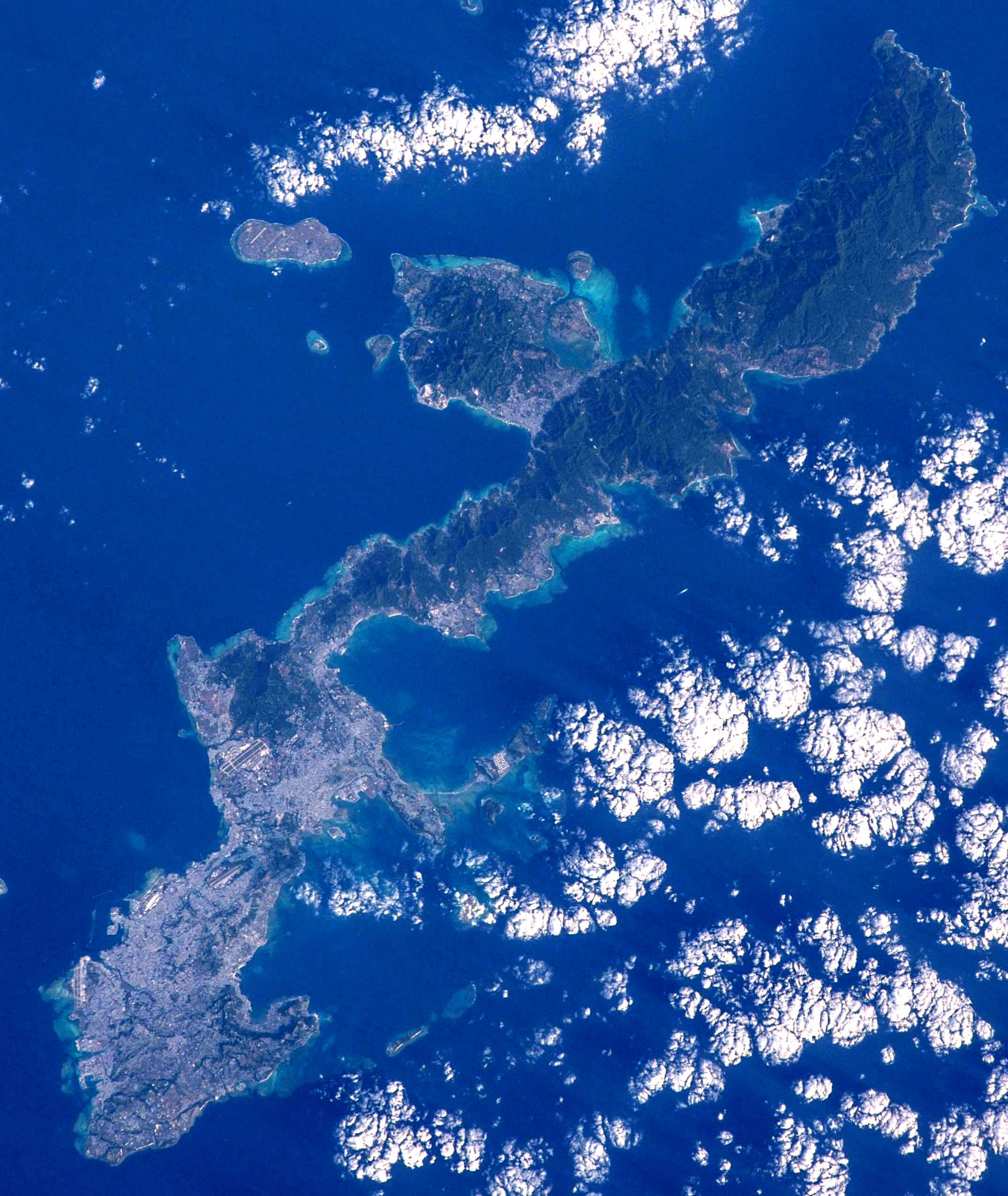 Okinawa main island (Okinawa real) or Okinawa island (Okinawajima) is the largest island among the 160 islands that make up Okinawa prefecture, and of course, except for the four main islands such as Honshu, Japan is second only to Kunashiri island. It is the third largest island in the area (in descending order, Chotoku Island-Kunashiri Island-Okinawa Main Island). It is also the largest island in the Nansei Islands, located between the East China Sea and the Pacific Ocean (Philippine Sea). The area of ​​the main island of Okinawa, which does not include remote islands, is smaller than that of Osaka and Tottori prefectures, but larger than that of Tokyo and Lake Biwa.

"Okinawa Island" means the main island of Okinawa Prefecture, and is called "Okinawa Main Island" or simply "Main Island", but this is a name that is conscious of remote islands based on human and social concepts. The Geospatial Information Authority of Japan and the Japan Coast Guard Marine Information Department use it in the same way as "Okinawa Island." In the Okinawan dialect, it is also called "Gigi" in addition to "Uchina". Gigi is written in Chinese characters as "underground" and is a companion word to "hanari (remote island)". In dialect, "Underground Three-way Separation" (Gigi Sampo Shuhanari) is a general term for the main island of Okinawa, Kunigami, Nakagami, Shimajiri, and the remote islands around the main island, and corresponds to the present Okinawa Islands.

It is an island located at the northeastern end of Okinawa Prefecture. It is the second largest island in Japan after Honshu, Hokkaido, Kyushu, Shikoku, Chotoku Island, and Kunashiri Island, and is the largest island in Japan excluding the four major islands and northern territories. The area is 1,207.00km2, the circumference is 476km, and the straight line distance of the main island is about 106.6km at the north and south ends. Since the return to Okinawa, landfills have flourished and more than 1000 hectares have been landfilled. The northern part is centered on igneous rocks, with low mountains of about 400m such as Mt. Yonaha, the highest peak on the island, Mt. Yaedake, and Mt. Nagodake. It is also a characteristic of the north that there are slightly large rivers, and there are very few flatlands. Due to the distribution of acidic soil, pineapple is cultivated. The northern part is called Yanbaru, and in a narrow sense it refers to the forest that extends to Kunigami Village, Ogimi Village, and Higashi Village in the northern part of the main island of Okinawa, or the area itself of Kunigami Village, Ogimi Village, and Higashi Village, and in a broader sense it is in the northern part of the main island of Okinawa. It refers to the expanding forest or the northern part of the main island of Okinawa itself. The limestone layer is distributed on the Motobu Peninsula, and the conical karst found in tropical regions is well developed. In addition, since the Motobu Peninsula produces limestone, a large-scale quarry and cement factory are located there. In agriculture, it is known as the production center of acerola. During ~