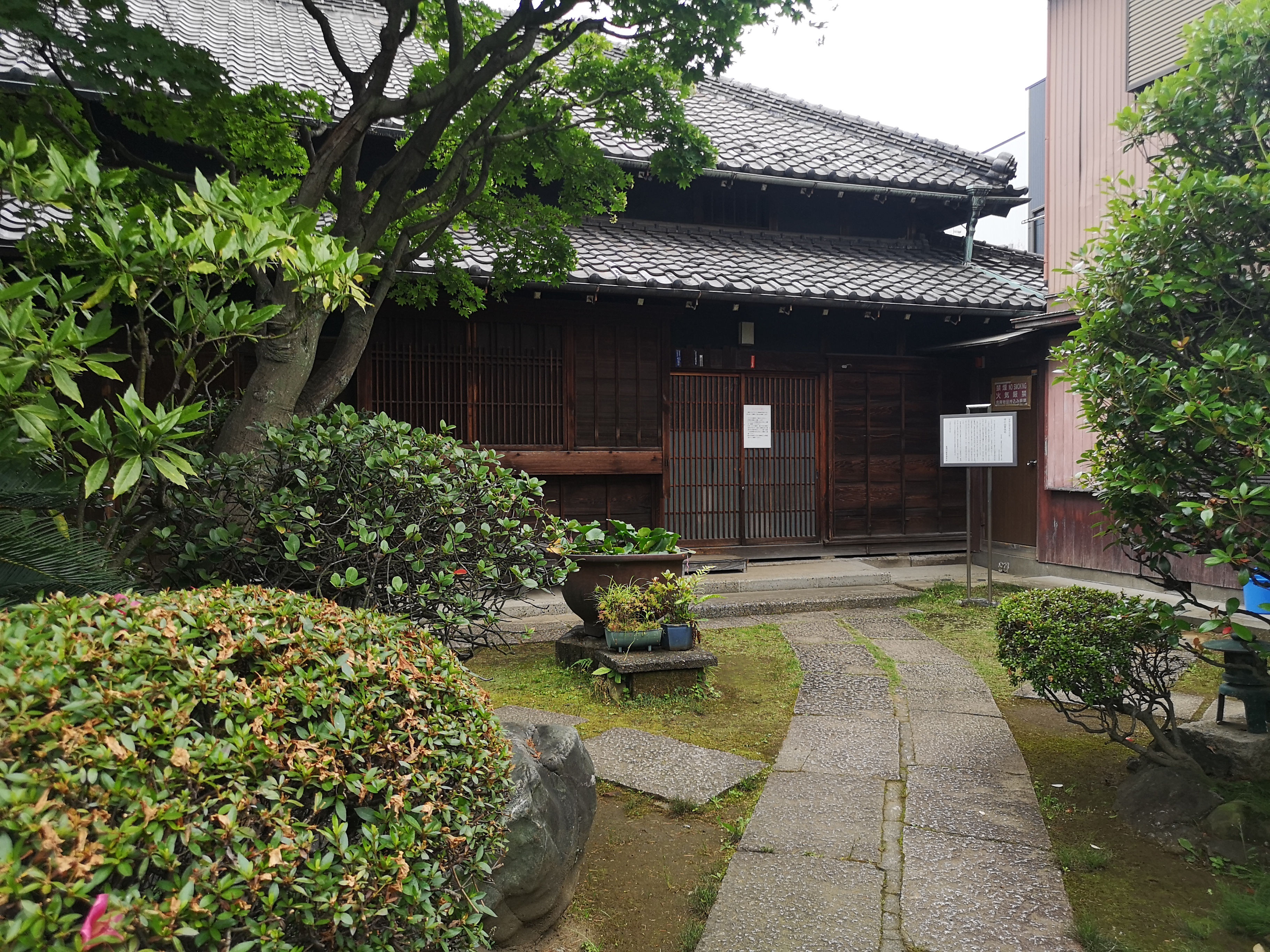 Tachibana Taisho Minkaen Former Koyama Family Residence is an old folk house located at 6-13-17 Tachibana, Sumida-ku, Tokyo. It was built in 1917 (Taisho 6), but it is attracting attention as a spot where you can visit the Seven Fukujin in one place because of the architectural style that combines the characteristics of both farmers and townhouses in the Edo period and the stone statue of the Seven Fukujin in the garden. To. The name of the building, which is a tangible cultural property designated by Sumida Ward, is the former Koyama family residence. Locally, it is also written as "Tachibana Taisho Minkaen Former Koyama Family Residence".

The former Koyama family residence was built in 1917 (Taisho 6) by Goro Koyama at 4-1-116 Mukaishima Higashi. There was originally a thatched roof house in the same area, which was demolished and newly built. The Koyama family was a landowner who was also called the owner of the village in the area called Azumamura before the transition to town administration in 1911 (Taisho 1st year). Owned the land around the area and paid an income tax of 353 yen. The house survived the Great Kanto Earthquake of 1923 (Taisho 12) and the Great Tokyo Air Raid of 1945 (Showa 20), and descendants lived until June 1998 (Heisei 10), but in 1997. In June and September (1997), a survey was conducted by the Architectural History Laboratory (Professor Takeshi Nakagawa), Faculty of Science and Technology, Waseda University, and in 1998 (Heisei 10), a building was donated to Sumida Ward by a resident's grandson. Was done. Sumida Ward registered this as a "former Koyama family residence" on February 16, 1999 as a tangible cultural property (building) registered by Sumida Ward, and on August 5, 1999, it was designated as a tangible cultural property by Sumida Ward. Specified in. As a facility to convey rural culture, a garden adjacent to the house has been developed, and on July 1st, it was opened as "Sumida Ward Tachibana Taisho Minkaen" and is open to the public. In the 2000s, it is also used as an exhibition venue, such as displaying May dolls before the Showa period and costumes and tools for Halle's day according to the season.

The building designated as a cultural property of Sumida Ward as the "former Koyama family residence" is a wooden one-story building with a frontage of 14.7 meters and a depth of 8.35 meters, a hipped roof, and a stile-roofed building, with a total floor area of ​​113.22 excluding the manager's room. Square meter (about 34 tsubo). In 1917 (Taisho 6), a private house was newly built with a wooden one-story hipped roof on the north side of the former main building, and the carpenter was Tetsugoro Taguchi (Daitetsu), who lives locally. The roof was thatched at the beginning of the construction, but it was replaced with a tiled roof in the 10s of the Showa era. Although it has been partially renovated, most of it retains its original appearance in the Taisho era, with the flat glass that was rare at the time of its construction being left in its original condition. Except for the fact that the soil floor is narrow, the interior floor plan is a typical farmhouse structure with four orthopedic floor plans. On the other hand, the exterior has the characteristics of a traditional Edo townhouse, such as the composition of a two-tiered roof and the fact that the front of the building is composed of delicate fine wooden lattice doors, exit lattice windows and black plaster walls. .. It has a structure that enriches both the living space and the guest room, and the materials and designs of the pillars and beams are enriched, and the internal structure also has the characteristics of both a farmhouse and a townhouse. There are two entrances, a front door and a dirt floor, in front of the dirt floor. There is a veranda on the upper side of the back room, and a toilet and a closet are placed at both ends of the veranda. Such floor plans are often found in private houses in the area around Sumida Ward, and are considered to be characteristic of modern suburban houses in the middle of urban and rural areas. In 1968 (Showa 43), it became a manager's office as of the 21st century.