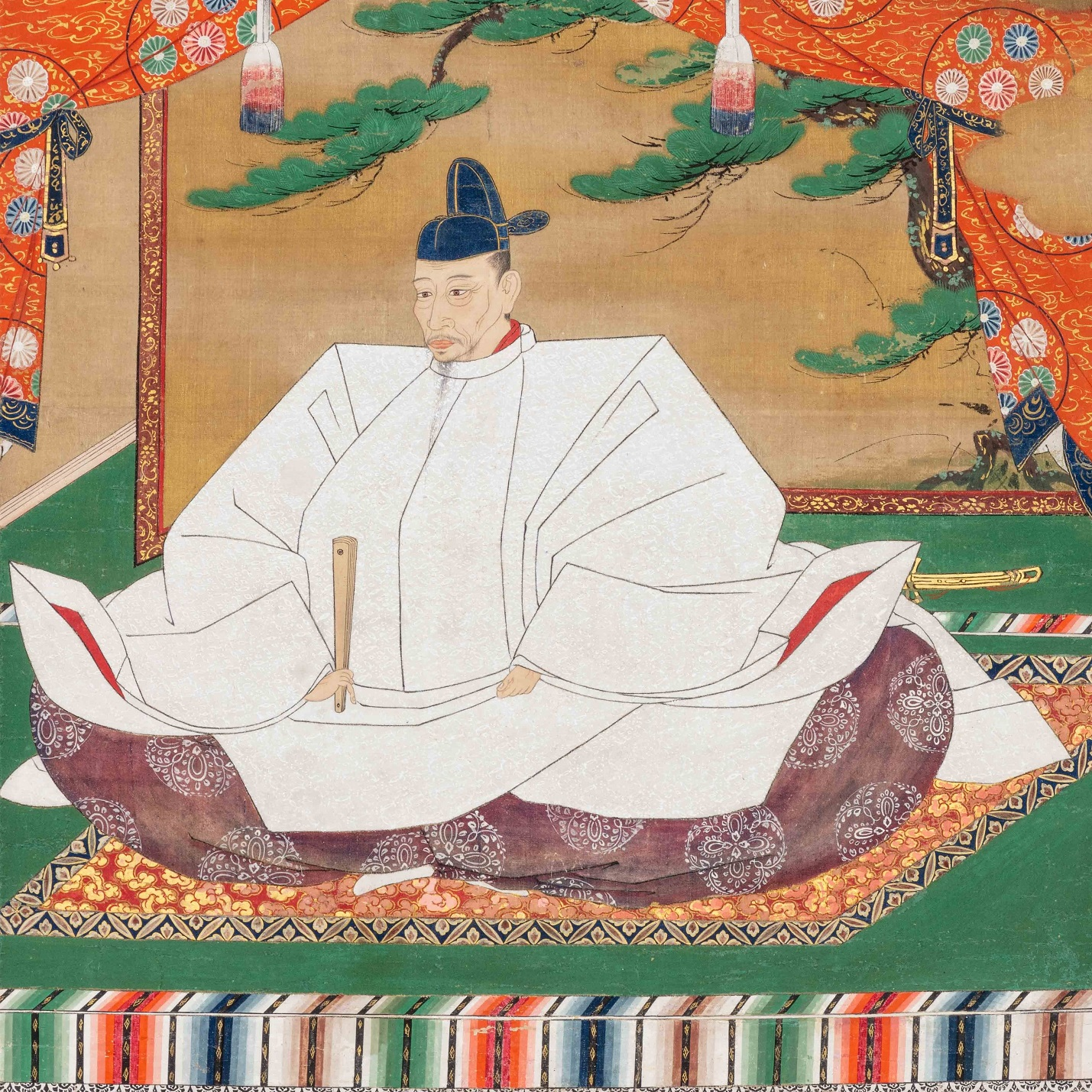 Toyotomi Hideyoshi (Toyotomi Hideyoshi / Toyotomi no Hideyoshi, old style: Toyotomi Hideyoshi) was a Japanese warlord and Sengoku daimyo from the Sengoku period to the Azuchi-Momoyama period. Tenkabito, (first generation) Samurai Kanpaku, Taiko. He is one of the Three Heroes. He succeeded Oda Nobunaga and unified the world, laying the foundation for modern feudal society. Son of Kinoshita Yaemon of Owari Nakamura. His childhood name was Hiyoshimaru. He called himself Tokichiro Kinoshita. He served Nobunaga Oda as a second son of Matsushita no Tsuna, and gradually distinguished himself with novel and unprecedented tactics and policies, and changed his name to Hashiba Hideyoshi (He is Hideyoshi). During the attack on China, when Nobunaga was killed by Mitsuhide AKECHI in the Honnoji Incident, he quickly reconciled with Terumoto MORI, returned to Kyoto, and defeated Mitsuhide in the Battle of Yamazaki. He defeated Katsuie Shibata at the Battle of Shizugatake, cementing his position as Nobunaga's successor. Based in Osaka Castle, he made Ieyasu Tokugawa his vassal in the Battle of Komaki and Nagakute, defeated Motochika Chosokabe, and conquered Shikoku. He became Kanpaku and Dajodaijin (Grand Minister of State), and was given the surname of Toyotomi by the Imperial Court. He defeated Yoshihisa Shimazu, pacified Kyushu, established a government, and issued sword hunting orders and piracy orders. He defeated the Hojo clan, conquered Kanto and Ou, and unified the country. He promoted domestic integration with many nationwide policies such as the Taiko kenchi, the Katanagari edict, the Sou no edict, and the Kokudaka system. Based on his strong power and financial base, he started to build gorgeous buildings such as Jurakudai and Hokoji Daibutsu (Kyoto Daibutsu), contributing to the development of Momoyama culture. In his later years, he decided to conquer Ming and sent troops to Korea (Bunroku-Keicho War), but in the midst of that, he died of illness while entrusting his heir, Hideyori, to the Five Elders including Ieyasu TOKUGAWA.

Hideyoshi's origins are widely known, but historical studies have not been able to show a definite historical fact based on various theories. His biological mother, Omandokoro, survived until Hideyoshi's later years, but there is nothing that shows his father's background in contemporary historical materials. Also, it is said that Omandokoro's real name is 'Naka,' but it is not clear. Hideyoshi had his own Otogishu, Yuki Omura, write a biography "Tenshoki", but Yuki Omura's explanation of Hideyoshi's background differs from book to book. In "Koreto Taijiki," which describes the Honnoji Incident, Ōmura described him as being of a low social status, saying, ``Hideyoshi was born, but he was not a noble.'' In "Jinkanki," the father of his mother, Omandokoro, was 'Hagi no Chunagon,' and it is described that he was born after Omandokoro served the Imperial Palace, implying that he was the emperor's illegitimate child. At that time, there was no Chunagon Hagi among court nobles, and it is believed that Hideyoshi instructed him to write in this way in order to provide side support for his appointment as Kanpaku. Also, in "Zaionki" written by Sadanori MATSUNAGA, Lord Hideyoshi hinted that he was an illegitimate child by saying, ``When my mother was young, a maidservant of the Imperial Palace in the Imperial Palace approached the gyokutai.'' It is stated that he made a statement. However, these are not considered facts. He is generally considered to have come from the lower classes. According to "Taiko Soseiki," which was completed in the early Edo period, Hideyoshi was born in Nakamura, Nakamura-go, Aichi-gun, Owari Province (now Nakamura Ward, Nagoya City) as the child of Yaemon KINOSHITA and Nakano, who were said to be foot soldiers. Yaemon KINOSHITA and Chikuami, who are considered to be his fathers according to the popular theory, are said to be ashigaru, peasants, doboshu, and even lower class, so it is not clear. In "Hokan" by Shigekado TAKENAKA, he was the son of a lower-class citizen in Nakamura-go, and the names of his parents are also unknown. Middle of Edo