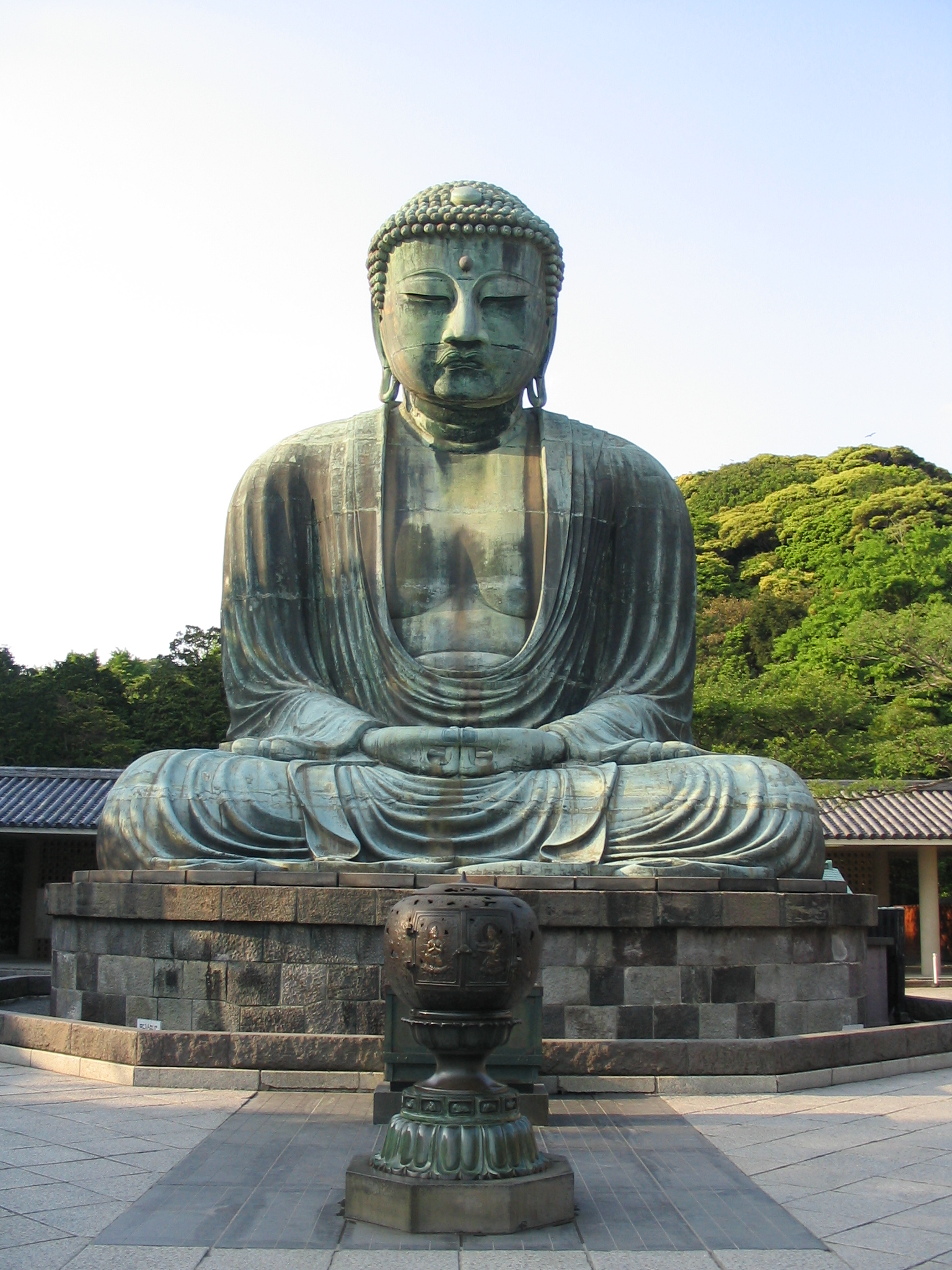 Amida Nyorai is one of the Nyorai of Mahayana Buddhism. Sanskrit name is Amitābha (अमिताभ, Amitābha) or Amitāyus (अमितायुस्, Amitāyus), which is transliterated as Amida. It is also called Amitabha Buddha (Amida Buddha), and is also called Amida Buddha for short. His Sanskrit name Amitabha means 'one who possesses immeasurable light' and Amitayus means 'one who possesses immeasurable lifespan', which is also translated into Chinese as 'Muryo Kobutsu' or 'Muryojubutsu'. It has a Buddhist land (Pure Land) called Gokuraku Jodo in the west (Yakushi Nyorai in the east), and in Gochi Nyorai, it is identified with Kanjizaio Nyorai in the west, but in the Shingon sect, Amida studied under Dharma Bosatsu. As a Buddha, it is treated as a separate deity.

For the time of completion of "Muryojukyo" and "Amitabha Sutra" among the "Three Pure Land Sutras," refer to "Muryojukyo" and Compiler. As of 2011, the original Sanskrit text of Kanmuryojukyo has not been discovered. Believed to have originated in Central Asia. "Buddha Sutra of Infinite Life" In order to save all sentient beings, he renounced the throne, under the name of Dharma Bodhisattva, practiced under Sezaizaiobutsu, meditated for the sake of saving sentient beings, found a way to rebirth in the Pure Land, and sought to save all sentient beings. It is said that after making a vow of ``Forty-eight vows,'' he made a vow again, practiced, and became a Buddha when that vow was fulfilled. It is also said that he is still preaching in 'Gokuraku', which is the land of Buddha. In the Jodo sects in particular, the '18th vow' out of the '48 vows' is emphasized. "Buddhist Amitabha Sutra" The state of "Paradise" and the virtue of Amida Buddha are explained. It is said that Buddhas in the eastern, southern, western, northern, lower and upper worlds as many as the sands of the Ganges River praise him. And how to be born in "paradise" is explained.

In the Jodo Shinshu sect, Amida Nyorai Ichibutsu is the principal object of worship. The core doctrine is to rely only on Amida Nyorai's Hongwanryoku (for details, refer to Tariki Hongwan). In the Shinshu sect, it is said that it should be a standing statue, based on the expression 'juryuuchuson' in "Kanmuryojukyo." It is said that sentient beings in the end of the world are mediocre people with earthly desires and cannot accomplish any good by their own power (self-power). Therefore, it is assumed that it can be saved only by "other power". It derives from the fact that Shakyamuni Buddha preached through the ``Three Pure Land Sutras,'' and Zendo commented on it in ``Kanmuryojukyosho'' and Honen in ``Selection Hongan Nenbutsushu'' (Selection Collection). Shinran, who received it, quoted and commented on it in "Kenjodo Shinjitsu Kyogyosho Bunrui" ("Kyogyoshinsho"). This is described briefly in Chapter 2 of "Oiisho".

Amitabha Buddha as the Supreme Buddha

In the "Bussetsu Muryojukyo", which is mainly used in various sects of Pure Land Buddhism, it is written that ``The mighty god of the Buddha of infinite life is Komyo, the highest honor, and the place where the light of all Buddhas cannot reach'', Shinran's book ``Ken In the Jodo Shinkkyo Gyosho Bunrui, it is written, ``All the Buddhas and Tathagatas of the Ten Directions, let us all praise the immeasurable deity of immortal life. All the Buddhas and Nyorai, who are immeasurable and boundless in the world, cannot help but admire him."

Amitabha Buddha as the Fundamental Buddha

The Nishiyama Fukakusa school of kenin claims that Amida Nyorai is the root of all Buddhas, and that all Buddhas are Amida Buddhas. As a teaching of this understanding, Shandao relied on the "Hanshu Sutra".