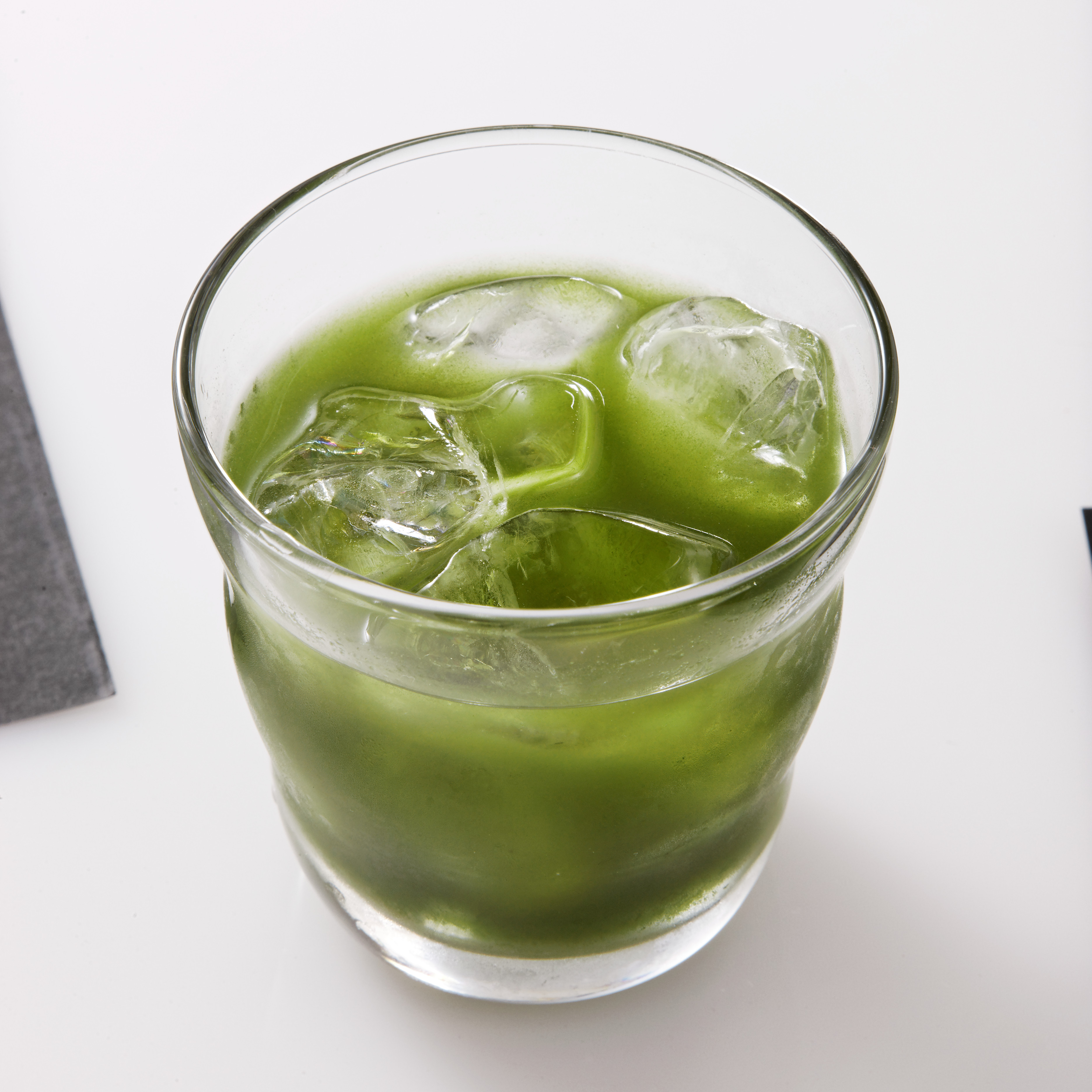 Aojiru (Aojiru, green juice) is a juice made by finely squeezing and squeezing green leafy plants such as kale, barley young leaves, ashitaba, and moroheiya, and chlorella. It is a popular name for so-called health foods, and there is no detailed definition. Aojiru products such as liquids, powders, and supplement shapes are sold in a wide variety of types, including those made from a single ingredient, those made from a mixture of multiple ingredients, and those containing other vegetables and fruits. .. Since each product has different raw materials and ingredients, its efficacy and safety in humans depend on the product. Be careful if you are taking warfarin (an anticoagulant), as some are high in vitamin K.

Although it is green, "blue" juice is used based on Japanese, which used the word "ao" without distinguishing between green and blue until the postwar period. Even now, the word blue is sometimes used for green things, such as green vegetables, green apples, and green lights. It is called "green juice" in English, but this is a direct translation of the meaning of Japanese.

In 1943 (Showa 18), during the food shortage during the war, Niro Endo, who was a professor at Osaka Women's Medical College (currently Kansai Medical College) at that time, had abandoned the green leaves (green leaves). I thought about drying radish, sweet potatoes, satoimo leaves and wild grasses) and using them as food. In 1944 (Showa 19), in order to eat a lot of green leaves, she started to squeeze the trefoil and drink it, and her wife named it "Aojiru". In 1945 (Showa 20), he was assigned to Kurashiki Central Hospital and recommended green juice to patients, but it was not accepted at first. Eventually, the meaning of raw vegetable juice was written in the best-selling book of Hauser food, and the number of followers of green juice is increasing among patients. In 1954 (Showa 29), the kale seeds that were noted in the gardening book were sent from the United States, and the kale green juice "Endo Aojiru" was born. Even now, there are companies that sell only 100% kale green juice made according to this method. In 1961 (Showa 36), his book "The Utility of Aojiru" became a bestseller, and he was called "Guru of Aojiru" and "Dr. Aojiru". In 1962 (Showa 37), Endo Aojiru Tomo no Kai released dried Aojiru powder. Powdered green juice can be used not only in water or milk for drinking, but also for cooking cookies and pancakes. In 1997 (Heisei 9), he continued to raise awareness of Aojiru until his death at the age of 97.