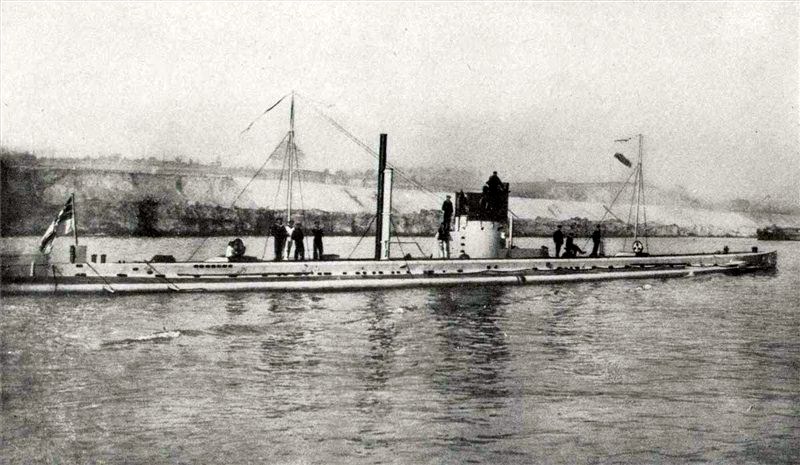 U-boat (German: U-Boot, English: U-boat) is a general term for submarines owned by the German Navy. It generally refers to the period from World War I to World War II in particular. Due to the spectacular performance of the German submarine fleet, the name of the U-boat became widely used as a synonym for German submarines. In World War I, about 300 ships were built, and although about 5,300 merchant ships and 10 battleships were sunk, 178 ships were lost in battle. In World War II, 1,131 ships were built, and by the end of the war, about 3,000 merchant ships, 2 aircraft carriers, and 2 battleships had been sunk. During the war, however, the Allies devised effective countermeasures, resulting in the loss of 849 ships, the highest mortality rate of any other unit in the entire German army.

The German "U-Boot" is an abbreviation for "Unterseeboot", meaning any submarine of any age or nationality. In English, the term U-boat is used exclusively to refer to German submarines during World War I and World War II. Although there is a U, it does not mean that it resembles the shape of the alphabet. Submarine tactics vary, but the German Navy's U-boats in both World Wars I and II were primarily used to destroy commerce. The German navy did not have a strong surface force, so naval control always belonged to the British. For this reason, he thought that a submarine, which could not destroy commerce with a surface ship and could operate under the influence of the enemy's powerful surface fleet, would be best suited for this task. As a result, it became the main force in the German Navy, which had a weak naval force. It has never been seen in the history of the military," and was operated with many technical flaws. During World War II, the Allies deployed a variety of anti-submarine strategies and tactics that ultimately overwhelmed the older U-boats. "In the late (and early) warfare against U-boats, the positions were reversed. It was the U-boats, not the merchant ships, that were hunted." is represented in In addition, the exact position of the U-boat was unknown to the upper management, and only the crew members knew, so the only thing they knew was that it "seemed to have sunk" until there was no regular communication.

Advantages of submarines Submarines at the time had advantages such as being difficult to be detected by the enemy, having torpedoes capable of sinking large ships, and being cheaper to build than large ships. It can be said that this is a weapon for guerrilla tactics used by small countries against major powers. On the other hand, it was evaluated as ``low speed, few chances to meet the enemy, and even if you can contact the enemy, it is disadvantageous in battle with a surface ship with a strong escort.'' attack without warning In order to maximize the stealth of submarines, U-boat warfare used the tactic of attacking merchant ships without warning. Throughout the two world wars, the main targets were merchant ships traveling between enemy countries such as Great Britain and the colonies. After the United States entered World War I, merchant ships carrying supplies and troops from the United States to Europe were added to the target, and in World War II, the Soviet Union fleet was added as a target. covert transport In addition to commerce destruction, the use of technology