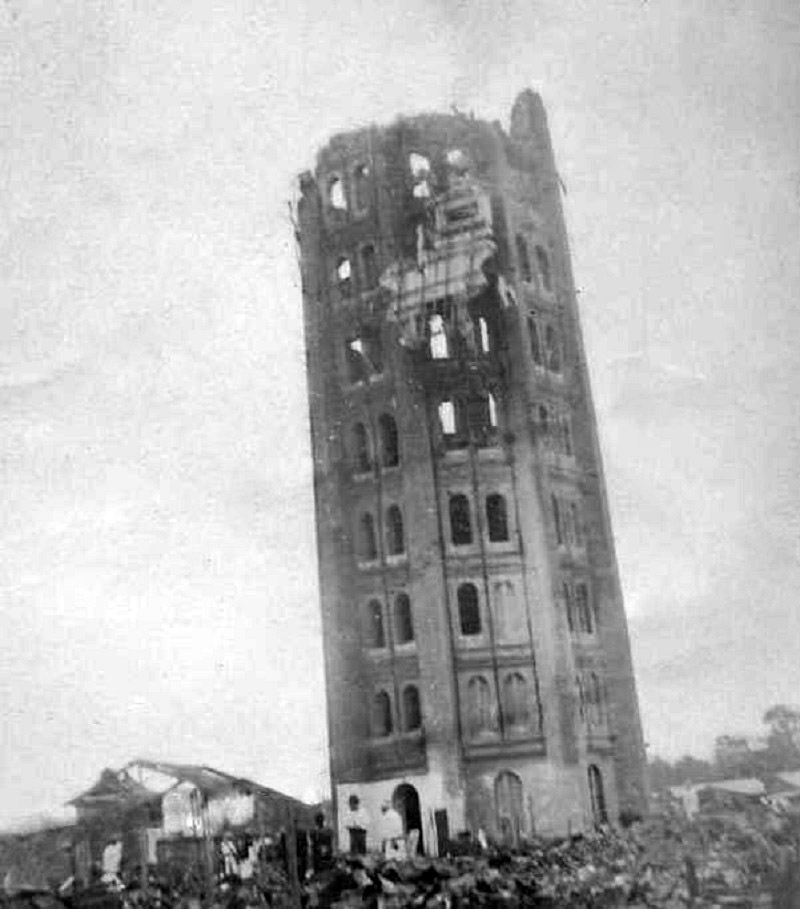 According to the seismic mechanism announced by Hiro Kanamori in 1971, the Great Kanto Earthquake was presumed to be caused by a reverse fault with a low subduction angle parallel to the main axis of the Sagami Gorge in the direction of the Miura Peninsula extension. In 1996, Masayuki Takemura analyzed the seismic origin mechanism through the initial distribution of the P wave, and as Kanamori said, a slope inclined about 34 degrees in the northeast direction, which is estimated to be the subduction direction of the Philippine Sea Plate, is estimated to be a fault. It is assumed that there are many components, but there are many other hypotheses, so this is not certain. The Earthquake Research Committee of Japan considers the earthquake to be caused by the North American plate being pulled down from the interplate area where the Philippine Sea plate is subsidence and then bounced up in the opposite direction. On the other hand, the boundary point between the plates on the Honshu side of the Philippine Sea Plate is geologically near Zenith. According to the estimation through tectonic fluctuations, it is estimated that the seismic fault is as far inland as the Shonan region, and the vibration of the earthquake was the most severe in the Odawara region. Although the Tokyo Metropolitan Government has observed a seismic intensity of 6, no earthquakes with a seismic intensity greater than 6 have been observed in Tokyo except for the last earthquake caused by the Miyake Island volcanic eruption in 2000.

In 1905, before the Great Kanto Earthquake, there was the following debate between Tokyo Imperial University professors Fusakichi Omori and Akitsune Imamura. Professor Imamura predicted in the magazine Taeyang that a major earthquake would occur within 50 years in Sagami Bay, south of Tokyo, and argued in an editorial that the entire area of ​​Tokyo should be thoroughly prepared for the earthquake and its resulting fires. However, Imamura's prediction failed to win the trust of other scholars because there was no clear basis for it, and the magazine articles were reported sensationally. In particular, Professor Omori, a world-renowned seismologist who successfully predicted earthquakes several times, strongly criticized this prediction. Professor Omori hypothesized that regular, small-scale earthquakes would reduce the risk of earthquakes by relieving the seismic stress of the fault. , periodic earthquakes in mid-1922 (M6.8 eastern Kanagawa earthquake), and early 1923 (M6 earthquake off the coast of Ibaraki Prefecture).