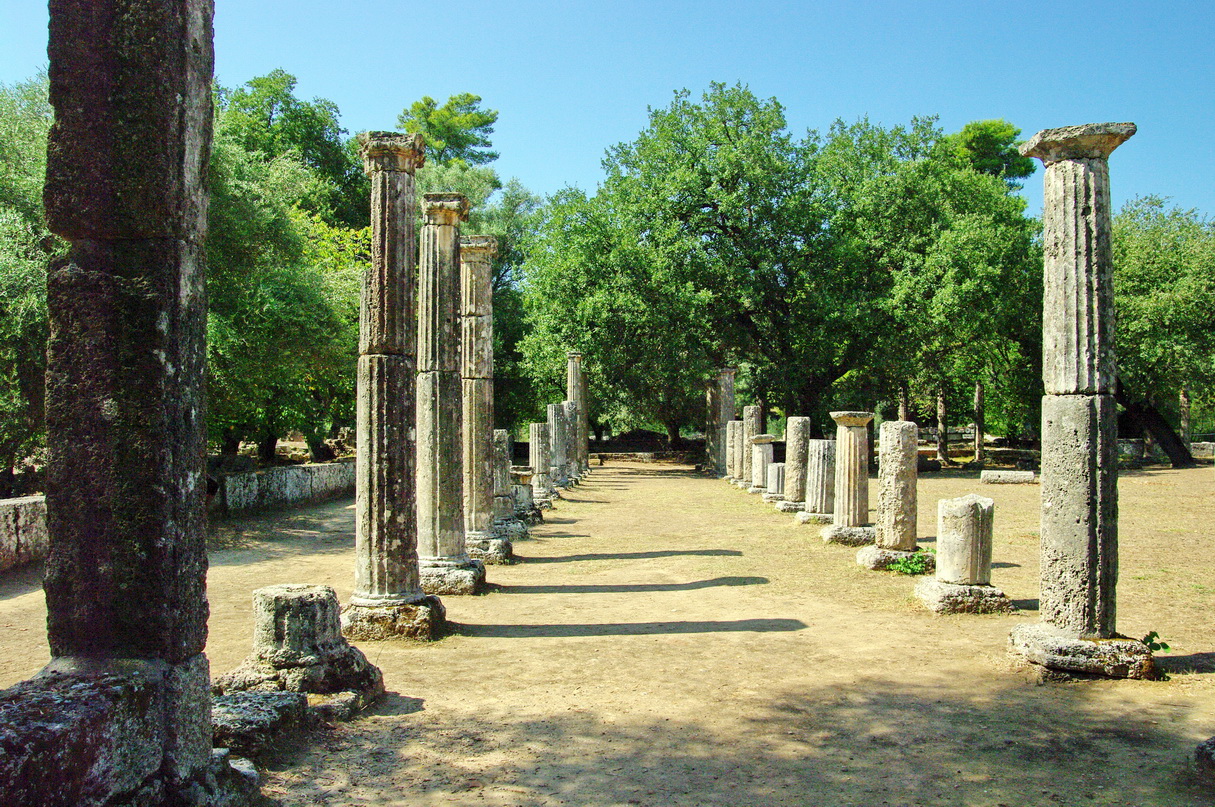 The Ancient Olympic Games (French: Jeux olympiques antiques) are said to have been held for the first time by Hercules in 776 BC in the ancient Greek city-state of Ellis, but in fact, it is said that it was held every four years in Olympia a century before that. . In the ancient Olympic Games, only men were allowed to participate, and women were not allowed to participate as well as spectators, and women who watched or participated in the Olympics were punished by death. It is also said that all players played the game naked. In the event of the competition, only sprinting was initially conducted, but gradually medium-distance running and long-distance running were included, and boxing, wrestling, discus throwing, javelin throwing, and chariot racing were added. However, when the political neutrality of the host country, Ellis, was broken due to the Peloponnesian War in 431 BC, the Olympic organization began to collapse. Then, in 392 AD, Emperor Theodosius I of the Roman Empire made Christianity the state religion of the Roman Empire, and in 393 AD, the 293rd Olympic Games finally ended the ancient Olympic Games. After that, the Olympics were suspended until Pierre de Coubertin founded the modern Olympics.

It must have been held to enhance the status of the country by exhibiting several Greek city-states and at the same time further solidify the alliance. The characteristic of the ancient Olympics is that five events are held over three days after the present opening and closing ceremonies, a commemorative and thanksgiving ceremony for Zeus, are held. The duration of the event is 5 days, including the celebration of Zeus and thanksgiving. The winner of each event will be awarded a coffin made of laurel and will receive a reward.

referee, players Oath: The players sincerely told Zeus to fight fairly and fairly. The referees took an oath not to reveal the secrets of the players. (At that time, taking the oath was also considered a game.) main game Pentathlon: At that time, the pentathlon was called Pentathlon, from the Greek word pente meaning 'five'. Discus throw, javelin throw, running, wrestling, and long jump were performed in order. Chariot Race: Measures whether a chariot travels the fastest. Since the tank's owner is the participant, not the rider's, one owner could win multiple ranks. Stadium: A type of track and field event that runs from the northernmost to the southernmost of the stadium. The stadium is named after this match. Other events include the Diaulos round trip and the Dolichos 24 stadium run. Also, the person who won the gold medal in all three events is called Triastes, but Leonidas is said to have maintained the place for the Triastes four times in a row.) Pankration: The toughest boxing match, a combination of pan, meaning all of us, and kratew, meaning grab. Surprisingly, it is allowed to touch any part of the body during the match. It is possible to grab an opponent's genitals, but biting and stabbing in the eyes are prohibited. The game time is unlimited, so who can abstain?