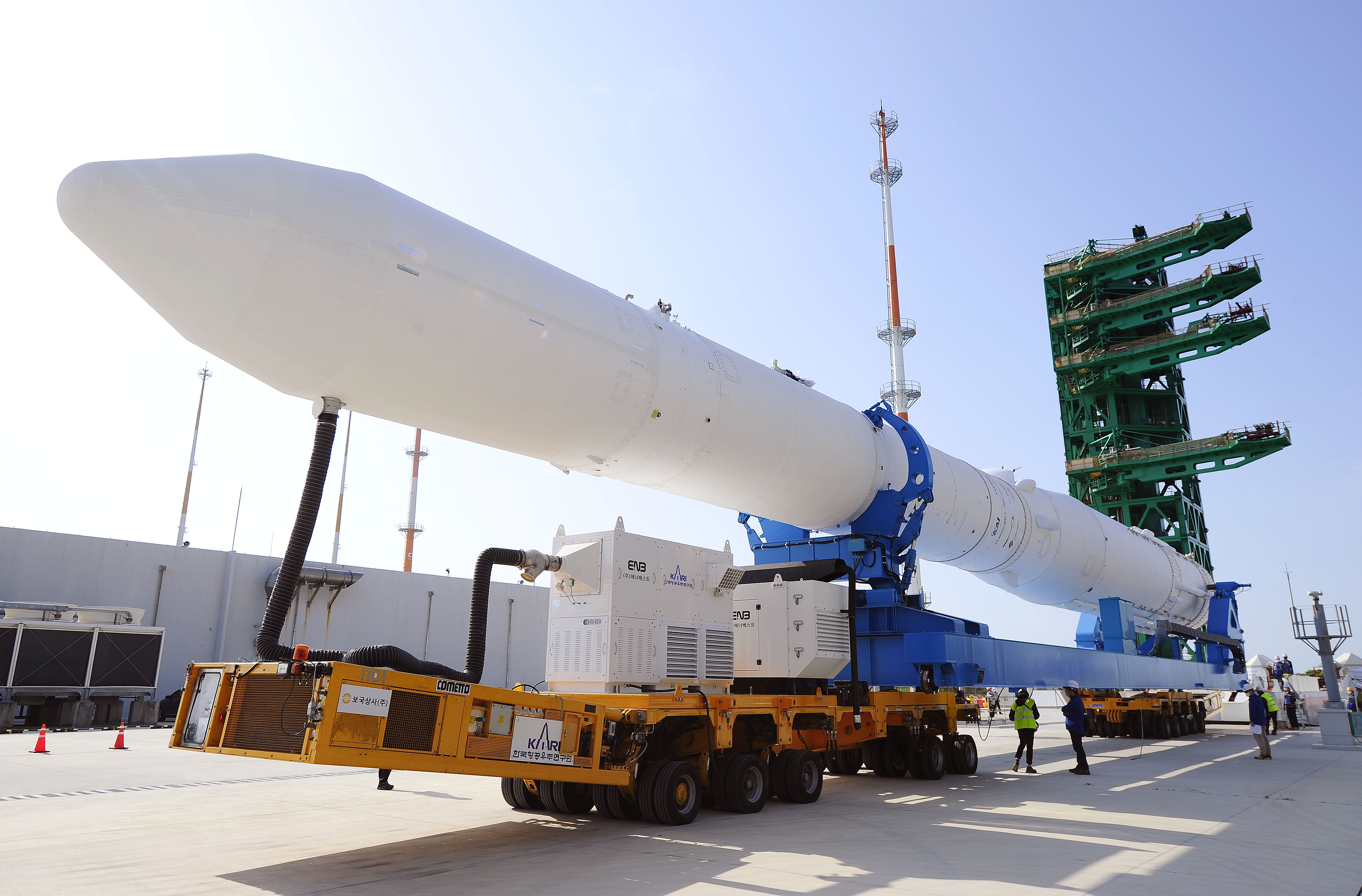 The Nuri (-號, English: Nuri, KSLV-II, Korea Space Launch Vehicle-II) was developed in June 2021 and launched on October 21, but failed to land in orbit, and at 16:00 on June 21, 2022, the following year. (KST) The second launch was successful at the Naro Space Center in Korea. The next third launch is scheduled for the first half of 2023, and the final sixth launch is scheduled for 2027. For reference, in 2030 and 2031, a lunar landing verification vessel and a lunar lander will be sequentially launched using next-generation projectiles. By separating the 1.3-ton performance verification satellite and the satellite model and placing them in orbit, Nuri is the first low-orbit practical satellite launch rocket in Korea, and the Korean launch vehicle (KSLV), which succeeded in self-development with pure domestic technology without foreign technical support. -S), and it is expected to become the technical basis for medium and geostationary orbital projectiles and large geostationary projectiles in the future. 2 trillion won was invested, four times the budget of 500 billion won for the Naro (KSLV-I). It was called KSLV-II, a Korean launch vehicle for a while, and the official name was decided to be the Nuri. The first test launch took place at 17:00, 1 hour later than scheduled on October 21, 2021, and the mounted satellite model was separated around 17:15. The projectile successfully reached an altitude of 700 km, but failed to put the satellite into orbit as the three-stage engine burned out 46 seconds earlier than planned.