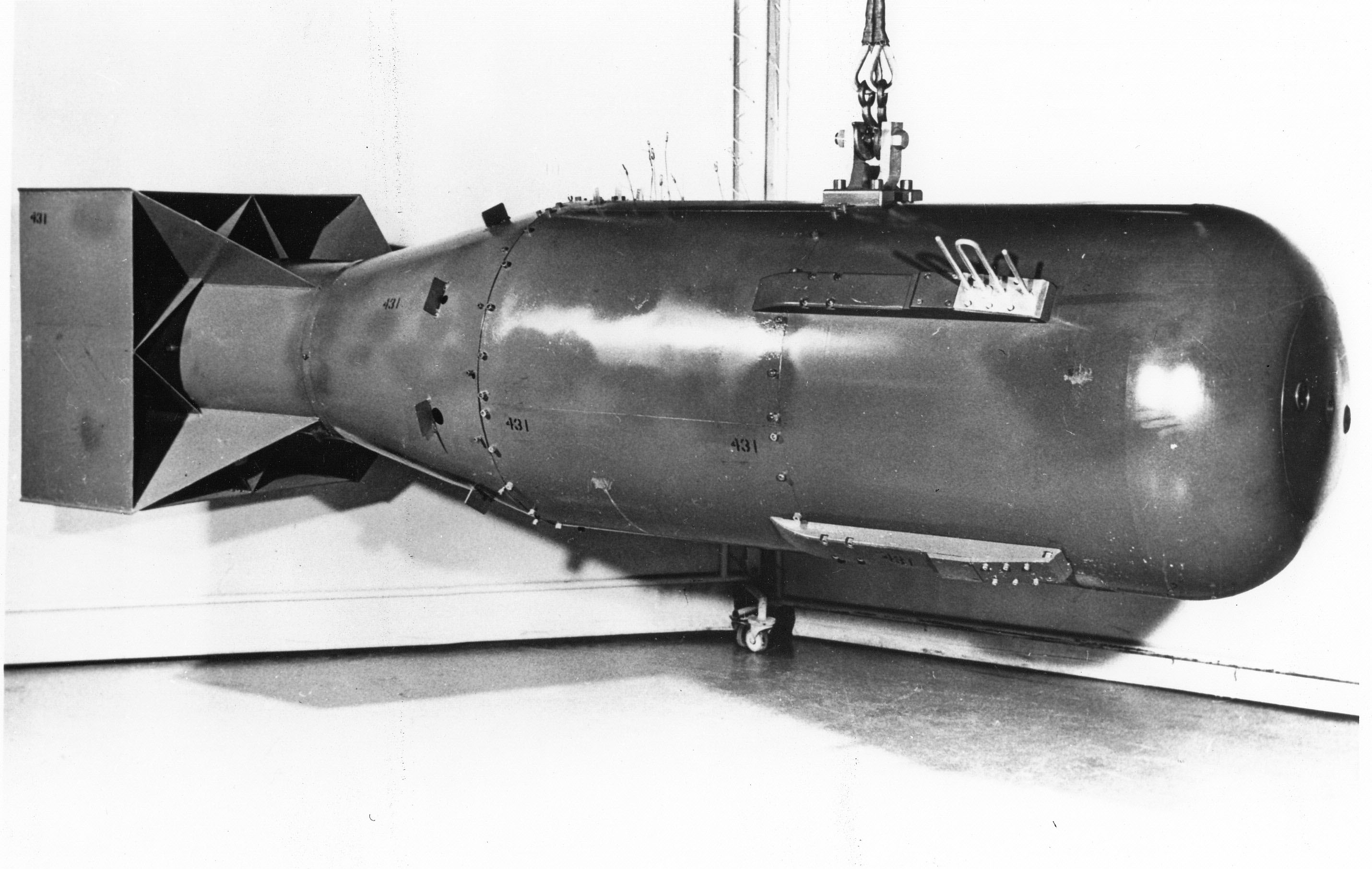 Little Boy is the code name given to the nuclear bomb dropped on Hiroshima, Japan on August 6, 1945. A B-29 bomber nicknamed Enola Gay, piloted by Colonel Paul Tibbets, took off from an airfield north of Tinian Island, arrived in Hiroshima 2531 km, and was dropped at an altitude of approximately 31,000 feet (9,450 m), Japanese Standard Time. At 8:15, it exploded 1,800 feet (550 meters) above sea level. Little Boy was the first nuclear weapon used in warfare, one of two actually used, the other being the Fat Man dropped on Nagasaki. The stick-shaped 'little boy' and the ball-shaped 'fat man' were also nicknames for 'Roosevelt and Churchill.

The names of the three nuclear bomb design projects during World War II ("Fat Man", "Thin Man", and "Little Boy") were named after Robert Serr ("Fat Man", "Thin Man", and "Little Boy"), who was a student of Los Alamos director Robert Oppenheimer. Robert Serber) is said to have named it. According to his later memories, he chose the name according to the shape of the bomb. 'Thin Man' would have been a very long aircraft, probably from the Dashel Hammett detective novel and movie of the same name. Fat Man was named after a character named Kasper Gutman, who was round, chubby, and appears in the Maltese hawk on Green Street, Sydney. Little Boy was the last to be manufactured, a name given to contrast with the Thin Man bomb. The Thin Man was originally scheduled to be 17 feet long, but when it was learned that the U-235 required a slower propulsion speed, special measures were needed.

Eight scientists played a leading role in creating Little Boy. Contrary to popular belief, it was Gillard, not Einstein, who wrote the letter to Franklin D. Roosevelt (FDR), and Einstein only signed the letter and actually had no idea about the project. In August 1939, Gilard and Eugene Wigner drafted the Einstein letter. They were signed by Einstein and handed over to President Franklin D. Roosevelt. President Roosevelt appointed Lehman Briggs of the National Standards Institute to chair the uranium advisory committee and instructed him to investigate the contents of the letter. Briggs met a committee on October 21, 1939, attended by Gilard, Wigner, and Edward Teller. In November 1939, the Commission reported to President Roosevelt that "uranium could produce a more powerful explosive than any bomb in existence." In 1942, President Roosevelt directed the Manhattan Project. President Roosevelt, who succeeded in winning a fourth term through constitutional amendments, died suddenly of a brain hemorrhage while jogging on April 12, 1945, the beginning of his fourth term, and hardliner Vice President Harry S. Truman succeeded as president. The world's first nuclear test in July 1945