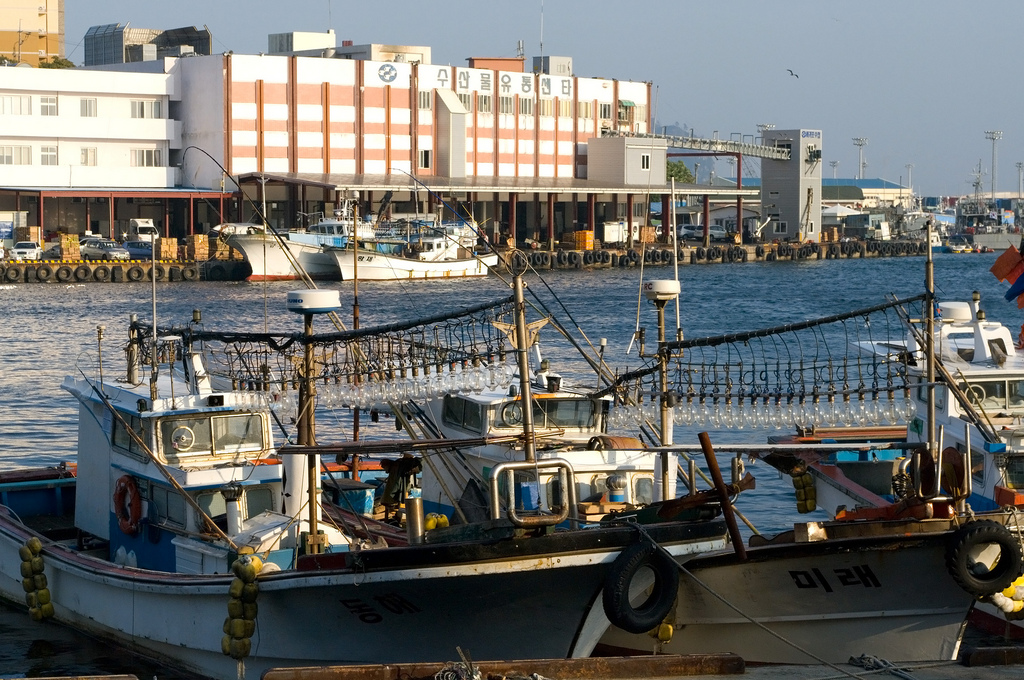 Seogwipo is an administrative city located in the southern part of Jeju Special Self-Governing Province, South Korea. Seogwi-eup, which belonged to Namjeju-gun in the past, was urbanized around Seogwipo Port and was promoted to Seogwipo City in 1981 and separated. An innovative city is under construction in Seoho-dong, and the Civil Service Pension Service, the National Meteorological Research Institute, the Korea Foundation, and the National Tax Service Training Center are scheduled to be relocated.

At the beginning of the Joseon Dynasty, according to the suggestion of Pastor Oh Shik of Jeju, Jeongeui-hyeon and Daejeong-hyeon were established in the prefecture Seogwipo-si area south of Hallasan Mountain in 1416. The Seogwi-eup area and the eastern eup and myeon belonged to Jeongjeong-hyeon, and the Jungmun-myeon area and the rest of the eup-myeon belonged to Daejeong-hyeon. During the reign of King Taejong of the Joseon Dynasty, Seogwi was called Eui-hyeon's right-myeon, and Jungmun was called Dongjwa-myeon of Daejeong-hyeon. In 1915, during the Japanese colonial period, Seogwi became Umyeon and Jungmun became Jwamyeon, and in 1935 Seogwi-myeon and Jungmun-myeon were renamed to Seogwi-myeon. In 1946, after liberation, an apprenticeship was implemented on Jeju Island. Namjeju-gun was established under the jurisdiction of old Daejeong-gun and Jeongui-gun. The current towns were Seogwi-myeon and Jungmun-myeon, Namjeju-gun, respectively. In 1956, Seogwi-myeon was promoted to an eup, and on July 1, 1981, Seogwi-eup and Jungmun-myeon were merged and separated from Namjeju-gun and promoted to a city. Unlike a self-governing city, it was converted into an administrative city rather than a local government.

To the north, it is bordered by Mt. Halla, bordering Jeju City, and to the south, it is bordered by the East China Sea. Like Jeju City, the coastline is monotonous, and several islands are located. Like Jeju City, most of Seogwipo City's population is concentrated on the coast, and parasitic volcanoes called Oreum are widely distributed in mountainous areas. Jeju Island is the only place in the world that has been certified by UNESCO's three major protection systems. It has selected abundant ecological resources. Hallasan Mountain, Seongsan Ilchulbong Peak, Cheonjiyeon Falls, shellfish fossil Seogwipo Formation, columnar joint, Sanbangsan Mountain, Yongmeori Coast, and Songaksan Mountain are recognized as representative attractions of the Global Geopark. Marado is the southernmost island of Seogwipo City and the southernmost island of Korea. .