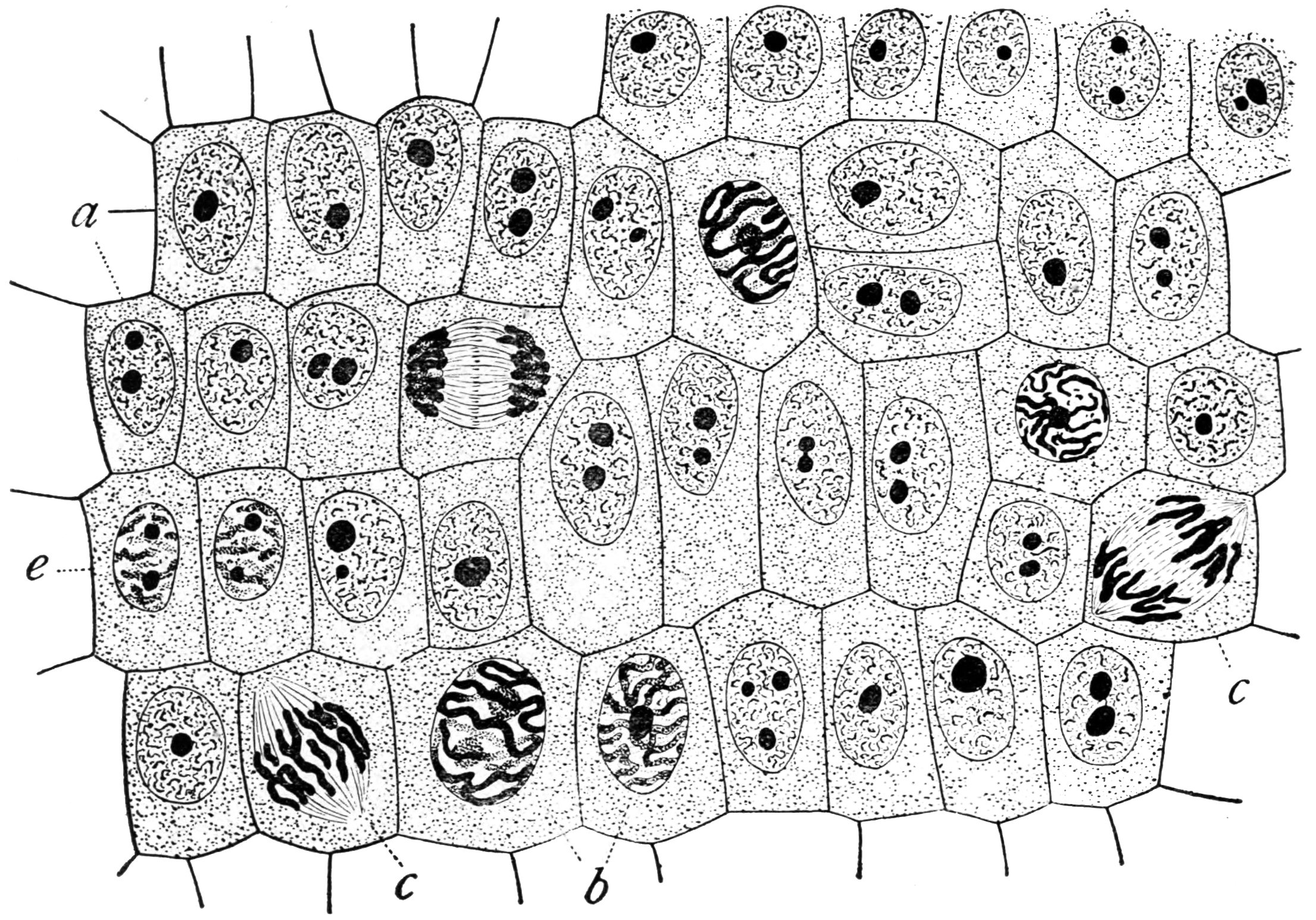 A cell (細胞, English: cell) is the structural and functional basic unit of all living things. The study of cells is called cell biology. Cells are composed of a cytoplasm surrounded by a cell membrane and contain many biomolecules such as proteins and nucleic acids. Organisms can be classified as either unicellular (consisting of single cells, including bacteria) or multicellular organisms (including plants and animals). The number of cells in plants and animals varies from species to species, and it is estimated that humans have about 60 trillion (6×1013) cells. Most plant and animal cells can be observed under a microscope in the range of 1 to 100 (μm) micrometers. Cells were first discovered in 1665 by the British scientist Robert Hooke. It was named for its resemblance to the small rooms in which the monks of Christian monasteries lived. German scientist Matthias Jacob Schleiden proposed the plant cell theory in 1838 that "all plants are made up of cells", and German scientist Theodor Schwann proposed the animal cell theory in 1839 that "all animals are made up of cells" did Schleiden and Schwann proposed the cellular theory that "all living things are composed of one or more cells, cells are the structural and functional units of all living things, and all cells are derived from previously existing cells". It is estimated that the first cells appeared on Earth about 3.5 billion years ago.

Each cell can at least metabolize itself. In other words, it can take in nutrients and convert it into energy, perform its own functions, and reproduce as needed. Each cell has its own organelles to carry out these various life activities. All cells share the ability to: Reproduction through cell division (binomy, mitosis, meiosis) From nutrients absorbed through metabolism, it forms the building blocks of cells, creates energy, molecules, and discards by-products. A cell's function is determined by the way it extracts and uses chemical energy. This energy is extracted from metabolic pathways. Protein is synthesized through the process of protein synthesis. A typical breast cell can have as many as ten thousand different proteins. It has a signaling system for external or internal stimuli. That is, stimuli include temperature, pH, and nutrients. transports parcels.

Prokaryotes contain two stations in the three-station classification system, the bacterium and the archaea. Prokaryotes are the first living organisms on Earth, and are characterized by performing important biological processes, including cell signaling. Prokaryotic cells have a simpler structure and smaller size than eukaryotic cells, and do not have membrane-enclosed organelles such as the cell nucleus. Prokaryotic DNA is circular DNA, composed of a single chromosome, and is present in the cytoplasm. A DNA, RNA, and protein complex that exists in the cytoplasm of prokaryotic cells. A structure corresponding to the nucleus of a eukaryotic cell is called a nucleoid. Most prokaryotes are 0.5-2.0 µm in diameter and are the smallest living organisms. Prokaryotes have three structural regions. The cell membrane surrounds the cell, and is usually