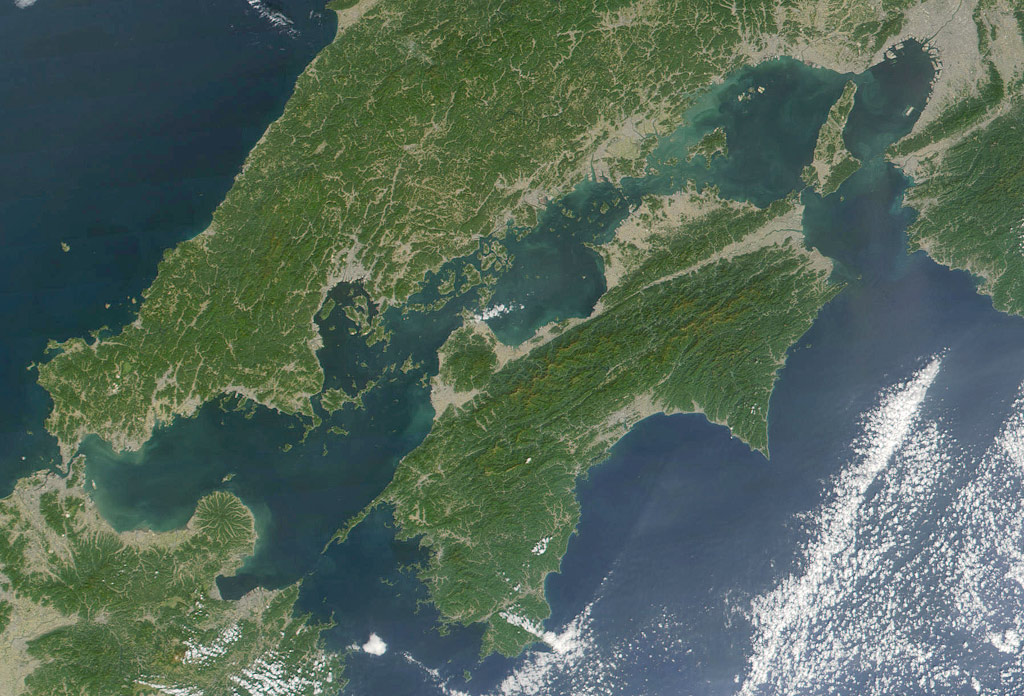 With the birth of the Japanese archipelago about 19,000,000 years ago, the predecessor of Shikoku was born. It was surrounded by three mainland areas, Kinki, Sanyo, and Kyushu, across the Seto Inland Sea. In the central part of the island, the Shikoku Mountains and the Sanuki Mountains rise like the natural boundaries of each prefecture. The Chuo rescue boat runs east and west across the Sadamisaki Peninsula from the north of the Yoshino River. The highest point on the island is Mt. Tengu (天狗岳, Ehime Prefecture) on Mt. Ishizuchi. It is the 49th largest island in the world, excluding continents.

Almost all of Tokushima Prefecture, southern Ehime Prefecture, and areas facing the Pacific Ocean, such as Kochi Prefecture, belong to the Pacific side climate. It is warm under the influence of the Kuroshio Current that flows through the Pacific Ocean, and because spring arrives early, the first declaration of cherry blossoms on the mainland is often around Kochi Prefecture, making this area a popular place for facilitating cultivation or as a campground for professional baseball teams. Industries and events that take advantage of the climate develop. The forestry industry is prosperous due to the large amount of precipitation.

Since Shikoku is located to the southwest of Kinai, in Kokishichido, it was included in the South Sea along with Nanki and Awaji Island. Dogo Onsen in Iyonokuni, located in the northwestern part of Shikoku, where we met at the midpoint of the Kinki-Kyushu route, contains records of the bathing of Emperors Jomei and Saimei (Nihon Shoki), as well as records of writers' bathing (来浴記録 (Manyopjip) is also available.